Specs and Photos of the Willys F-134 4-cylinder 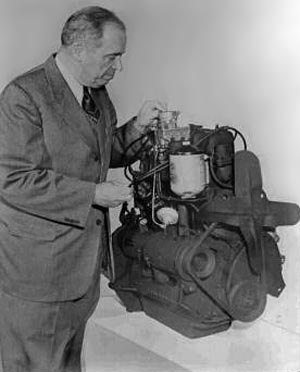 One of the cars that put the roar in the Roaring 20's was John North Willys' 1926 Overland Whippet with its new 4-cylinder engine, which later became the basis of the "Go-Devil" engine used in the jeeps of World War II. The similar but taller "Hurricane" F-head engine, which Willys began putting in its larger vehicles in 1949, had the same 134 cu.in. (2.2 liter) displacement, but had its intake valves in the head rather than the engine block. The "F" is simply the shape of the up-and-down valve arrangement (150K JPEG).

The first 1/4-ton Jeep big enough for the new engine was the military M38A1 in 1951. The first civilian Universal Jeep with the Hurricane engine was the new "high-hood" 1953 CJ-3B. Seen here with an early F-134 is Willys-Overland chief engineer Delmar G. "Barney" Roos, who played an important role in the development of both the Hurricane and its predecessor the Go-Devil. 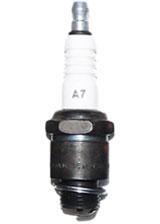 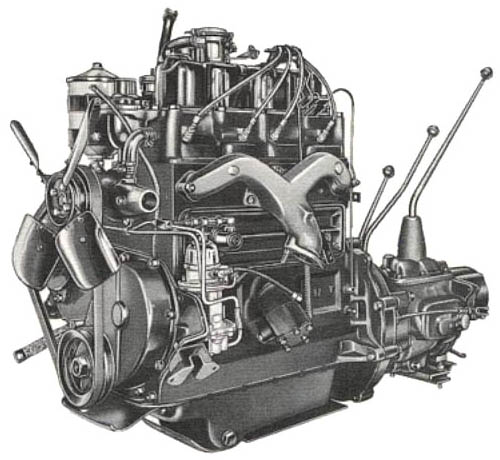 Surviving examples suggest the engines were painted black, often with an orange sealant coat underneath. Further information on paint is welcome.

The F-134 engine number (beginning with the prefix 4J for original CJ-3B engines) is found on the water pump boss (20K GIF) on the front of the block. Letters following the engine number indicate odd-sized parts:

Here are direct links to some of the F-head photos on this website. For more information on a particular owner's Jeep below, use the Search page, or look on Jeep CJ-3B Owners and Photos. Thanks to Brian McCarthy for the two photos seen here. 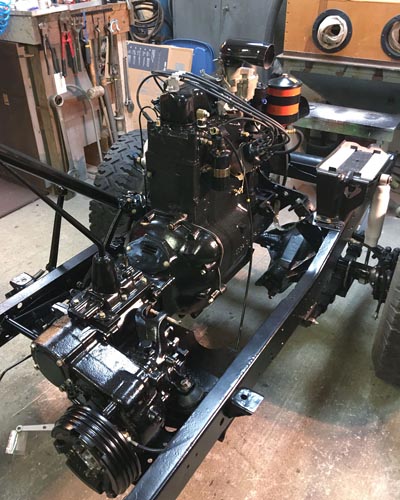 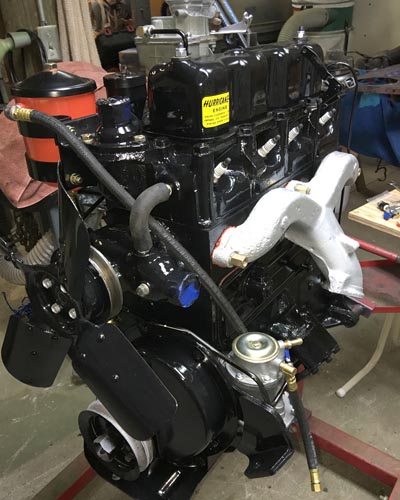 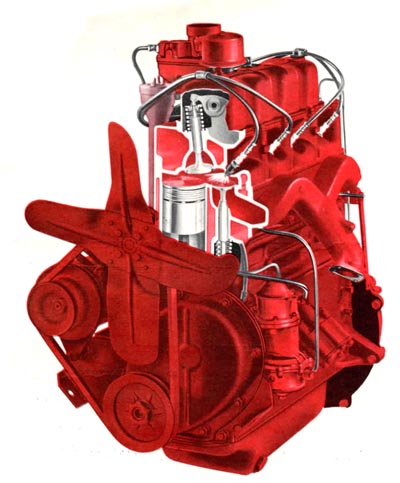 Thanks to Wes K., Oldtime, Bruce Agan and all the photographers, including Jim Allen, Tom Edwards and Tony Phillipson.

See also my cartoon "Arrival of the F-heads". -- Derek Redmond

For more engine information on CJ3B.info, see F4-134 Engine Horsepower and Torque and lots of pages of Tech Tips including the F-head Engine Rebuild.