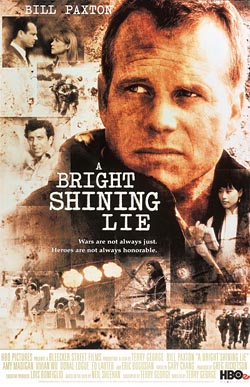 Neil Sheehan's 1988 Pulitzer Prize-winning non-fiction best seller A Bright Shining Lie told the story of the Vietnam war, through the unusual story of Major General John Paul Vann, who came to Vietnam in 1962 as a Lt. Colonel and a military adviser to the South Vietnamese army. He was critical of the way the war was being conducted, and was forced to resign from the Army. Eventually coming to believe the war could be won, he returned to Vietnam and became the first American civilian to have a General's command, before being killed in a helicopter crash. The "bright shining lie" was the theory that the United States could win a guerrilla war by conventional means.

The book could easily have formed the basis of a television mini-series, as it covers the history of Vietnam and the war, woven together with Vann's personal life and his womanizing, his frustration with the military leadership, and his later battlefield successes. It includes an epic description of the Battle of Ap Bac, in which the South Vietnamese army suffered a humiliating defeat at the hands of the Viet Cong in January 1963. When the book was adapted into a two-hour docudrama, shot in Thailand in 1998 at a cost of $14 million, it was the most expensive TV movie ever produced by Home Box Office (HBO), but the budget was still relatively low for a feature-length film. 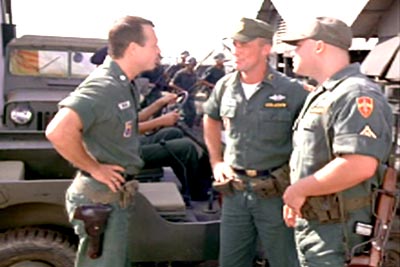 Bill Paxton plays John Paul Vann, a complex character full of contradictions. His story forms the heart of the film, as some of the larger picture of the war is lost in condensing the story to two hours. But still there are Jeeps, forming a significant part of the background that establishes the era and the setting. 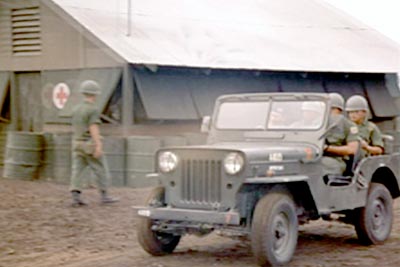 Particularly in the early part of the film, as Col. Vann works with the Army of the Republic of Vietnam (ARVN), Mitsubishi CJ3B-J4C Jeeps are the everyday transportation on the ground. We see them front and rearand even at the airport (60K JPEGs). 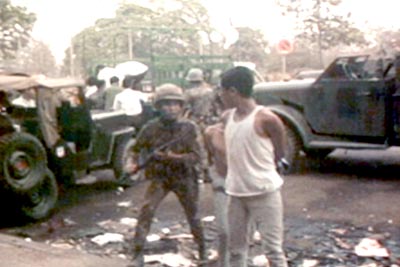 A Bright Shining Lie makes good use of real documentary footage to help recreate the war in a way that otherwise could not have been done on a TV budget. It's famous for the opening sequence in which a napalm raid on the jungle is cut to the soundtrack of Jefferson Airplane's "Somebody to Love."

This newsreel shot includes a Willys CJ-3B which has a Mutual Defense Assistance Program (MDAP) decal on the side. 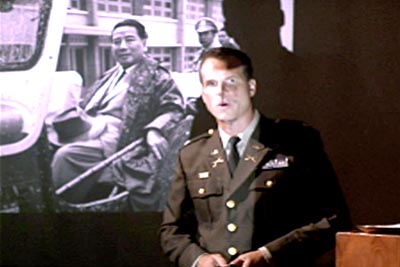 We even get a glimpse of a CJ-3B in a film shown by Col. Vann during one of the briefings that he gives in Saigon and Washington. 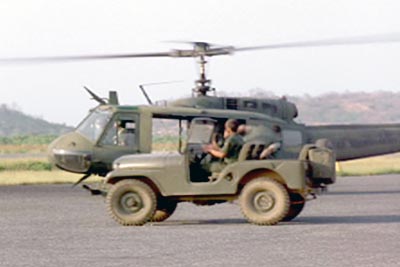 Some other Jeeps also make appearances. At first glance a military M38A1, this is actually a CJ-5 painted in olive drab. It's not clear whether this is accurate, or simply a shortcut by the filmmakers. 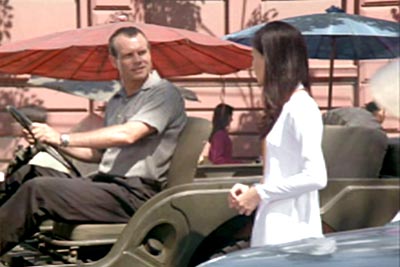 Probably not an uncommon use of Jeeps in Vietnam, but one we don't often see in photos. John Paul Vann finds young women irresistable, a fact that complicates his career. 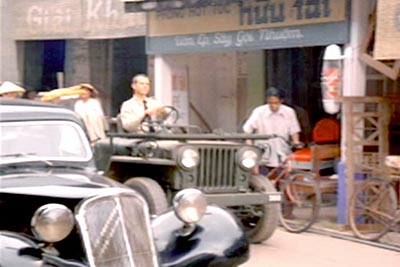 Vann also gets issued an M38, seen here behind a Citroën Traction Avant (CTA), an automobile commonly seen in Vietnam, which was a French colony known as French Indochina until 1954. The CTA was built by Citroën from 1934 to 1957, and was a pioneer of front-wheel-drive, unibody construction, and independent front suspension. 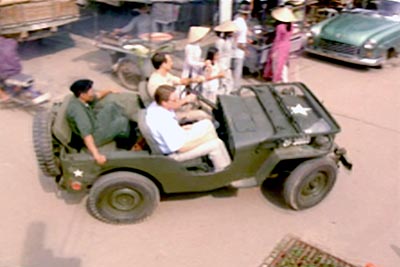 This shot gives an unusual overhead view of the M38. In some ways it's similar to the view A Bright Shining Lie gives of the Vietnam War. Maybe not the full view found in the book, but still a different perspective.

Thanks to Federico Cavedo for the frame enlargements. -- Derek Redmond