The Willys CJ-3B was not the only high-hood Jeep used by the U.S. military. In the Vietnam era, the U.S. Army deployed Jeeps manufactured by Mitsubishi in Japan, designated the CJ3B-J4 and CJ3B-J4C.


This CJ3B-J4C modified as an ambulance was a pretty ungainly-looking vehicle, with its extended-clearance top. The J4C was a thoroughly military vehicle, however, with lifting shackles front and rear, a 24V electrical system and electric wipers added to the basic CJ3B-J4. 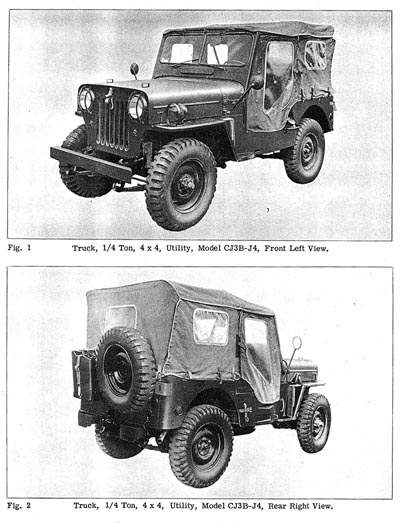 The basic CJ3B-J4 was powered by the Mitsubishi JH4 version of the 2.2L Hurricane engine, which had specs almost identical to the Willys version. There were a number of visible minor differences between this Jeep and the Willys, including headlight guards, blackout front marker lights, dual rear-view mirrors, vented two-piece windshield, and tool indents below the passenger door. The J4, like the Willys, had a 12V electrical system. 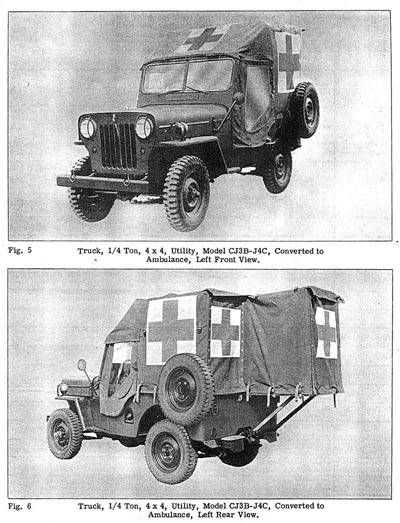 The J4s were left-hand-drive, as Mitsubishi did not start building RHD Jeeps until 1961. However, when the ambulance version had the spare tire moved from the rear, it was located on the left side of the Jeep, probably because traffic in Japan used the left side of the road.

The extended-headroom canvas top had a doghouse added at the back, to enclose a stretcher. 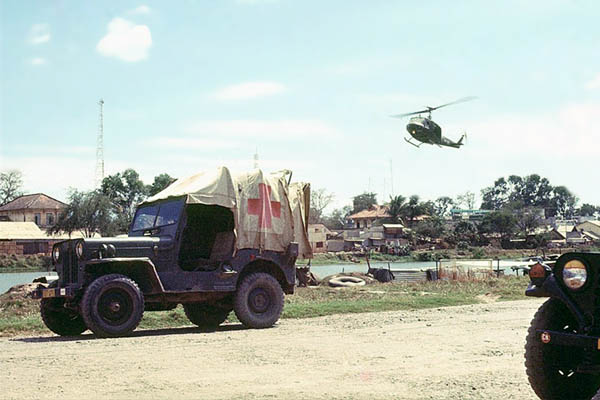 This undated photo of a J4C ambulance in Vietnam was taken by Gene Whitmer.

There are many more photos of J4s in service in the Jeeps in Vietnam pages of CJ3B.info, including more ambulances in the field in High Hoods in Vietnam: A Soldier's View. 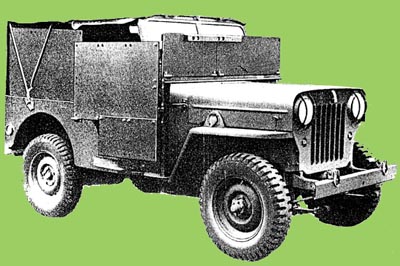 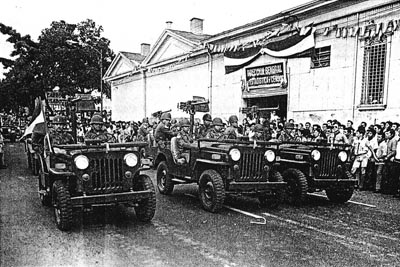 Following World War II, the government limited the export of military hardware, so very few of the Mitsubishi military Jeeps were sold to other countries, with the exception of a large number used by the Army of the Republic of Vietnam, and a few to Korea, the Philippines and the U.S. Army.

One way around that was export of the civilian J3, such as this batch sold to El Salvador, and converted for military use including machine gun mounts. They are seen on parade here in front of the General Directorate of Statistics and Census, in San Salvador. The U.S. Army also tested the civilian J3C diesel version -- see Evaluation Of Diesel Engined Jeep (Japan) on CJ3B.info. 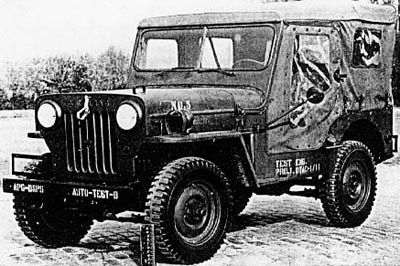 The J4s were replaced starting in 1968 by the J54A, which had essentially the same body, but with a 2.7L 4DR5 diesel engine.

This prototype J54A, reportedly with a KE31 diesel engine, was photographed at the Aberdeen, Maryland testing ground during U.S. Army testing. 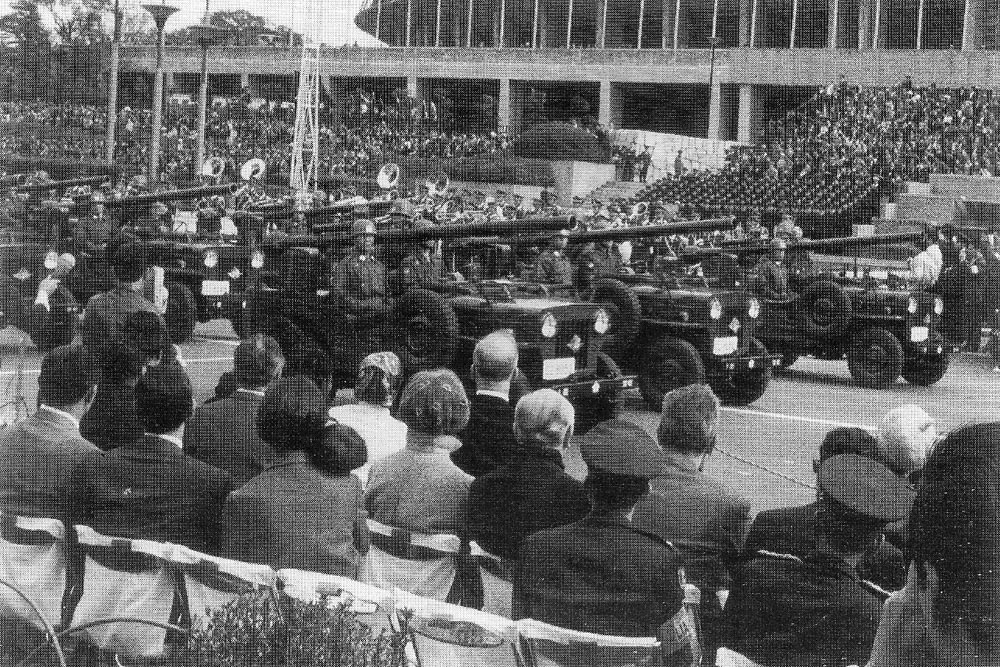 The J4 was of course also used by the Japanese Army. This photo from J4 magazine shows their J4M variant with 106mm recoilless rifle. Jeep fans in Japan have produced a detailed reproduction of the CJ3B-J4 manual, carried in all J4's in the Japanese Army. Contact Morihisa Ochi (mutt@sage.ocn.ne.jp) for information.

The J4 and its successor the diesel J54A were replaced by the improved J24A, known as the "Type 73 truck" beginning in 1973. See Mitsubishi Military Jeep Photos.

Thanks to Mori for providing information for this page. -- Derek Redmond