I haven't seen a lot of photos of CJ-3B fire Jeeps in the Netherlands, but the ones I have run across are very interesting. Maybe just because they are different from most of the Willys conversions in North America, and maybe also because the photos I've seen don't reveal all the details, so there's still some mystery involved. 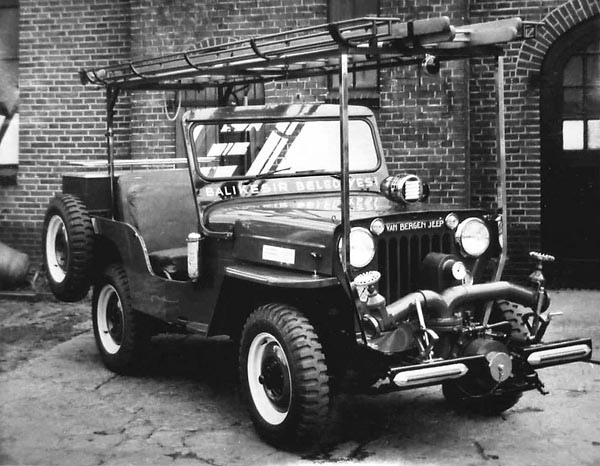 W. Schuitema found this photo of a unique conversion by Van Bergen, a long-established apparatus builder in Heiligerlee, in the Groningen area. It's based on a CJ-3B assembled at the NEKAF factory.

Dutch Jeep historian Jan Hogendoorn believes this was probably the only such vehicle that came off Van Bergen's assembly line. It did not actually go into service in the Netherlands, but was sold to a fire department in Turkey. The windshield frame is already labelled for Balikesir, a city in a beautiful agricultural area of northwest Turkey. (Also on CJ3B.info, see a history of Jeeps in Turkey.) 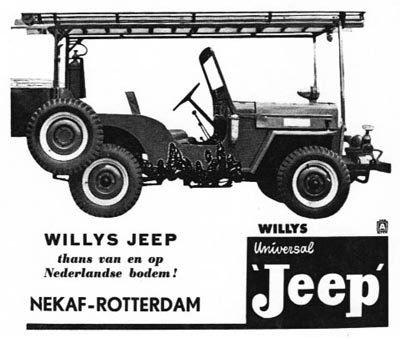 NEKAF decided to advertise Van Bergen's conversion as their own product, just as Willys did for Jeep fire engines built by Howe or General in the U.S., but apparently they didn't have any success in generating further orders.

This photo is from a mid-1950s NEKAF ad (100K JPEG). Some of the Dutch text reads: "The 'Jeep' offers unlimited possibilities! Willys Jeep is famous the world over -- with good reason. Everywhere, always and for anything the Jeep is useful. So he is in use by fire brigades -- all over the world -- and has proved invaluable in many places. This strong, economical and safe Jeep with the famous 4-wheel-drive is now a Dutch product and is being assembled in the Netherlands." 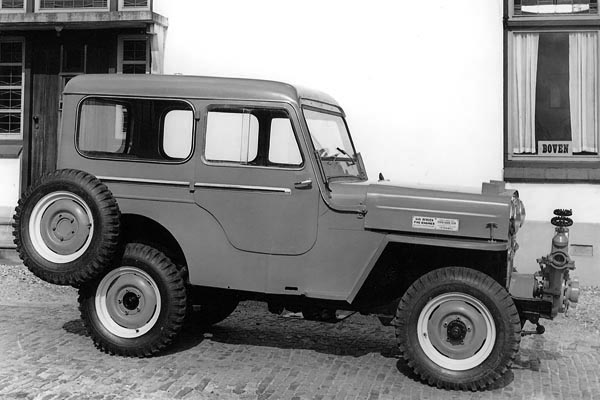 Jan Hogendoorn sent this photo of a more basic CJ-3B pumper built by Van Bergen. Jan has also discovered that in 1954 Mr. Van Bergen indeed went to Turkey and received a large order for fire engines there, but further details are unknown. 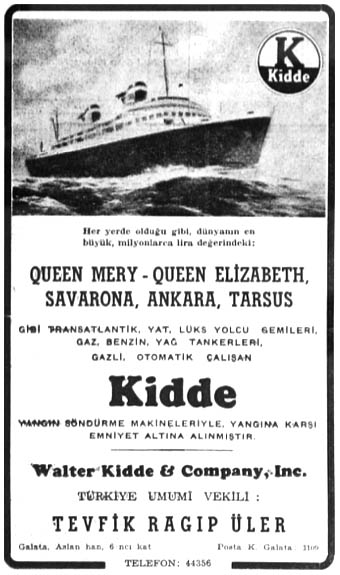 The builder's plate (80K JPEG) seen on the hood of the Jeep above, shows the name of the distributor in Istanbul, Tevfk Ragip Üler, so clearly Van Bergen built this unit to order for them. 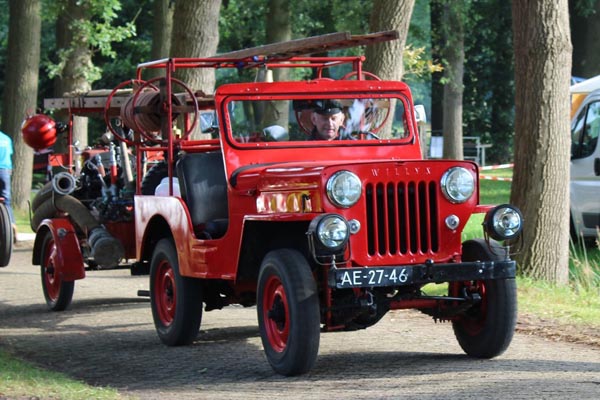 This nice CJ-3B served the large industrial facility of Koninklijke Textiel Veredeling ("Royal Textile Finishing") in Eibergen, in the eastern Netherlands near the German border.

Thanks to Oldtimershow Diepenheim for these 2018 photos. 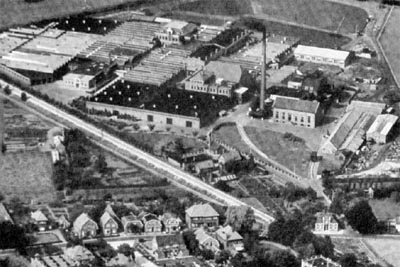 KTV was a major employer in the textile industry in Eibergen from 1830-2004. This 1953 aerial photo showing the plant as it was when protected by the Jeep and trailer, is copyright Aerocarto KLM and courtesy of Historical Circle Eibergen.

The plant was demolished in 2006, but the smokestack and boiler house seen here have been preserved (much like the former Jeep Parkway plant in Toledo, Ohio.) 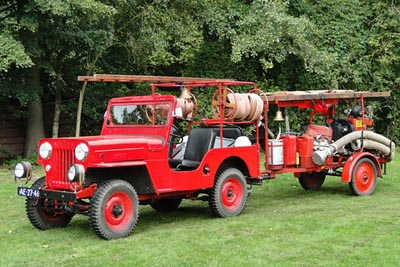 This photo of the KTV Jeep at a 2017 display is courtesy K. Verhoef and Historical-Fire-Engines.com. See a larger photo (320K JPEG) by Jean-Paul Heyens. 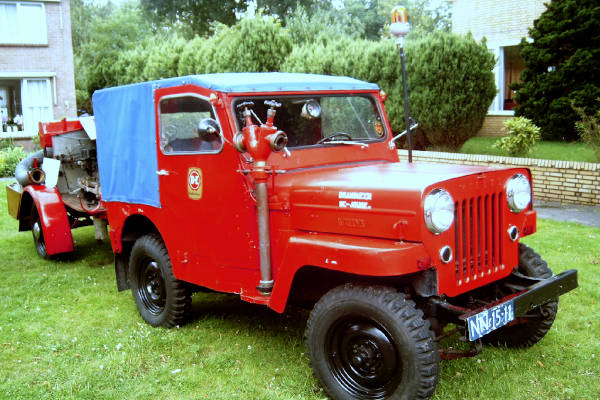 A 1953 CJ-3B, with hard doors and new front fenders added, was part of another factory fire brigade, at coffee and tea producer Douwe Egberts in Joure, Friesland. 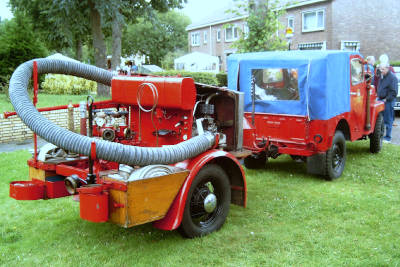 The Jeep was in service at Douwe Egberts until 2004, pulling a massive pump trailer powered by a 1935 Chevrolet motor (210K JPEG). These 2007 photos are by David van Mill on Flickr. 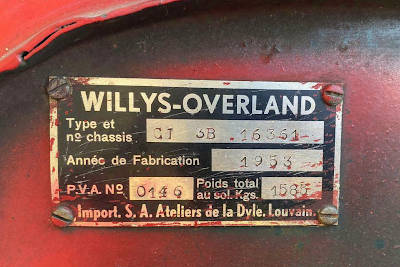 The 1953 Jeep with 6-volt electrics was one of a dozen CJ-3Bs imported by HCL Sieberg in Amsterdam, from the Ateliers de La Dyle assembly plant in Belgium. 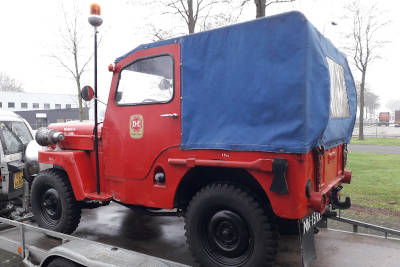 Since their retirement, the Jeep and its trailer have been in a private collection. 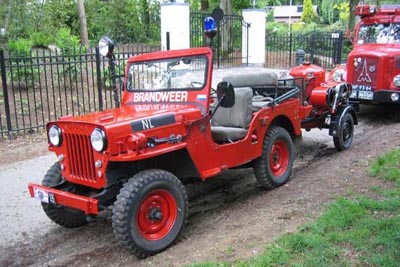 Here is a slightly mysterious fire Jeep found in the Netherlands and photographed for Historical Fire Engines Europe. This photo by G.P. Koppers appears to show a former military Jeep converted to pull a dry chemical extinguisher trailer for the fire brigade in Baarn, Netherlands.

See some CJ-3As built by Kronenburg in the Netherlands in CJ-3A Fire Service Jeeps.