CJ-3Bs Lined Up for Action

In the U.S. and Canada, CJ-3Bs are relatively few and far between, so it's not that common to see a bunch of them together. But we've collected a few photos showing multiple trail-ready high hoods side-by-side. 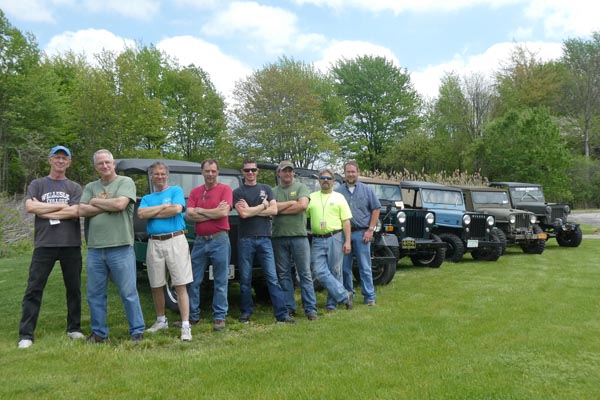 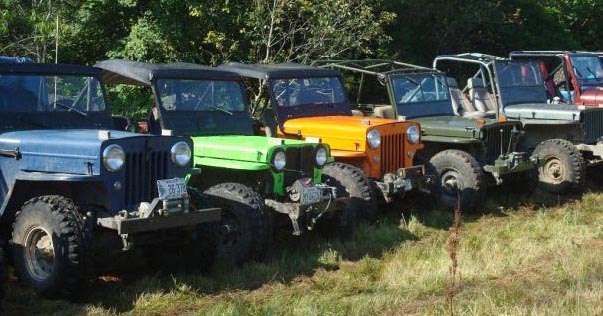 The 3B's in the shot belong to Jason Grindell of Maine (left) and Jon Spence of New Hampshire (center). You can see their Jeeps in action in Snow is the Maine Attraction on CJ3B.info.

Dick Williams sent us this shot from the 2006 Pacific Northwest 4WD Trail Jamboree in Natches, Washington: 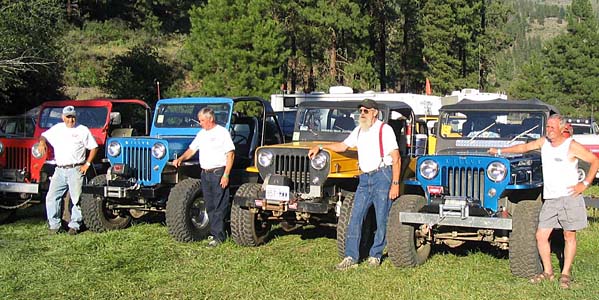 Dick also says, "We had seven 3B's at this year's Montana Divide Ride, but could not get them all together before they departed. This year's Divide Ride was in Leadore, Idaho."

Doug and Jodie Wilson got a photo of the five CJ-3Bs on hand for Willys Run '99 in Charlemont, Massachussets. Owners include Jon Spence (left), Todd Landers (center), and George Romond (right). If you recognize the dark red 3B, let us know whose it is.

In Westfield MA at the 1998 Willys Run, Chuck Wootton photographed four CJ-3Bs lined up together:

Chuck's CJ-3B is the one in the middle painted olive drab, and he remembers, "The green one on the right is a Canadian M606, and the metallic green one is owned by Doug Wilson of Maine."

In 1998 there were 36 vintage Willys Jeeps of all types in attendance at the Run. See a colorful shot of the 3B's with some of the other Jeeps (60K JPEG), and see also a photo of Chuck's 3B on the trail (50K JPEG).

The previous year, the Willys Run was held in Charlemont, and Chuck got five avid four-wheeling 3B's together for a photo:

Chuck says, "This was taken Saturday morning before the first trail. I wish I could have gotten a pic of them after the day to show the mud on these Jeeps. The light blue one is owned by Jon Spence from New Hampshire, and the dark blue one is owned by Todd Landers, who organizes the Willys Run. The white one belongs to George Romond and family."

Here are some older 3B lineups:

In 1954 the Hague Police bought a number of CJ-3Bs assembled by NEKAF ('Nederlandse Kaiser-Frazer') in Rotterdam. This photo found by Jan Hogendoorn in 2019 shows thirteen of them at the factory. See more details and another angle in Police Jeeps of The Hague on CJ3B.info. 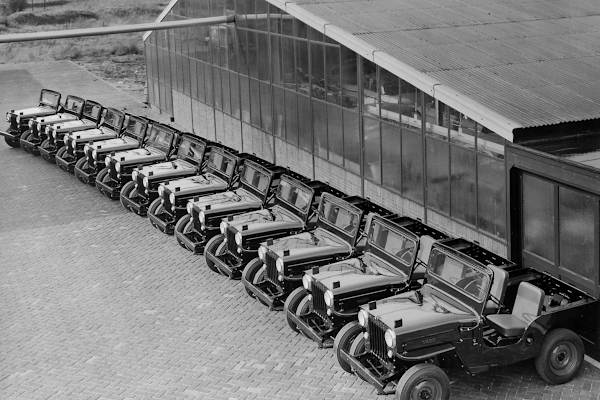 Willys News published these photos of fleets of Jeeps sold to Karl F. Tuttle Engineering in California, who were doing survey work in Alaska, and to the governement of the Philippines. 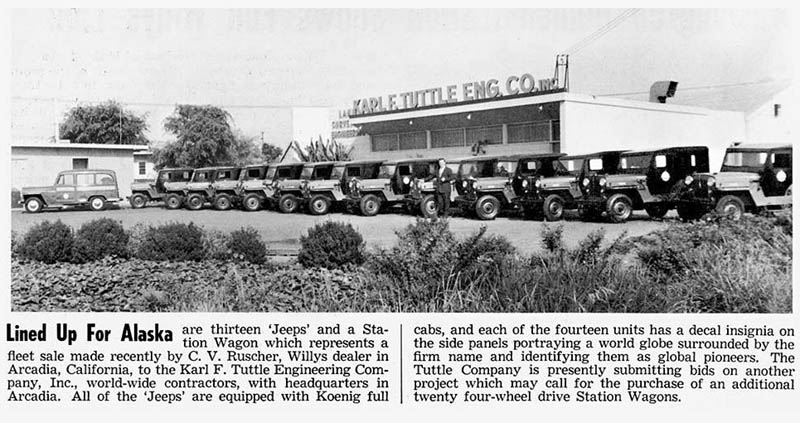 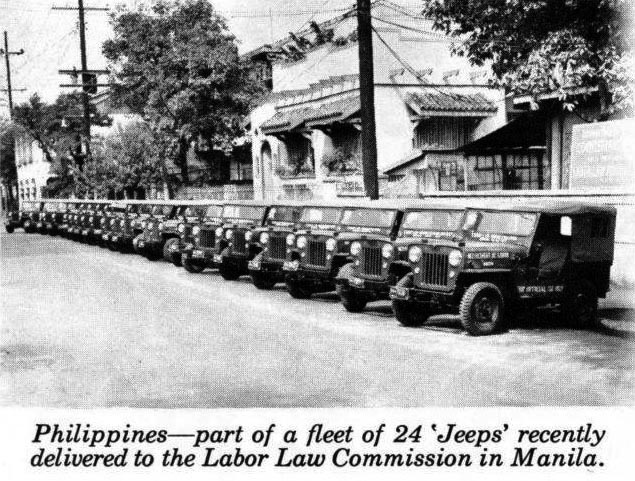 The pictures above from Willys News appear to be real, and not enhanced through retouching like the photo below, from the booklet Jeep Vehicles in Public Service. See more on this one in CJ-3Bs for the World.

Thanks to the photographers. For more CJ-3B lineups, see below. -- Derek Redmond