Airport Jeeps Around the World

I had hoped that the interest generated by Airport Jeeps of the 1960s would result in more photos from overseas airports turning up, but the first results were more than what I expected. Jean-Louis Martin found some photos in the monthly version of the French newspaper Le Monde showing two of the great marvels of modern technology -- the Concorde and the CJ-3B -- together on the tarmac.

People are still in awe of the Concordes in late 2001 as they resume their trans-Atlantic flights, so the first one must have been an incredible sight in 1968, when this photo was taken. The Jeep appears to be a Hotchkiss JH102 (see Jeeps in France.) 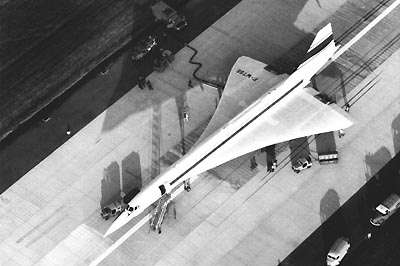 This dramatic view shows the Concorde rolled out of its hangar in Toulouse for the first time, for brake tests in 1967. Two Jeeps can be seen, apparently pulling generators. See a larger copy of the photo (100K JPEG).

The photos are by Jean Dieuzaide, who in his youth dreamed of becoming an airplane pilot rather than a professional photographer. One of his aviation photo accomplishments was documenting all the stages of the Concorde project. Mr. Dieuzaide died in 2003 in Toulouse, his birthplace, at the age of 82. 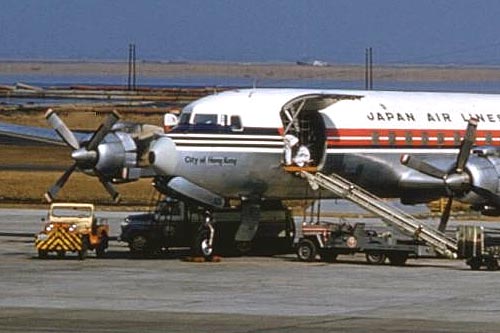 Here's an expanded selection of Mel Lawrence's photos from Tokyo's Haneda International Airport. Mitsubishi Jeeps have long been common at airports in Japan, as the Willys vehicles once were in North America. This Japan Airlines Douglas DC-7C(F) was attended by two CJ-3Bs in February 1961. The yellow one is presumably a Mitsubishi, but the baggage loader looks like a Hoveyor built in South Bend, Indiana. 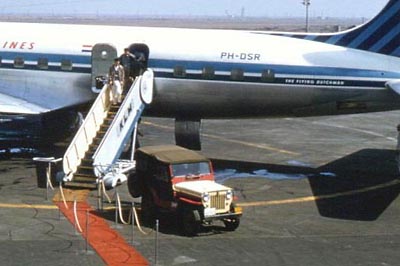 Another DC-7C(F), this one belonging to KLM (Royal Dutch Airlines), was caught by Mel Lawrence in March 1961, with a red CJ-3B beside the red carpet. 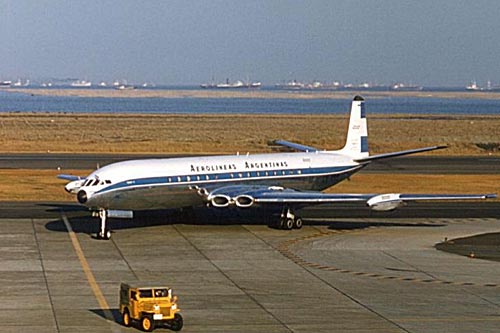 Mel Lawrence recalls that this Aerolineas Argentinas Comet, arriving in December 1961 on the occasion of a visit by Argentinian President Arturo Frondizi, was the first trans-Pacific flight to Tokyo by the airline. Frondizi was one of several different presidents of Argentina during the tumultuous years following the exile of Juan Perón in 1955 (shortly after Peron signed an agreement leading to the construction of the Kaiser Jeep plant in Argentina, by the way.) A "Follow Me" Jeep leads the Comet in from the runway.