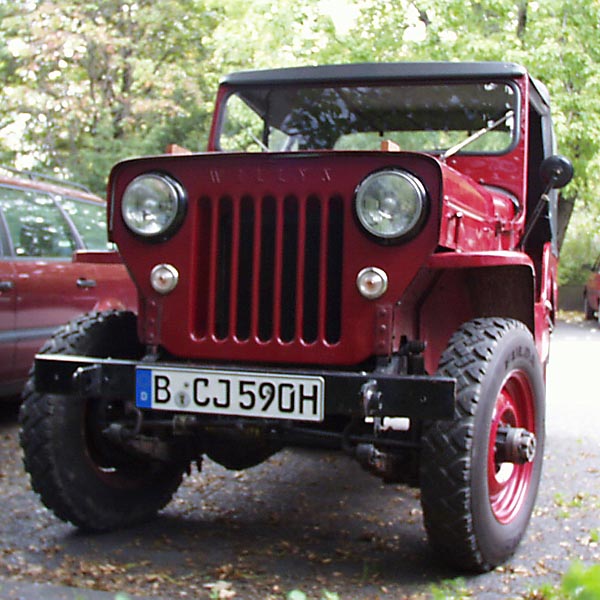 I bought the Jeep in Oklahoma City, OK through a friend of mine. The ad said "new paint, engine general overhaul." The yellow paint was new, but the car wasn't even washed. And the engine... probably there was an old general passing the car in his wheelchair.

Moved to Germany in 1993. I stripped the Jeep complete in every single part. Sandblasted frame, sheet metal, and casing of transmission, transfer case and steering, and did a complete paint job on all. Bought a new/used Hurricane 4 (was an old military stationary motor) for 1500DM = $800. 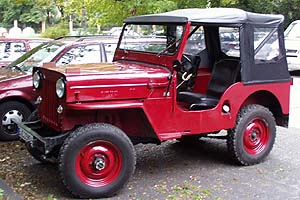 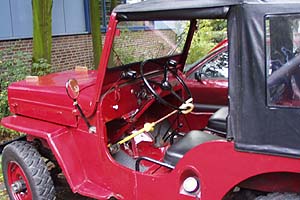 Rebuilt the steering: worn gear and the fork which works with the gear. I got 3 forks before I got a good one: JC Whitney one -- riveted cone which works in the gear came loose after 1 day driving. The hole was drilled too big and there was no way to rerivet the cone. The second broke the shaft on the test drive (nice feeling). It was bought in Germany. The third one is working fine for 5000 miles now ($300). 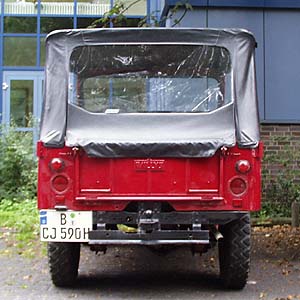 It took 2 years, the help of a lot of friends, a lot of money, some frustration and now a lot of FUN. There are still some problems, like a rusted tank (from the inside, even sealed with special tank sealer) and so on.

Thanks to Uwe for sending the photos from Germany. -- Derek Redmond