Jeep for the Avila Mountains 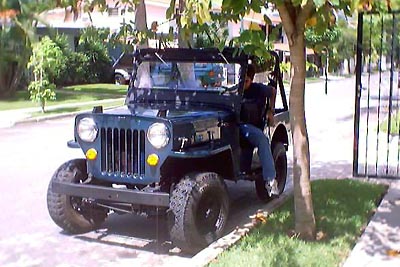 As of September 2001, Luis Miguel is 17 years old, and this 1960 Willys CJ-3B is his first car. He's been busy making it roadworthy and doing some upgrades, and now he's looking for comments, advice, and help in locating some parts that are hard to find where he lives, in Caracas, Venezuela. 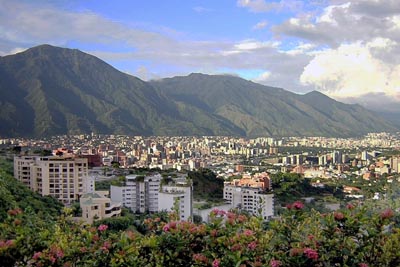 If you're going to have a Jeep in a big city, Caracas is a pretty good choice, with the beautiful mountains of the Avila National Park close to the city.

Luis says, "My father bought the Willys for me because I have always wanted to restore an old car. I drive the Jeep in the city, and some weekends I go to the Avila, and to la Colonia Tovar too." 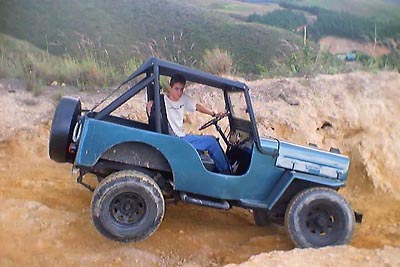 "We bought the Jeep from an Italian guy, with the original motor and T90 gearbox, but now it is not 100% original. I put the spare tire on the rear, because the original side bracket was broken. I added a roll bar too, and three point seat belts. The rims that I have are from a CJ-7, but I would like to change them for the originals. The same with the tires -- I'm going to change them for originals. I put locking hubs on the front wheels, to disengage the front differential -- then I can run in low range but with rear traction only." 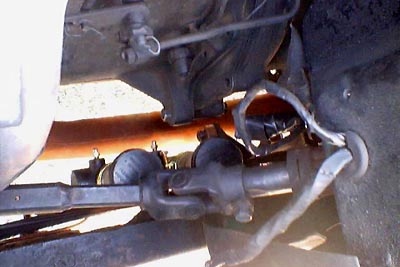 "I modified the steering because the original steering was too hard, with Chevy hydraulic steering, and now it's so easy to park and to drive, I think this was a good modification. Also I replaced the brake master cylinder with one from a Nissan Patrol, because it has two outputs -- if you lose one brake, you lose all with the original." 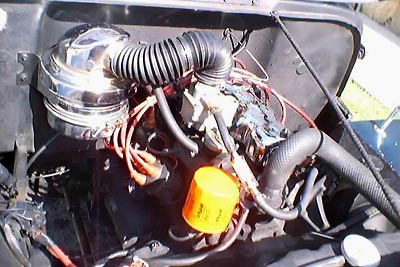 "I have done some modifications without original parts because I can't find them, like the front parking lights (50K JPEG), the intake pipe from the air cleaner, and the oil filter. I'm looking for an original winch, but I can't find it."

Luis has also added some chrome, and aftermarket details including bikini top and electric windshield wipers, locking hooks for the hood, and carpeted interior (50K JPEGs). 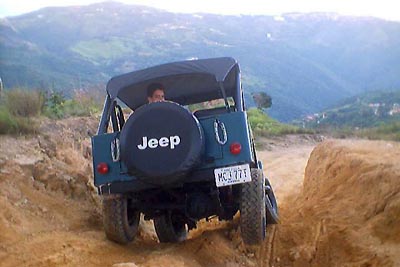 Thanks to Luis for the photos, including this shot on a trail in the Avila. See a nice photo at the top of the trail (30K JPEG).

See also Luis' photos from the Venezuela Off-Road Festival 2002 and of his trip from Los Teques to La Guaira.

Luis would be glad to hear from other Jeep owners. -- Derek Redmond