Jens wrote to CJ3B.info from South Africa in 2010 to say he had "Some pics of the now completed M606." He had restored it as a very convincing-looking military Jeep, although we're not certain whether or not it had military origins. We do have information obtained by Pierre Joubert from Chief Curator J L Keene of the South African War Museum, dated 6 October 2003, confirming that in 1960, twenty five CJ-3B Jeeps were ordered by the South African Defence Force. 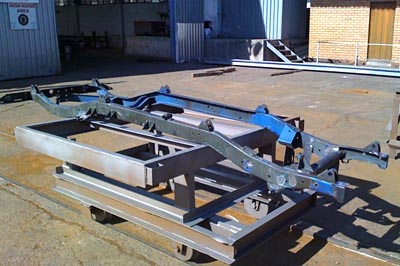 Jens had done as much as he could with the original body which had extensive rust (60K JPEG), and decided to go the frame-off route. See his photo of the completed chassis and engine (110K JPEG).

He said, "A new body from MD Juan was the only option. The original was shot and would cost too much to restore. Much cheaper to import new from Philippines. From the U.S. it would have been double the price to Cape Town." 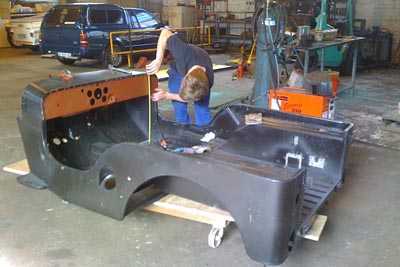 "Unfortunately I had asked for a 3B with military cutouts, etc. but they seem to have converted a M38 body. This resulted in a different floor pan and the biggest problem was that they had lifted the M38 dashboard with it. Two problems were that firstly it's the wrong dash and secondly it had been done very badly. Left side was lower by 20 mm than the right. We only discovered this when fitting the windshield. The whole Jeep looked twisted." 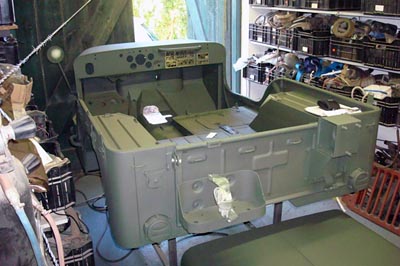 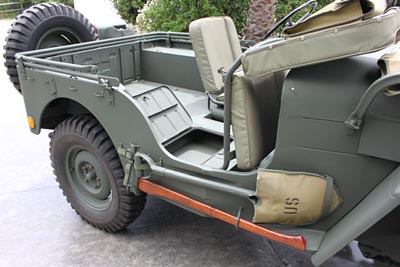 Another M38 feature is the pioneer tool mounts on the right side. 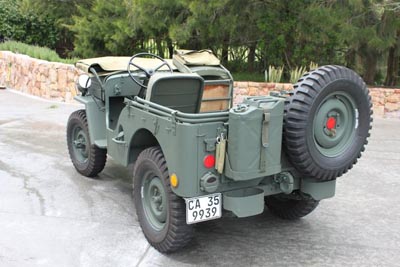 Jens spent years on this project, but says, "I am very happy with the final outcome. Now looking forward to a trip to the beach every so often." 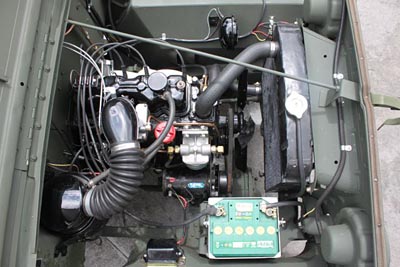 "Took almost a year and a bunch of $ to get the engine to this standard. Only thing not standard is the oil filter and maybe one or two other things that only those buffs on CJ3B.info may notice."

See also the underside of the hood (40K JPEG) and the left side (70K JPEG) of the engine. 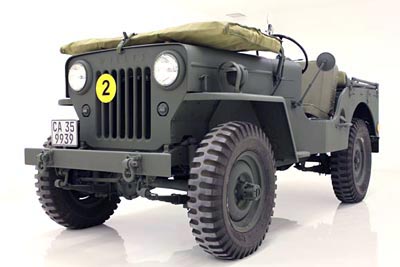 "It was a long and expensive exercise which I'm pleased is over. It was all the final completion of my original plan from back when."

Thanks to Jens for the finished photos. See Fifty Years Later on CJ3B.info for some 2002-2007 photos of his project. -- Derek Redmond