As of March 2020, it feels like the world is in the early scenes of a disaster movie. While we're waiting to see what happens, Federico Cavedo has found a 1979 film from Japan that's kind of a disaster movie, with a high-hood Jeep in a brief starring role. 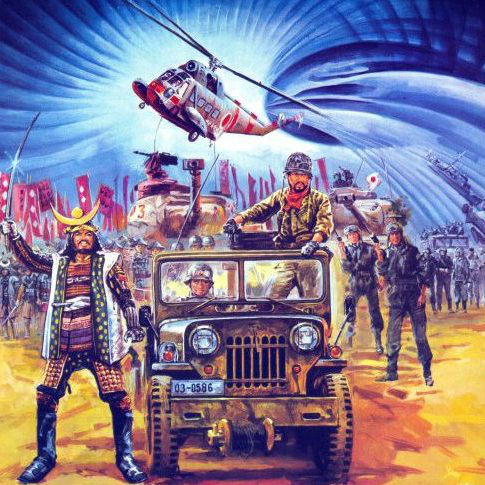 G.I. Samurai (also known as Sengoku Jieitai or "Time Slip") is probably better called a science fiction action film, but I think accidental time travel to 400 years in the past qualifies as a disaster.

The plot follows a small unit of the Japan Self-Defense Force who are on field exercises. After a few cheesy special effects they find themselves under attack by samurai forces from the 16th century.

Suffice it to say, this does not end well for the modern soldiers, despite the fact they are equipped with a Jeep, 6x6 truck, halftrack APC, machine guns, tank, helicopter and patrol boat. 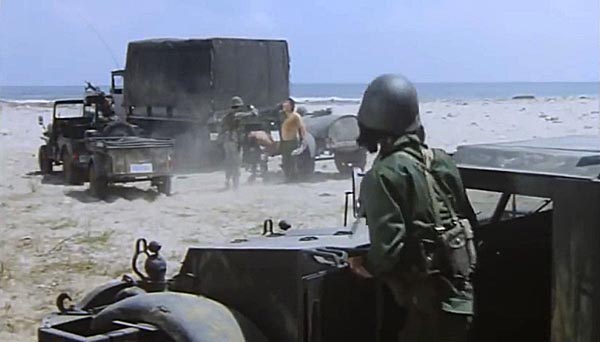 The film opens on a beach where some GIs are taking a dip, but quickly start pulling their clothes on when their lieutenant shows up in a Jeep. 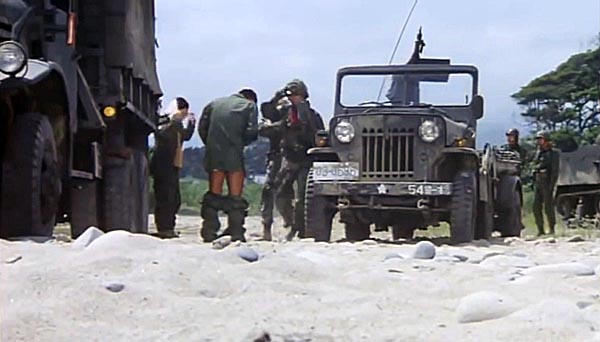 The Jeep is a Mitsubishi military CJ3B-J4, which was almost identical to the Willys CJ-3B, and was built in Japan from the mid-1950s to mid-1960s. 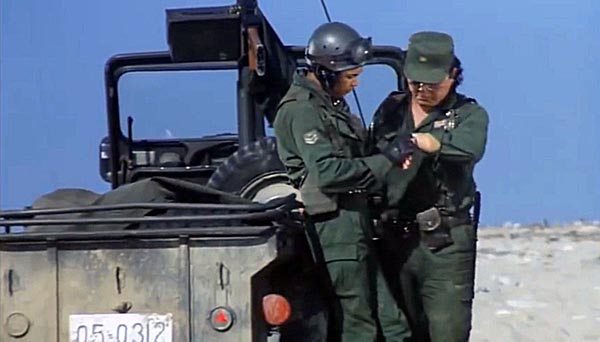 Personnel start noticing their watches behaving strangely, and this is followed by some visual effects suggesting some kind of time warp. 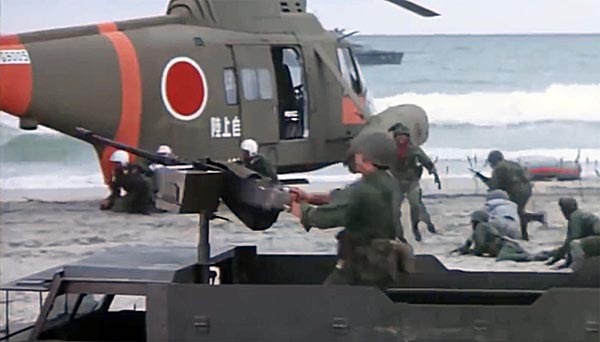 Suddenly, everybody runs for cover behind the helicopter or mans the machine guns, as waves of arrows start falling.

By the way, Sikorsky SH-3 Sea King amphibious helicopters, like Willys Jeeps, were built under license in Japan by Mitsubishi. 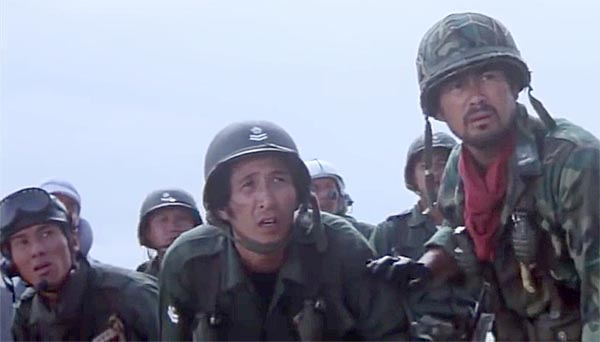 Second Lieutenant Yoshiaki Iba (played by popular Japanese actor Sonny Chiba, right) and his hapless platoon realize that there are hundreds of archers and horsemen on the cliff overlooking the beach. 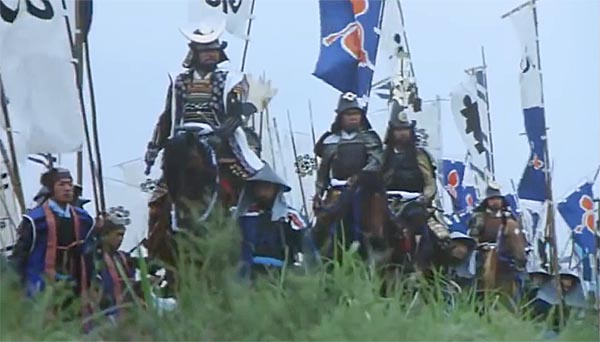 The forces are led by Nagao Kagetora, a famous general of the 16th century "Warring States" period of Japanese history, when the Emperor had lost control of feuding warlords. 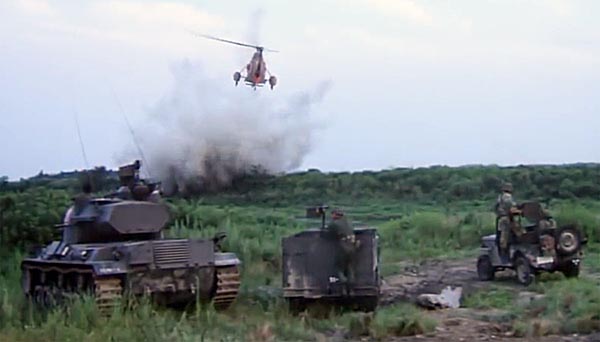 The tank was apparently built from scratch for the film, after the Japanese Army refused to provide equipment, because the script included soldiers going AWOL (Wikipedia.) This would also account for the other older-model vehicles. 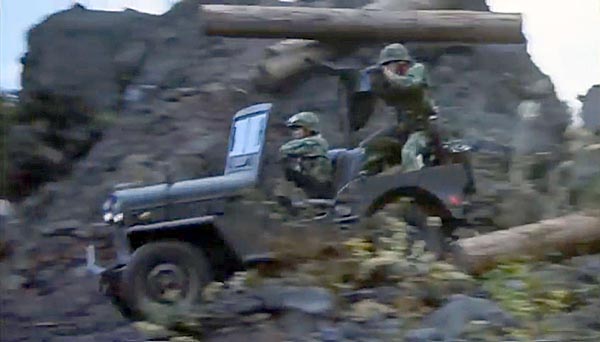 Soon primitive but effective weapons are deployed by the 16th century samurais, and the Jeep scrambles to avoid logs coming down a cliff. 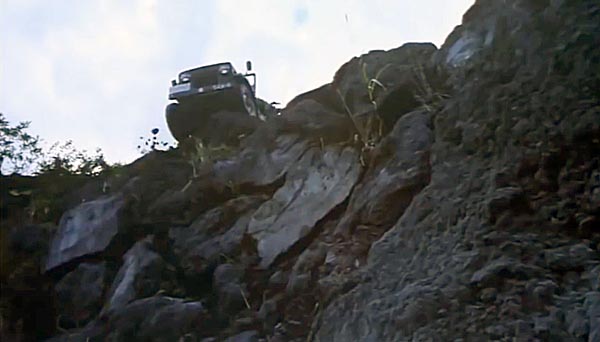 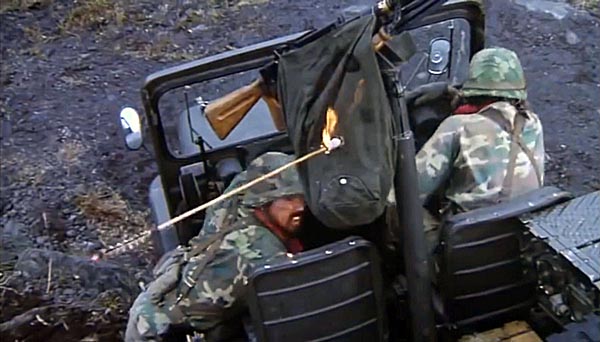 Lt. Iba dodges flaming arrows, as we get a close look at the incorrect machine gun. 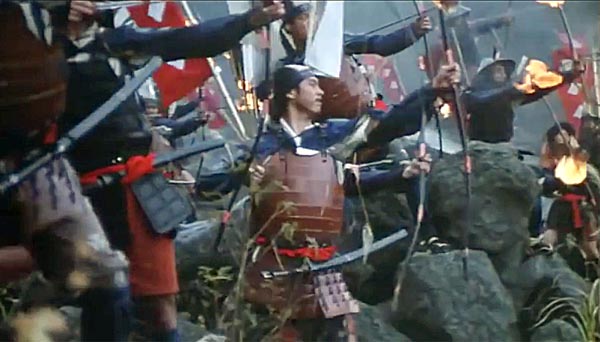 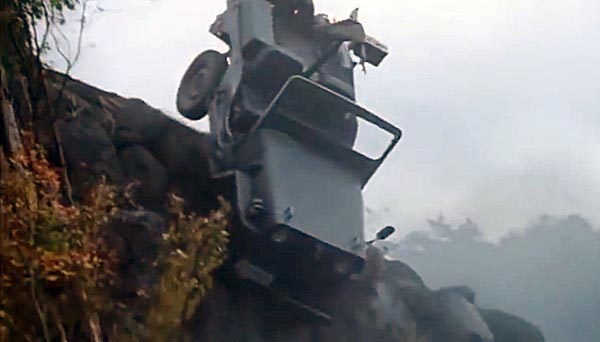 Eventually the J4 goes over the cliff, and explodes -- the first vehicle lost. 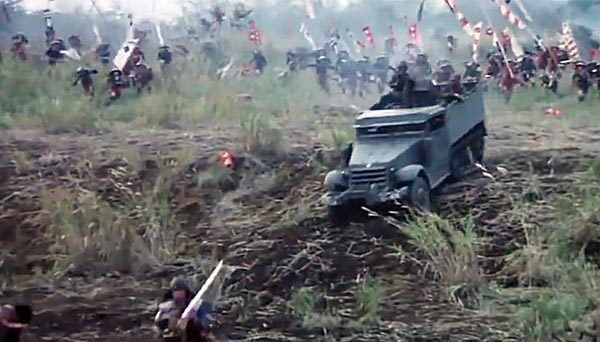 Here the halftrack is about to fall into an ambush trench, and things go downhill for Lt. Iba and his troops from there.

But note: a 2005 remake called Samurai Commando: Mission 1549 has a happier ending.


Thanks to Federico Cavedo for spotting the Jeep in this movie. There is a condensed, 30-minute version of the film on YouTube. No English subtitles, but they aren't really necessary. -- Derek Redmond