Argentine Army Jeeps in the Movies 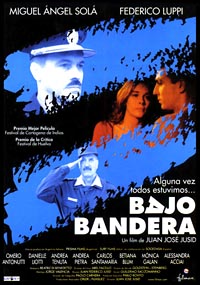 Bajo Bandera (in English literally "under the flag") takes place at an Argentine Army base in southern Patagonia in 1969. Major Molina (Miguel Angel Sola), a military lawyer, has been sent to the base to investigate the brutal murder of a young conscript, Private Lito. The extreme weather conditions reflect the cruel way in which Colonel Hellman (Federico Luppi) and his officers run the base. Molina discovers that Lito was drugged by one of his companions, and then beaten to death for disobedience. Molina is aided by Lito's family and the village priest as he unsuccessfully seeks justice.

The story is loosely based on the actual 1994 murder of a young soldier, which resulted in an increased public awareness of the mistreatment of soldiers, and the end of compulsory military service in Argentina in peacetime. 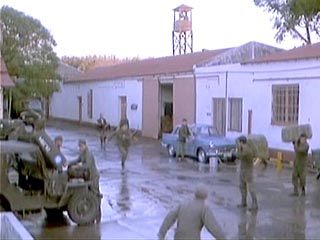 Federico Cavedo in Buenos Aires sent some frame enlargements with descriptions of the distinctive Argentine Jeeps seen in the film.

This shot gives us a look at the military base, and a couple of soldiers having a look under the hood of an Ejercito Argentino (Argentine Army) M606, which has the typical jerry can rack behind the right front fender. The car in the background is a Peugeot 404. 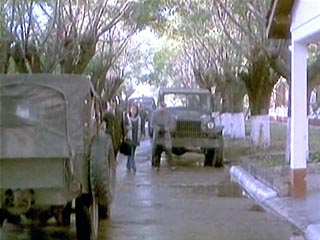 Rear view of an M606. This Jeep has the side spare, although some Argentine M6096's have a rear-mounted spare (see Ejercito Argentino 22071 on CJ3B.info.) 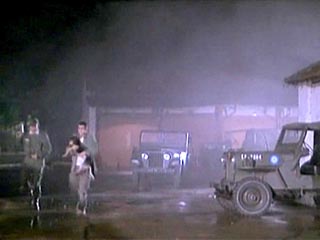 Here's the left side of an M606. The circular cockade in the blue and white national colors, similar to the Argentine Air Force roundel, is used on some vehicles and hat badges in all branches of the Argentine military.

In the background of this shot is a round-fendered civilian Jeep made to look like a military model. 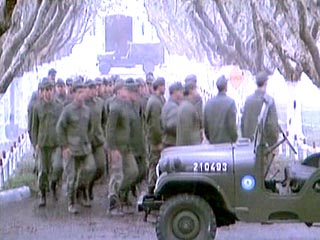 This shot gives a better view of the civilian JA-3UA, built by IKA Jeeps in Argentina, and dressed as military for the film. Many of these IKA versions of the CJ-5 and CJ-6 were 2-wheel drive. 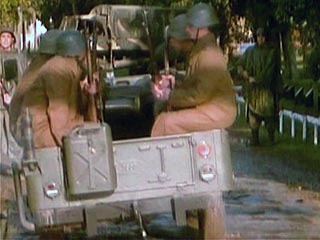 This is a rear view of the JA-3UA, with civilian bumperettes and the local version of the tailgate. 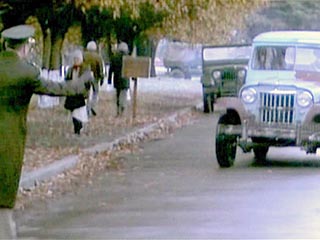 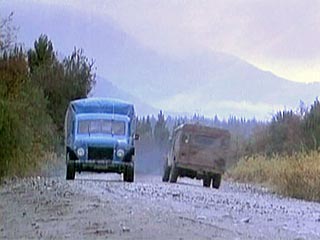 And here's a really odd Willys connection: the blue truck is a Rastrojero, an Argentinian design which initially used Willys Overland engines.

The IAPI (Instituto Argentino de Promocion del Intercambio) was founded in 1946 to promote foreign trade. In 1947 the Empire Tractor Co. sold tractors with Willys engines to an IAPI agent. Only a few Empire tractors were ever sold in Argentina, and 2500 units were sent to a warehouse. The production of the Rastrojero started in 1952, and apparently 2500 units of the Rastrojero were built using the Empire Tractor engines, between 1952-1954.

Thanks to Federico Cavedo for the pictures and details. -- Derek Redmond