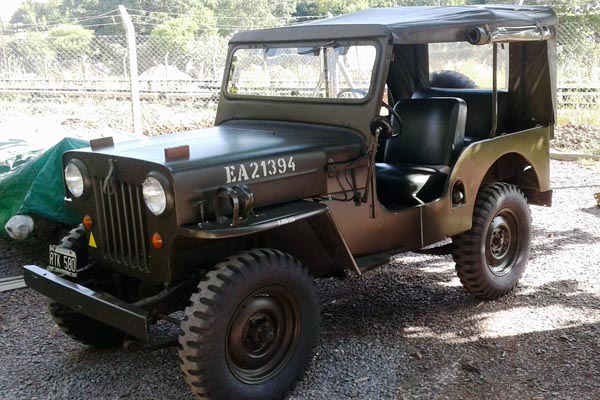 As of 2016, Luis Mariano Paz of Buenos Aires, Argentina owns this excellent example of the Kaiser M606 military CJ-3Bs built by Kaiser in the mid-1960s, when military exports to friendly nations apparently accounted for most of the production of 3B's. This Jeep had a date of delivery of 03-1967. 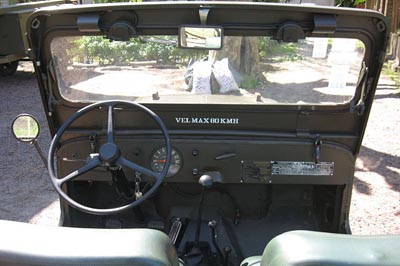 Luis comments, "This Jeep was in service in the Army until 1993 and only used for parades and some maneuvers. The previous owners obtained it complete with all parts, and kept it without any extreme use." 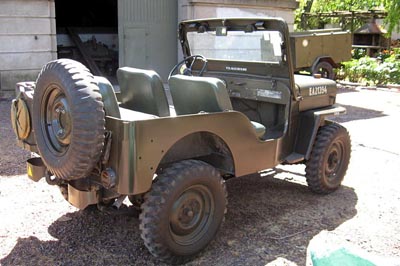 "I just need to get the Sparton horn bracket, and minor work like side steps and painting the canvas top framework." 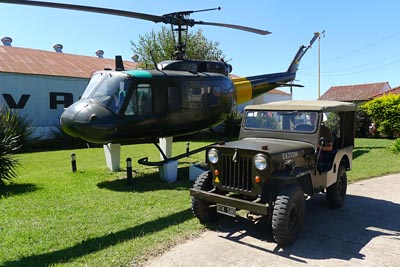 Luis replaced the tires seen in the above photo, with new Pirelli MT06 tires made in Brazil, as seen in this picture taken during a March 2017 visit to Army Aviation Command at Camp Mayo near Buenos Aires. 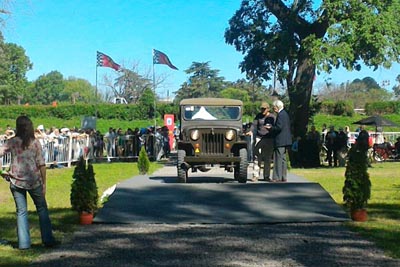 In October 2017, Luis' Jeep took second place for military vehicles at AutoClásica 2017, South America's largest classic car show, held at San Isidro Race Track in Buenos Aires. This M606 has got to be one of the most outstanding surviving CJ-3Bs in the world. 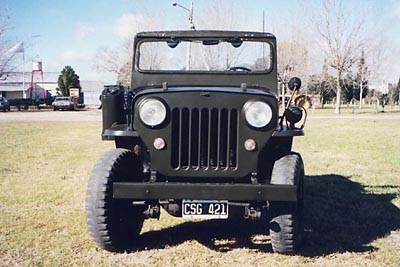 Luis originally wrote in 2001: "Here are photos of my 1966 Jeep M606. In Argentina there are many M606 Jeeps that were used by the Ejercito Argentino, and now they belong to personas fanaticas de los vehiculos militares. These fans formed the Asociacion Argentina de Coleccionistas de Vehiculos Militares. Members' vehicles include the MB, GPW, M151, M38, M38A1, M170, M606, Kubelwagen, M37, and other vehicles used by the Armed Forces of Argentina." 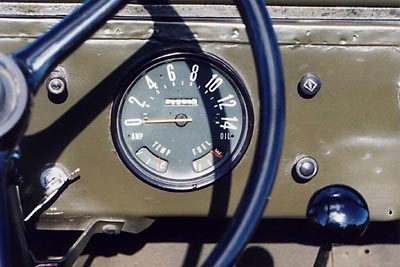 The speedometer calibrated in kilometers rather than miles was common on these export models. See also a wider view of the dash (70K JPEG), including the late-style parking brake and dual vacuum windshield wipers. 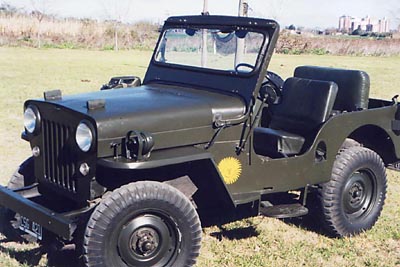 "My intention was to buy a Jeep IKA (see Jeeps in Argentina) but those that I found were very deteriorated. In August of 1999 I found an M606 for sale and I liked the state that it was in. Thanks to CJ3B.info I decided to buy the Jeep, and I use it Sabados and Sundays." 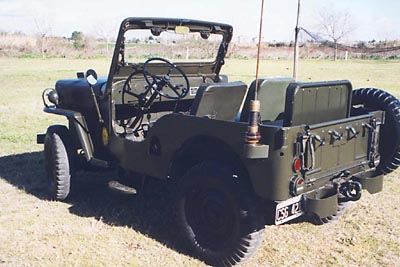 "The only parts that it does not have original are the hood -- that is from an MB/GPW to which two lateral pieces have been added to be able to cover all the motor -- and the antenna. Neumaticos (tires) Mansfield are original, marked year 1964."

Luis also points out that although his left and rear taillights are identical (see a closer rear view, 80K JPEG), two different blackout types for left and right are more correct (see closeup photos from another Jeep, 50K JPEG.) 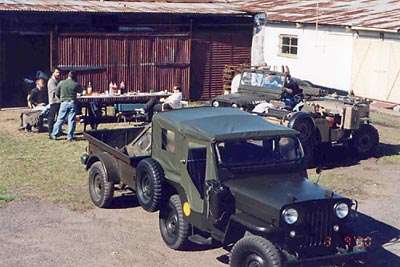 "The only thing that I did is add the capota (top), and I put the PCV valve on the motor, and the corresponding pipes according to what I saw in CJ3B.info. My next project is to buy a Bantam M100 trailer like the one in the photo with my Jeep at the gathering of some members of the Asociacion." 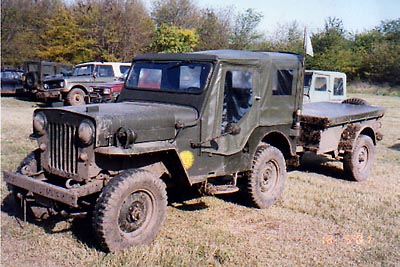 "This is a photo of my new trailer. This one has the same characteristics and dimensions of the M100, but I believe that it was made in Argentina by order of the Navy. The trailer is indispensable when 4 people go in the Jeep."

Luis sold this Jeep in 2016, after purchasing the 1967 M606 seen above.
Thanks to Luis for sending the photos. -- Derek Redmond