"Operation Delaware," now largely forgotten, was a large military exercise held jointly by the Iranian Army and the U.S. Army in 1964. (Not to be confused with another Operation Delaware, the battle for the A Shau Valley, Vietnam, 1968.) At the time Iran was an American ally in the Middle East. The Shah of Iran was instituting some western-style reforms, and Ayatollah Khomeini had been sent into exile where he would remain until his return to establish the Islamic Republic in 1979.

"In April 1964 a joint military exercise with the United States (Operation Delaware) partially reassured Tehran of Washington's continued interest in the region. Annual military exercises continued with an increased Iranian naval component. In March 1965 the Shah publicly declared that Iran's military would in the future pay special attention to the Gulf. The Gulf was of interest to Iran both for its proximity to the rich oil fields of its southwest and for the oil-rich continental shelf that lay beneath its contested waters." (The Foreign Relations of Iran, Shahram Chubin & Sepehr Zabih, University of California Press, 1974.)

The pictures here were taken by LIFE magazine photographer Francis Miller, and found by Federico Cavedo in the LIFE Archive. 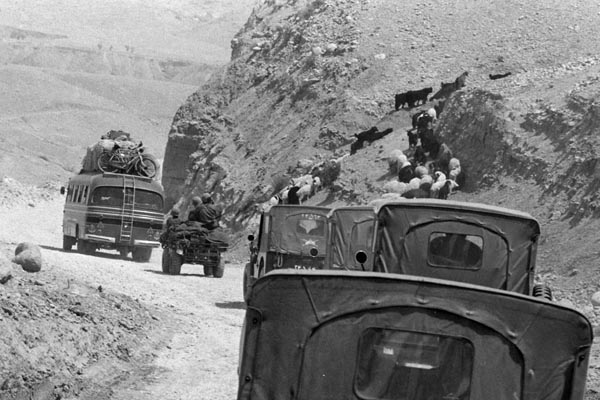 The photos include several Willys M606 Jeeps with full canvas tops. The Jeeps appear to be in very good shape and fairly new. They probably include some of the Jeeps photographed by the Toledo Blade in 1962 on the dock for export to Iran (see CJ-3Bs for the World on CJ3B.info.)

Looks like an M-274 Mule ahead of the Jeeps here. 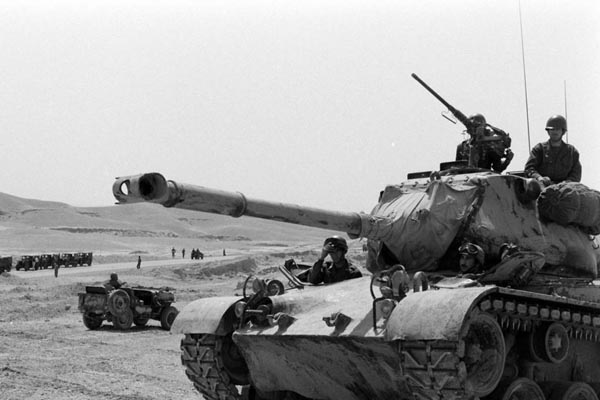 Some of the new Jeeps are lined up in the far background here, while just behind the Iranian tank is another high hood, coated with either sand camouflage or the real thing. 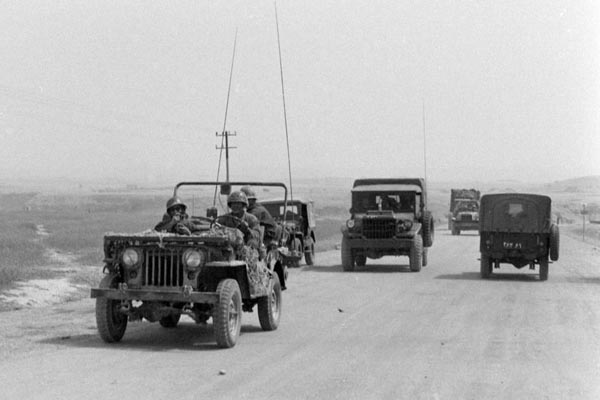 The large copy (120K JPEG) of this shot of a well-used Iranian M38, reveals that it was probably taken from inside one of the new Jeeps. 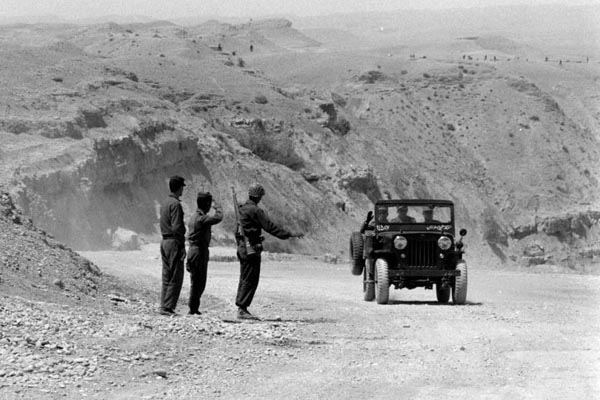 An officer returns a salute from a slightly different M606, which has a jerry can on the cowl. It's the only one seen from the front in all these photos; it has civilian-style marker lights, like the Jeeps in the Toledo Blade photo. 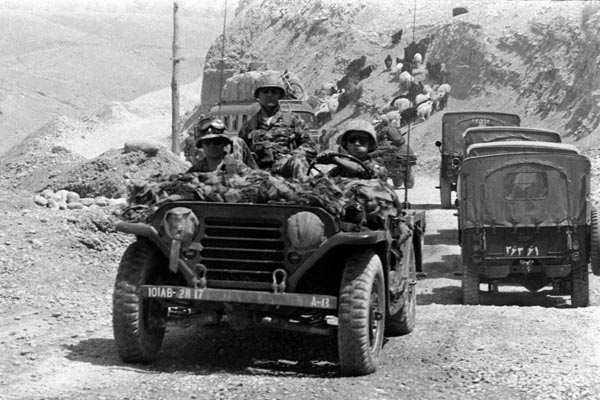 This photo shows all the rear details of the M606s, including blackout taillights, trailer connection, bumperettes and pintle hook, as an American MUTT passes in the other direction. 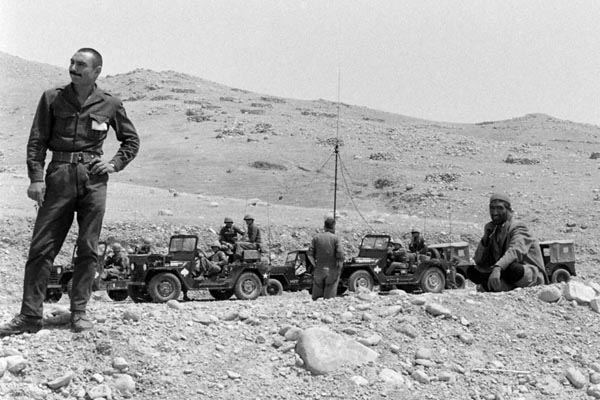 American and Iranian Jeeps wait at a communications point. If I'm not mistaken, the spade insignia on the MUTTs identifies the 506th Infantry of the 101st Airborne Division. 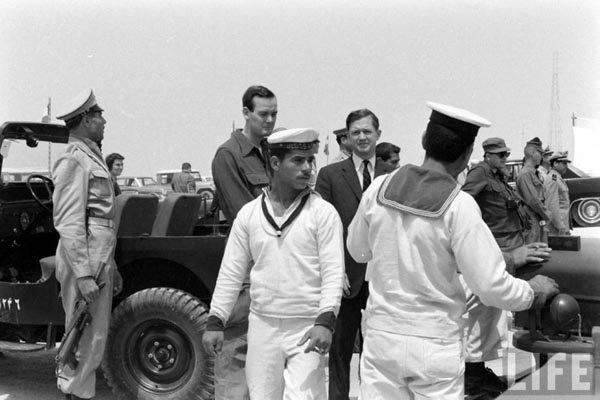 An interesting collection of Iranian and American civilians and military personnel appears to be watching the maneuvers. Partially hidden in the background is a civilian CJ-5 as well as a limo. 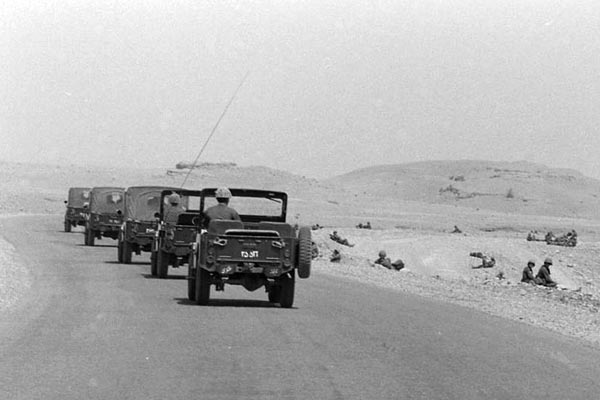 The way the M606s seem to mostly be driving around in a group, what we might be seeing here is driver education on the new Jeeps.

All in all, this part of Operation Delaware seems to have involved a lot of driving around. Probably it was simply the presence of U.S. forces (and maybe the new Jeeps) that was the main factor in reassuring the Shah of Iran that his western allies would help protect his country's interests in the Persian Gulf area. There's been a lot of water (or oil) under the bridge since then, but maybe some of those Jeeps are still kicking around somewhere in Iran.

Thanks to Federico Cavedo and Luis Mariano Paz for locating the pictures in the LIFE Archive. -- Derek Redmond