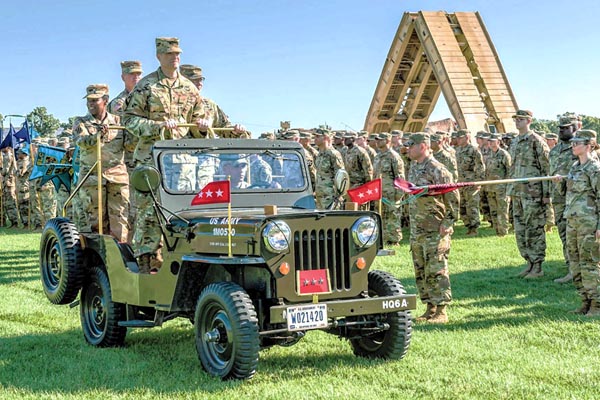 Undoubtedly the last CJ-3B in U.S. Army service (and possibly in military service anywhere in the world since Turkey retired its CJ-3Bs), this 1964 Jeep made another parade appearance 30 August 2018 during a change of command at Ft. Leonard Wood in Missouri.

Maj. Gen. Donna Martin (placed by protocol in the back) was taking over from retiring Maj. Gen. Kent Savre (in the front.) The Jeep flies three stars for reviewing officer Lt. Gen. Michael Lundy of the U.S. Army Combined Arms Center. Photo by Michael Curtis from Guidon. 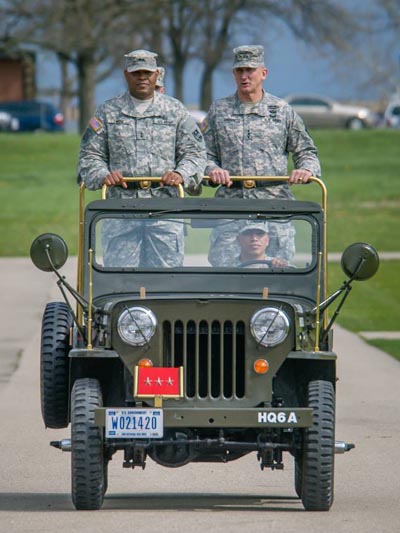 The Jeep is maintained by the 14th Military Police Brigade, which does MP training at Ft. Leonard Wood. It has been given handrails and a rear step, but otherwise appears to be very original. Interestingly, the brigade was first activated in 1965 in Germany, so it seems possible the 1964 CJ-3B was originally assigned to the MP unit and has been with them since then; I have been unable to confirm this.

At the previous change of command on 7 April 2015 (right) for the U.S. Army Maneuver Support Center at Ft. Leonard Wood, the troops assembled on Gammon Field were reviewed by members of the Army's General Staff, again in the CJ-3B. In the front was Maj. Gen. Leslie Smith who was saying farewell as commander.

Behind the driver was Lieutenant General Robert Brown, commander of Ft. Leavenworth, who presided over the change of command ceremony, which was why the Jeep again carried three stars (rather than two for a Major General.) Hidden behind Gen. Smith was the new commander, Brigadier General Kent Savre. (U.S. Army photo.) 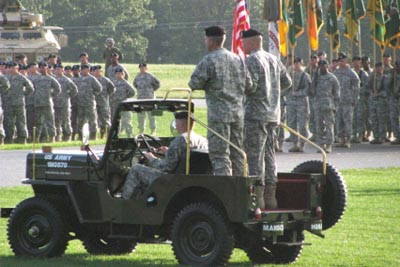 23 September 2009: a Regimental Review on the 68th anniversary of the Military Police Regiment. Members of the regiment are reviewed by Brigadier General David Phillips. This photo (from A Day at Ft. Leonard Wood) of Gen. Phillips in the Jeep shows the hood number 1M 0570, indicating it is one of the 1964 CJ-3Bs purchased by the Army under Federal Contract DA-113-AMC-02534-T. (A 1965 photo of a U.S. Army MP Jeep shows hood number 1M 0758, indicating there were likely more than 200 Jeeps allocated to the Army under that contract.) 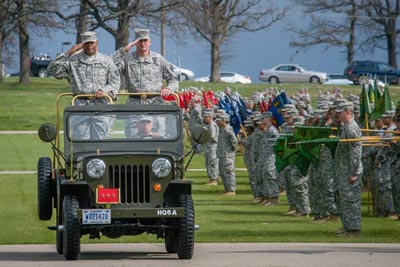 This wider view shows some of the hundreds of service members assembled for the 2015 change of command. It also shows the Jeep has Cutlass locking hubs (90K JPEG) on the front axle, similar to those seen on General Davisson's Parade Jeep photographed in 1968.

On the other hand, Dan Walton's restored U.S. Army CJ-3B has Warn front locking hubs he believes came from the factory, and 1M 0513 has standard front hubs. 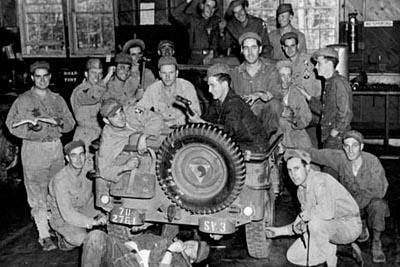 Fort Leonard Wood is a large United States Army installation located in rural Missouri. The post was established in 1940 and named in honor of General Leonard Wood (former Chief of Staff.) Originally intended to train infantry troops, in 1941 it became an engineer training post. During World War II Italian and German POWs were also interned at the fort. (Wikipedia)

This photo from the collection of the late Erich Samenfeld shows a group of young soldiers training at "Fort Lost in the Woods" prior to shipping out during World War II. 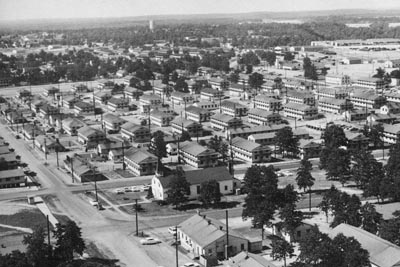 This aerial view of Ft. Leonard Wood in 1961 is courtesy gerrykan at the g503.com forum. A group of these old barrracks have been preserved as a museum complex, where visitors can experience military life of the WWII, Korean and Vietnam eras, and the German POW barracks. 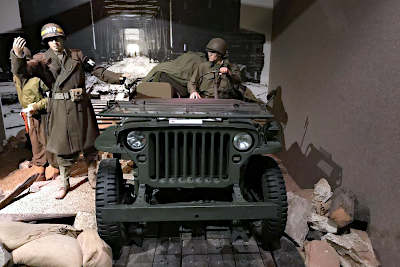 The fort is also home to the Army's Chemical Corps Museum, Engineer Museum, and Military Police Museum, which get a great review at Roadside America.

Thanks to Theodore Smith for this shot of the World War II Rhine River bridge diorama in the MP Museum. 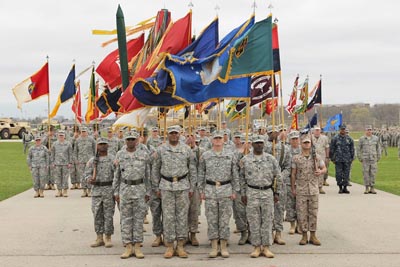 This US Army photo shows the incoming commander Brig. Gen. Savre and outgoing commander Maj. Gen. Smith, flanked by their CSM's, at the ceremony on 7 April 2015.

Thanks to Federico Cavedo for spotting the 2018 photo, and thanks to Iraqvet2010 who first mentioned this Jeep on the CJ-3B Bulletin Board. I'm on the lookout for further information or photos of Jeep 1M 0570. -- Derek Redmond