The End of the CJ-3B 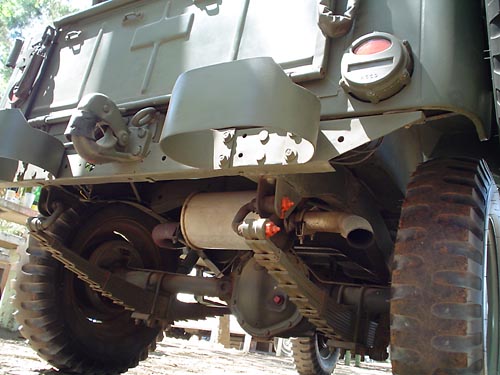 Check out the rear end of one of the last CJ-3Bs built in Toledo. Bumperettes to protect the pintle hook, stiff 10-leaf springs, and blackout-style taillights are distinctive M606 details visible here. (Note that owner Carlos Amaduzzi prefers the tabs on the bumperettes pointing upward, but the original orientation was downward.)

Carlos lives in Lobos, Argentina, 100 kilometers southeast of Buenos Aires. He bought the Jeep 11 years ago and has restored it to close to its original Argentinian miltary configuration. And he should know -- Carlos was an army mechanic during his Servicio Militar Obligatorio. He saw the arrival of M606 Jeeps in Argentina with his own eyes, and helped to put them in operation and deliver them to their Army units.

Thanks to Luis Mariano Paz for sending the photos. -- Derek Redmond