The Popemobile at Night

Because the first popemobile was a CJ-3B, I'm always interested in following what's happening with the popemobile. Here are some beautiful Associated Press photos of Pope Francis' nighttime motorcade through Philadelphia on 26 September 2015. It doesn't have to be Christmas to enjoy colorful lights at night! 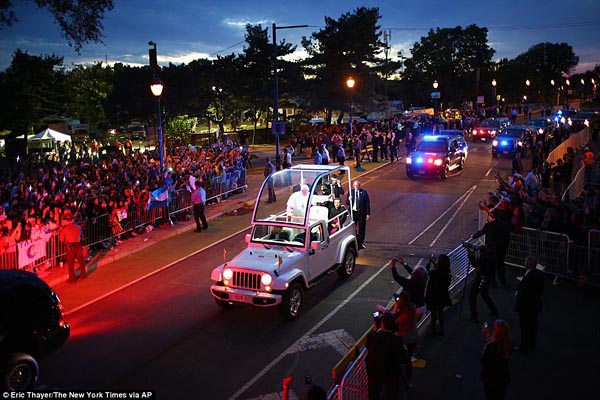 Pope Francis' modified Wrangler Unlimited was the first Jeep-branded popemobile since the 1960s. 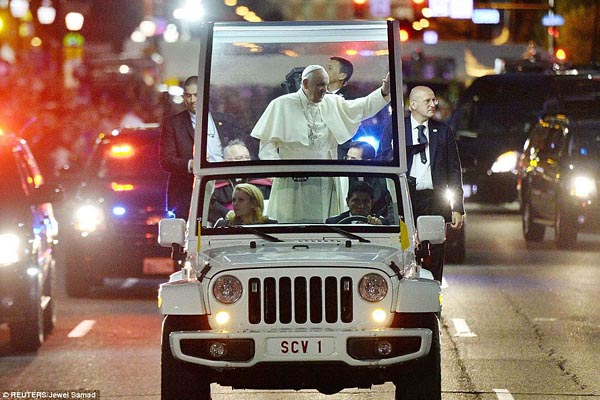 "SCV" on the license plate is an abbreviation of the Latin name for Vatican City, Status Civitatis Vaticanae. 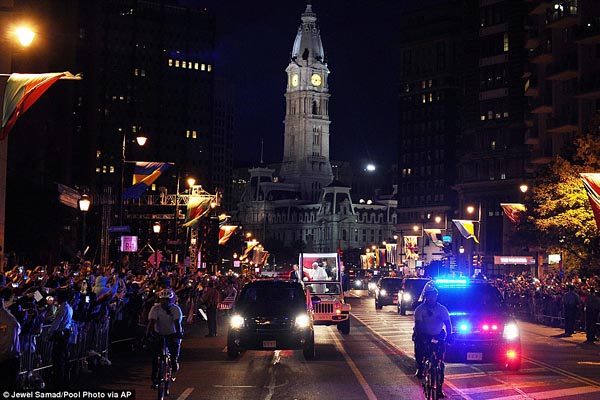 Crowds lined both sides of Benjamin Franklin Parkway, with Philadelphia City Hall in the background. 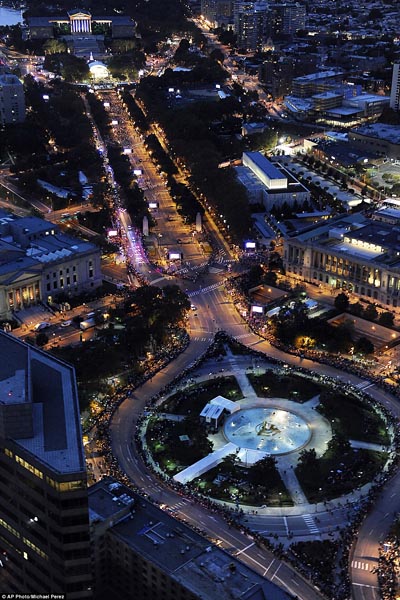 The motorcade travelled down the Parkway, through Logan Square (in the foreground) and around the City Hall. Then back to the Eakins Oval stage at the far end of the Parkway, for the Festival of Families, a Catholic event attended by some 300,000 people. At the Festival, Aretha Franklin and others performed for the pontiff and the huge crowd.

Francis ended the evening with a long, unscripted speech on the importance of family. He said families must take care of grandparents and children, but showed his sense of humor by adding that he would not give advice about about mothers-in-law. 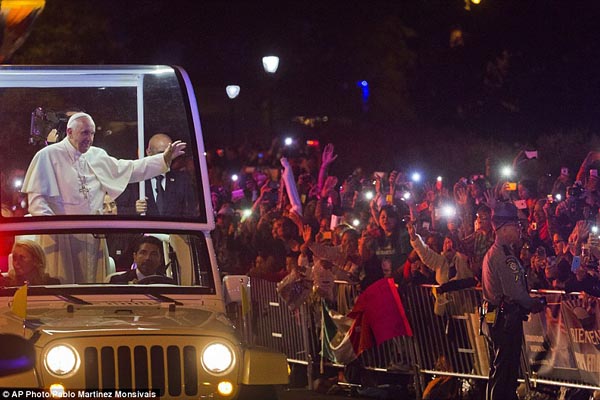 78-year-old Pope Francis must have had a tired left arm by the end of his first day in the City of Brotherly Love. 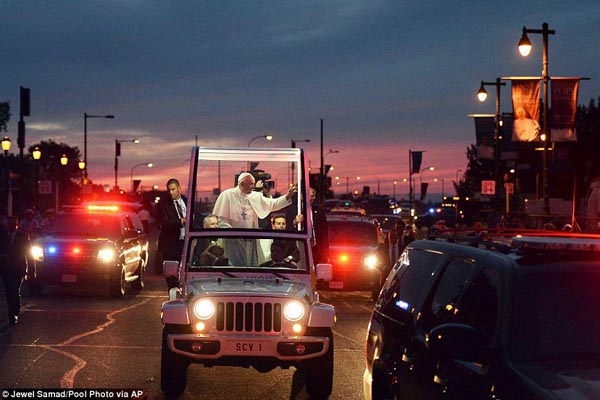 See more details on the papal Wrangler and some of its precursors in Jeepney Popemobiles on CJ3B.info.

Thanks to the Associated Press and the Daily Mail for the photos. -- Derek Redmond

See the Mahindra CJ-3B in India which was the First Popemobile in 1964.

And see much more popemobile history in Jeepney Popemobiles on CJ3B.info.