Jeeps in the Spanish Sahara 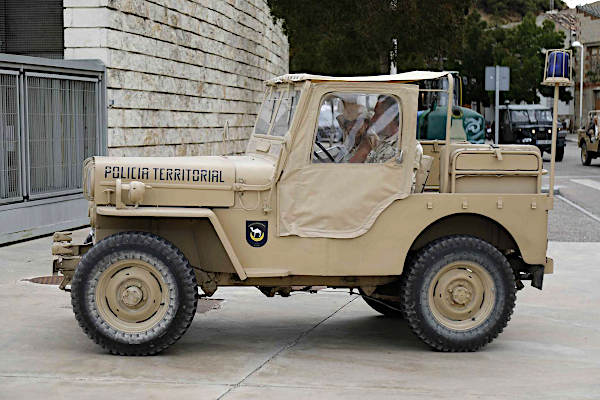 Spain's Policia Territorial was formed in 1960 to take over from the military the role of law enforcement in the colonial Spanish Sahara of western Africa. It comprised about 1,200 personnel, both Spanish and indigenous, and served until Spain's withdrawal from the Sahara in 1975.

Flash forward to 2021, and Enrique Nogueira of Madrid has taken a surplus Spanish Army VIASA CJ-3B and given it the paint and insignia of a vehicle of the Policia Territorial. 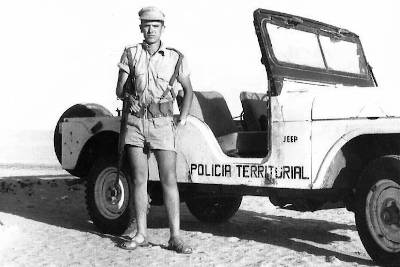 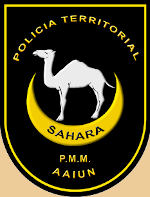 The Policia employed Jeeps, including the Willys CJ-6 seen in this archival photo, as well as Spanish-built Land Rovers. The force was based in the capital El Aaiun (or Laayoune), in the northern part of the colony (see a map, below.) 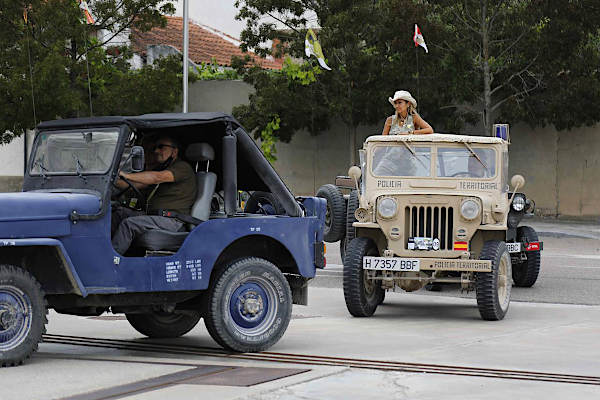 Enrique lives in Madrid, but his Jeep is seen here at a gathering of the Club Jeep Willys Clasico de España in Peñafiel in northwest Spain, in September 2021. The photos were taken by Agapito Ojosnegros Lázaro for El Norte de Castilla. 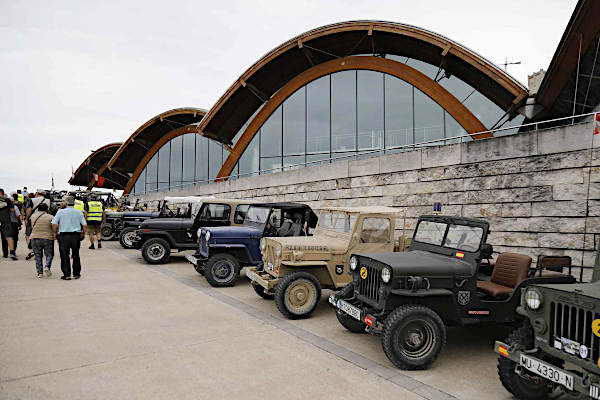 The Willys club had a tour of the iconic Protos Winery in Peñafiel. The town is best known for the 10th century Peñafiel Castle, below which are tunnels, some as long as 660 feet (200m), used to store wine because of their constant temperature. The castle now hosts the Wine Museum of Valladolid province, and many wineries are located near Peñafiel, in the famous wine region of Ribera del Duero.

See also some of the club members and other Spanish CJ-3Bs (230K JPEG) on hand at the Protos Winery.

For years I was trying to find out the origins of the photo below, of a group of soldiers lifting a Willys CJ-3A. It was clearly in the desert, and I speculated it was the French Foreign Legion. I mentioned it in articles about the movie Sahara and a desert-themed toy Jeep from Matchbox in 2005. 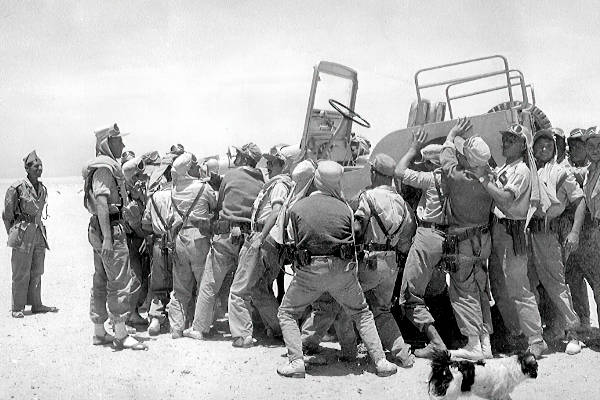 Finally Pedro Prieto in Spain saw it and sent a note clarifying that in fact it is the Spanish Foreign Legion (Tercio de Extranjeros) in the Sahara in 1964.

The Spanish Legion (formerly the Foreign Legion) is an elite unit of the Spanish Army modelled on the French Foreign Legion, but in fact most of its personnel have always been Spanish nationals rather than foreigners. (Wikipedia) 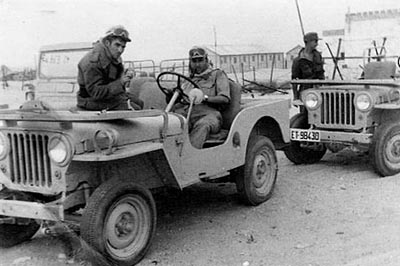 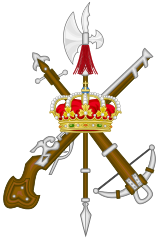 The Spanish Legion used CJ-3As and 3B's in western Africa from the 1950s to the 1970s. Photos from the website La Mili en el Sáhara include this shot of militarized 3As, taken by Juan O. Piñero in 1958. 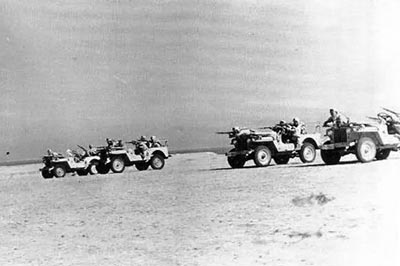 "Spanish Sahara" was the name used for the modern territory of Western Sahara when it was ruled by Spain between 1884 and 1975 (Wikipedia). After nearby Morocco gained independence in 1956, it laid claim to Spanish Sahara, and in 1957 the Moroccan Army of Liberation nearly occupied the small region of Sidi-Ifni during the Ifni War.

The Spanish Army brought in a significant force including the Legion, and continued to protect the territory during the 1960s, despite the United Nations calling for decolonization. 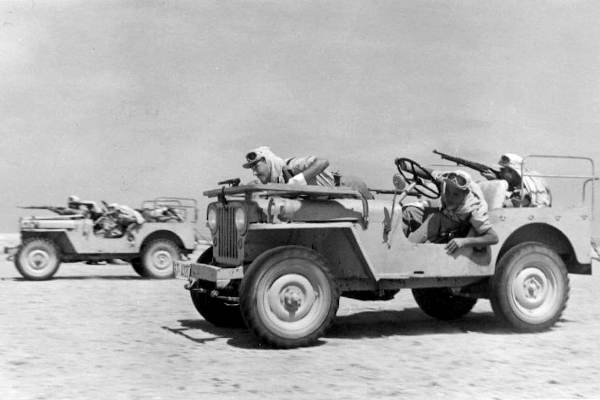 This Spanish Army photo of a 1972 drill by the 3rd Tercio (3rd Unit) of the Legion shows the drivers keeping a low profile while legionaries maximize firepower from Jeeps not equipped with machine guns.

It's not completely clear why the Legion was using modified civilian CJ-3As, but they probably received some of the first Jeeps sent as military aid when the U.S.A. established relations with Francisco Franco's Spain in 1953. 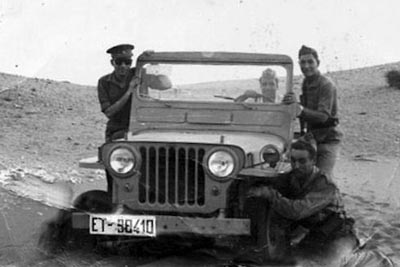 A 1958 photo by Juan O. Piñero was taken near El Aaiún, which was located close to the northern border with Morocco, and was the capital of Spanish Sahara (Sahara Español). 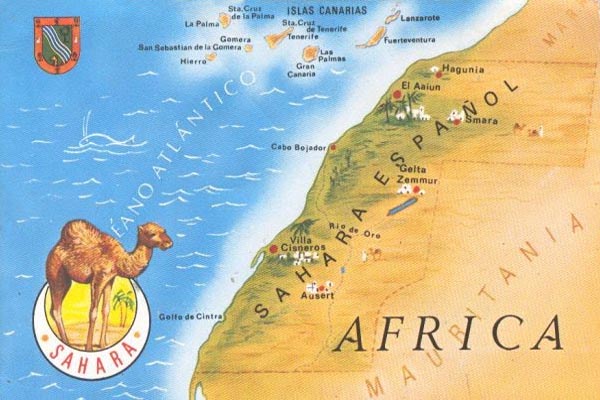 Spain withdrew from the Sahara in 1975, and much of what is now Western Sahara has been controlled by Morocco since then. 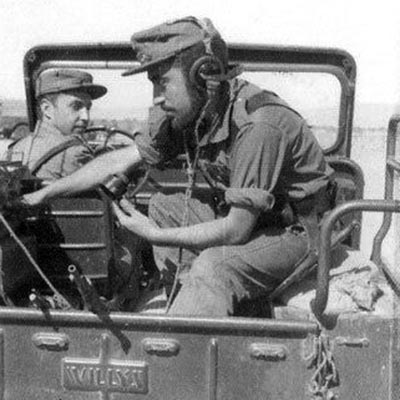 Radio communication was clearly important in patrolling the vast area stretching south from El Aaiún, and this photo by Matias Pulido shows that some of the Jeeps were radio-equipped in 1958. 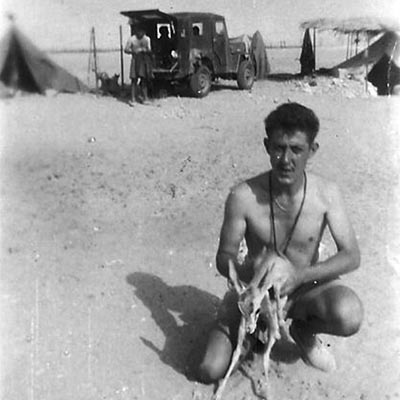 The Spanish Army also had VIASA CJ-3Bs in the Sahara in 1958, when this picture was taken by Fernando Campo, in Bin Anzarane, halfway between El Aaiún and the southern border. The soldier holds a young Gacela (Springbok Antelope.) 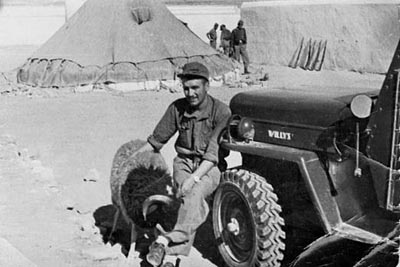 Like the Jeep seen above, this CJ-3B photographed by Juan O. Piñero surprisingly has a hardtop. Once again there's a mascot in the picture. (And as of 2021, Legion units still use goats as mascots.)

See Military Jeeps in Spain for more on the military CJ-3B. 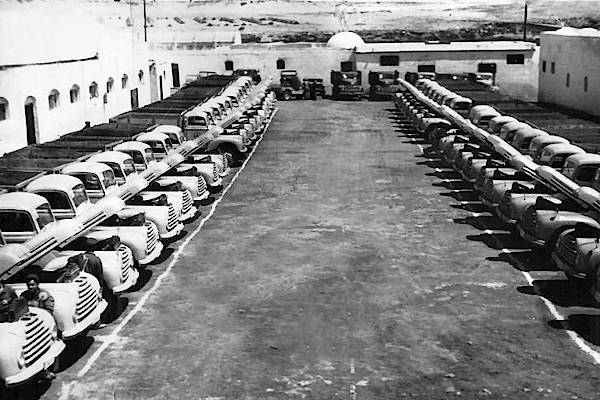 Juan O. Piñero was apparently in the Batallón de Automóviles (Transport Battalion), and took this great shot of trucks ready for inspection at El Aaiún. Looks like perhaps both a CJ-3A and a CJ-3B in the background.

Thanks to Pedro Prieto, Jaime Gomis and the photographers, and La Mili en el Sáhara for the badge of the Policia Territorial. The coat of arms of Spanish Sahara and emblem of the Spanish Legion are by Heralder and are used under the terms of a CC license. -- Derek Redmond

Return to CJ-3Bs in History or Jeeps in Spain.