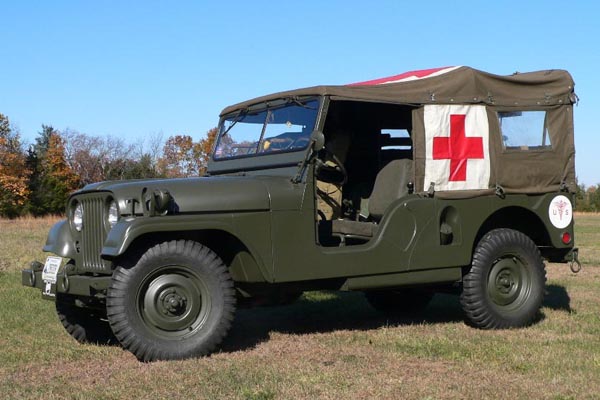 Although the M170 is often referred to as the "military version ofthe CJ-6," it would be more correct to call the CJ-6 a civvy M170. As with the M38A1, this new Jeep configuration was developed first for the military. Only about 6,500 four-cylinder M170s were produced over ten years, many outfitted as field ambulances. Others were used by the U.S.Marines as light six-man troop carriers. One unique feature is the mounting of the spare tire inside the body on the passenger side, to allow stretchers to extend over the tailgate where the spare would normally be on a military Jeep. As a result, the unusually large passenger side door opening is partially blocked, particularly when a jerry can is mounted in front of the spare. The driver's side door is the same as an M38A1. (Gary Keating)