For many years, part of the Wade Family Tradition in Decatur, Alabama has been decorating Lawrence's 1955 CJ-3B for the annual Christmas parades in Decatur and nearby Priceville.

Sad news: this particular tradition will never be the same again, as Lawrence's wife Ora Lee was not well enough for them to be in the parades in 2019, and she passed away on Sunday, 15 December 2019. Ora Lee was a wonderful woman, who had been riding with Lawrence in his Jeep for over 60 years, and she will be very much missed. See many photos below, of Ora Lee smiling and putting up with Lawrence. -- Derek Redmond 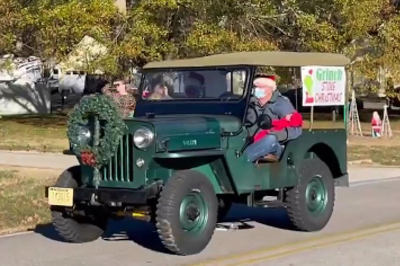 Lawrence was back at it on 5 December 2020, in the Shelia Smith Christmas Parade in Priceville. Reflecting how difficult the holiday was this year, were Lawrence's surgical mask and his "Grinch Stole Christmas" sign. 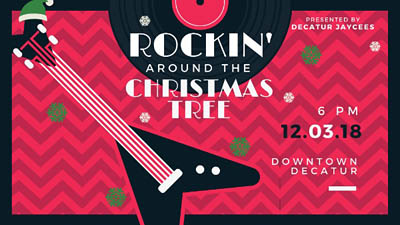 I didn't know the Decatur parade had a new theme every year, but apparently they do, and in 2018 it was "Rockin' Around the Christmas Tree." Maybe they were celebrating the 60th anniversary of the recording of that song by 13-year-old Brenda Lee in 1958. 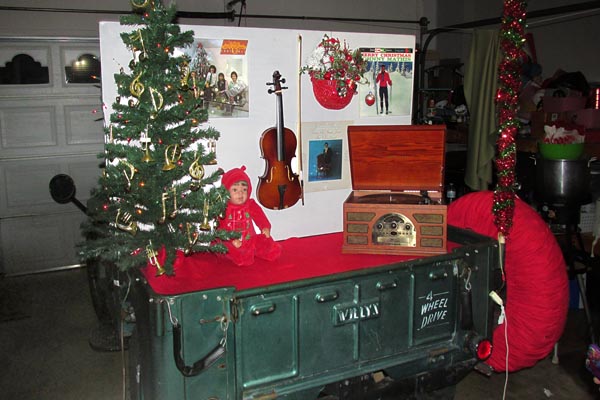 Lawrence ran with the idea, and decked his Jeep out with musical instruments, a record player and some LPs, including Merry Christmas by Johnny Mathis (100K JPEG) which was also first released in 1958. I wouldn't be surprised if Lawrence and Ora Lee remembered dancing to that, back in the day. 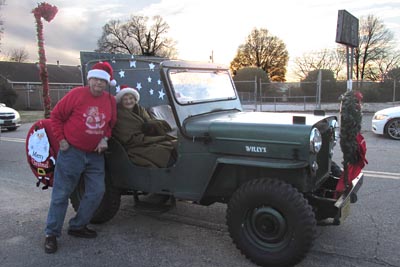 It was getting cold in Decatur as the sun went down on the third, so Ora Lee decided a blanket was a good idea. Lawrence has a spotlight for the display in the back. 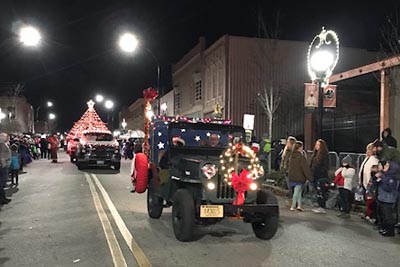 The Decatur parade was a success, but the Town of Priceville's annual Shelia Smith Christmas Parade was rescheduled for Saturday, 22 December due to rain. A parade so close to Christmas will be exciting -- stay tuned for photos. 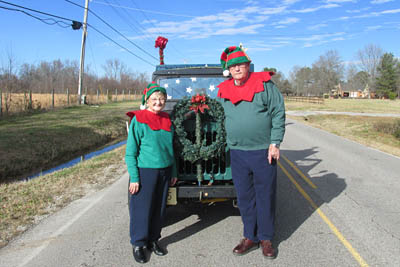 Yes, it was beautiful but chilly on Saturday the 22nd. Lawrence's cousin thought it would be a good idea if both he and Ora Lee wore elf costumes! 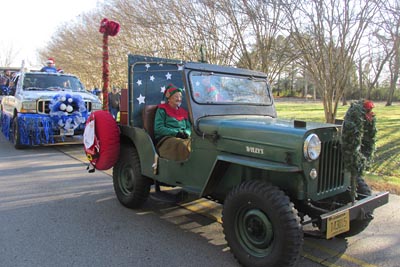 Ora Lee was not buckled up, but luckily Lawrence resisted the urge to step on the gas and take a cross-country short cut. 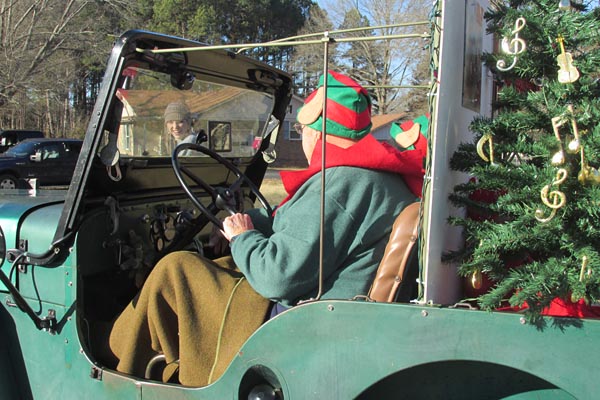 No need to open the ventilating windshield to keep things cool. Even Lawrence thought maybe a blanket aver the legs was a good idea. 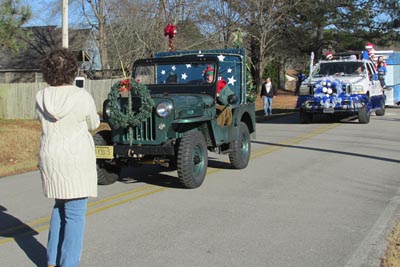 But the sunshine made it a great day for photos. 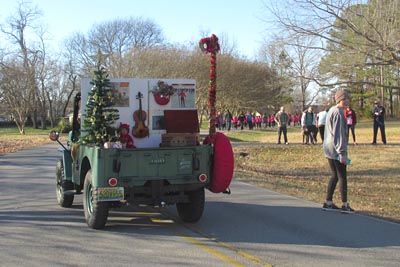 The 2018 Priceville parade was in the books, just a little bit later than usual, and everybody headed home for some rockin' around the Christmas tree. 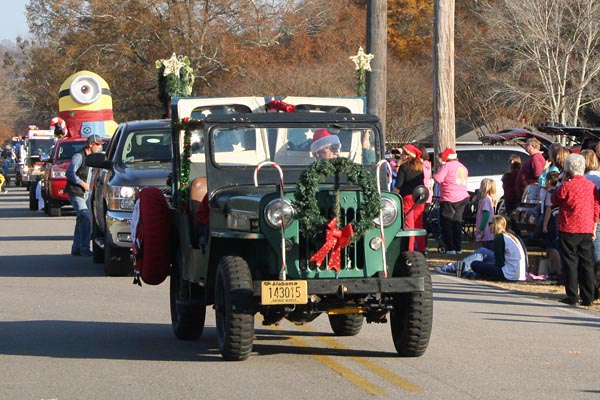 This makes eleven years since CJ3B.info started publishing photos of Lawrence in the parades, and I don't know how far back the tradition goes before that -- probably to his Dad in 1955. This is Lawrence ready to start rolling in Priceville in 2017. 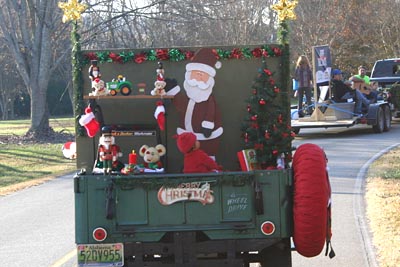 The display in the back of the Jeep this year revealed that Santa has a Black & Decker Workmate in his workshop -- who knew? 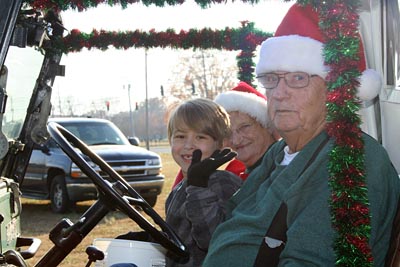 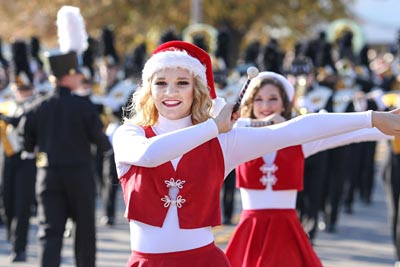 Lawrence actually got his jolly self into a slideshow of photos taken for the Decatur Daily newspaper, along with these happy twirlers from Priceville High. Photo by Chris Shimek.

See also photos of the 2017 Decatur nighttime parade, with Rus Curtis riding along, in Everybody Loves a Christmas Parade.


The year 2017 was a big one for the Wades' 3B -- as well as the usual local car shows, Lawrence took it over to North Carolina in October for the Southeast Willys Jeep Get-Together.

Thanks to Lawrence for the photos. There are more of them in Everybody Loves a Christmas Parade. -- Derek Redmond