CJ-3B Fire Jeep in the Movies 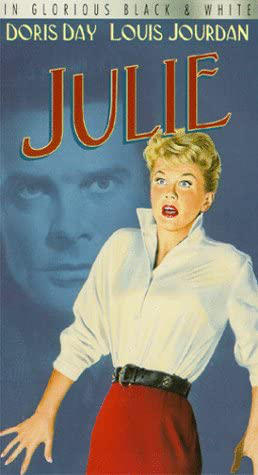 The movie is Julie, a 1956 thriller starring Doris Day as a stewardess whose husband (Louis Jordan) is trying to kill her. Julie was written and directed for MGM Studios by Andrew L. Stone, who received an Oscar nomination for his screenplay. 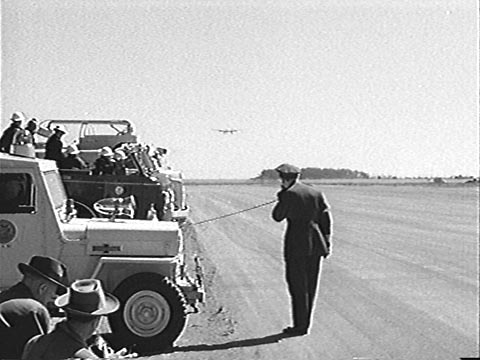 In the climactic scene at San Francisco International, Julie has to land a plane whose pilot has been shot by the husband. She gets radio help from a pilot in "Mobile Unit 4", the CJ-3B (which inexplicably has the microphone cable coming from under the hood). 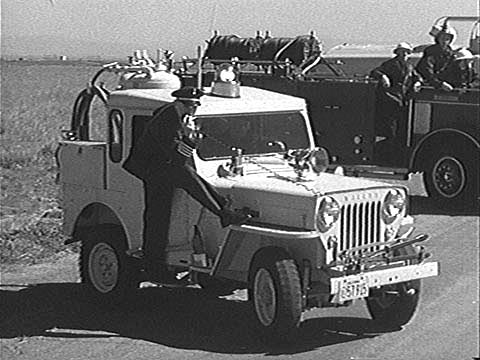 Mobile 4 appears to be painted yellow or white, and carries a large extinguisher cylinder behind the halfcab hardtop. Other details include an axe mounted on the side, a sledgehammer in front of the windshield, and a hose clamp on the front bumper. In addition to the siren on the hood, the Jeep carries a rotating warning beacon, a fairly new device in 1956. 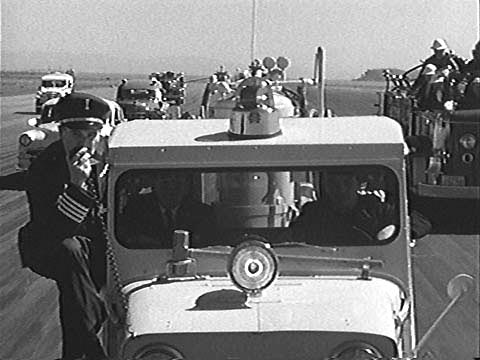 The pilot riding on Mobile 4 continues to coach the hero by radio as emergency crews chase the airplane down the runway. The fleet of vintage vehicles includes a Willys ambulance at left rear.

These brief but dramatic shots were taken from a moving camera truck by cinematographer Fred Jackman Jr.

Thanks to Dan Fedorko for spotting this CJ-3B in the movies. -- Derek Redmond