Jack Calderone, editor of Fire Apparatus Journal, says, "In between issues I have been researching and working on a new book covering the non-FDNY apparatus that served within New York City. While I have uncovered quite a lot, I am lacking some information. I want this to be as accurate as possible, so any missing information or suggestions are always welcome."

Jack has passed along some photos from the Fire Apparatus Journal files, showing fire Jeeps in New York, hoping that some more details on these units might turn up. The photos show several unusual conversions, as well as a couple of excellent examples of apparatus from major manufacturers, so I thought the best way to present them was all together on one page. 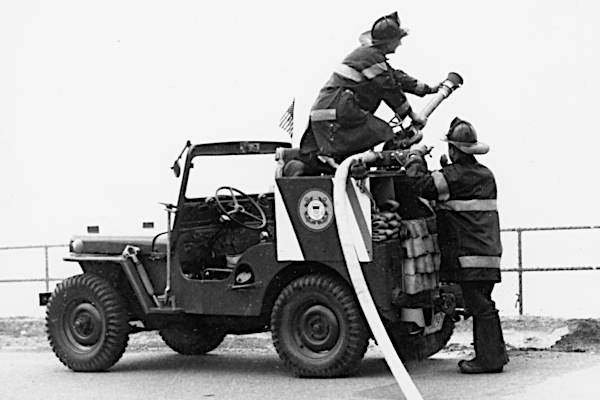 U.S. Coast Guard Base, Governor's Island. The USCG took over from the Army in 1966, and converted a military M38 into a hose wagon equipped with a portable deluge gun.

Jack says, "Firefighters there built a crude hose bed and platform for the large caliber stream device. There were several areas on the base that had to be entered via archways. The height of these archways was insufficient to allow standard pumpers to enter.

This Jeep was the solution. It was strictly a hose wagon, not equipped with a pump. As it entered the archway, they would drop a large diameter supply line and stretch to the point of operation where they either used the gun or stretched a 2-1/2" hand line. The supply line was fed by a standard pumper outside the archway." 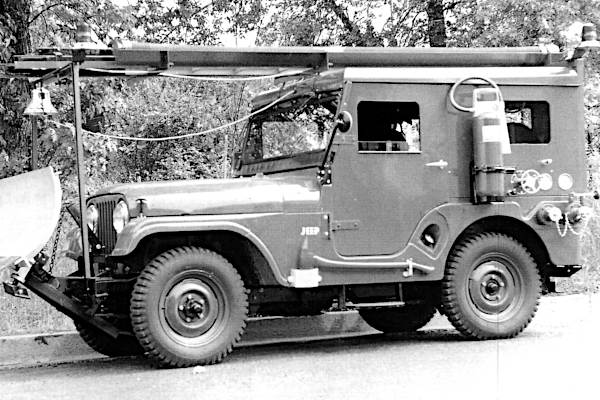 Nassau Smelting, an industrial facility on Staten Island, operated a 1959 CJ-5 built by Tasc and equipped with a Hale CBPM high pressure pump and snow plow.

This Jeep has some unusual features, including the bell operated by cord from inside the cab, pump controls integrated into the steel hardtop, and plumbing running through the rear quarter panels. 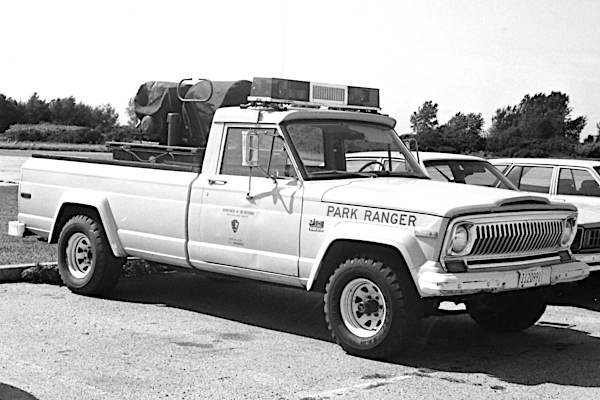 Department of the Interior, National Park Service: Gateway National Park. Floyd Bennett Field was the main facility for this large park which also included Fort Tilden/Riis Park, Broad Channel Nature Sanctuary, Miller Field and Great Kills Park. One of the many apparatus used within this park system was a J-10 Jeep truck with a skid mount pump unit. 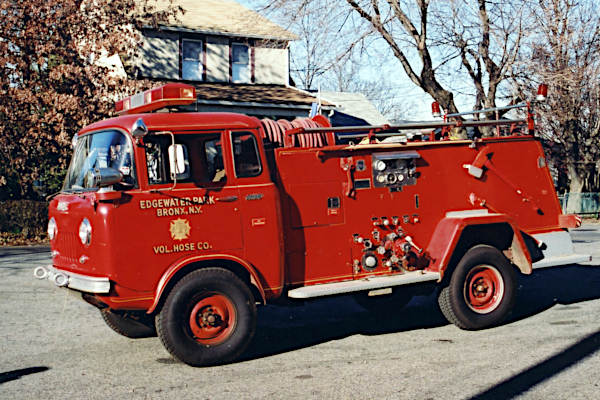 Jack has provided a good photograph of the 1964 Forward Control truck which remarkably was in service until 2003 with the Edgewater Park Volunteer FD, a volunteer department that still operates in a somewhat private community in the Bronx. They purchased the Howe Apparatus 500 GPM pumper with 200-gallon tank new, and it served as Engine 3 until it was traded in to VRS sales for a new 500 GPM pumper (400K JPEG) built on a 2003 GMC-Isuzu chassis. 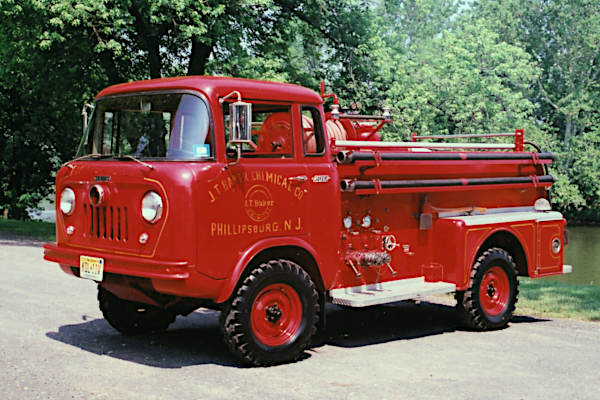 Another FC-170 was operated by J.T. Baker Chemical Company over in Phillipsburg, New Jersey. It's a 1963 Forward Control chassis with body by Hahn, including a distinctive front beacon light built into its nose. Equipped with a 500 GPM pump, 200-gallon tank, and 60-pound Purple-K system, it is now owned by a collector in Texas. Great photo by Jack Calderone. 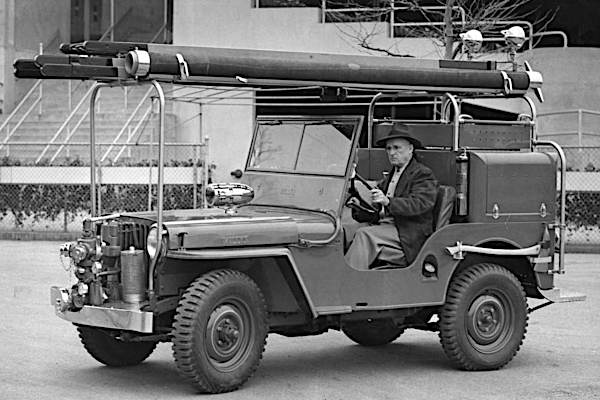 Aqueduct Race Track in Queens, NY. This appears to be a CJ-2A conversion by Boyer Fire Apparatus of Logansport, Indiana. However, Jack says, "To date I have been unable to find any information on the apparatus, what agency actually operated it, or when it was there."

And I wonder who the dapper gentleman in the driver's seat is. 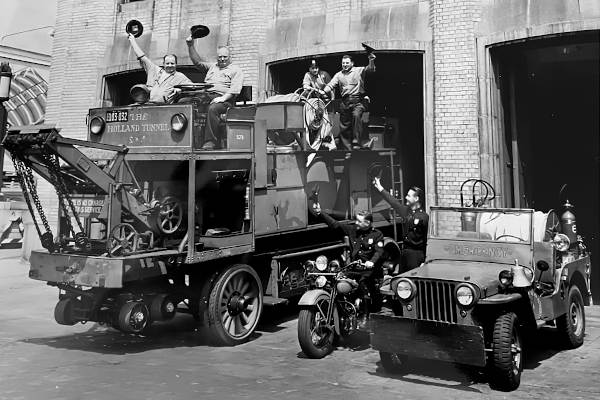 The Port Authority of NY and NJ operated this early CJ-2A for response to fires within the Holland Tunnel. It was equipped with CO2 extinguishers and a reel of hose possibly intended to extend the reach of the 200-gallon foam tank on the battery-powered wrecker also seen here. The double-ended wrecker was designed to go into the tunnel and pull a vehicle straight back out, and one had been in service at each end of the tunnel since it was opened in 1927. (Fire Engineering)


Jack also mentions this: "Freedomland USA, an amusement park in the Bronx that was supposed to be New York City's answer to Disneyland. It opened in 1960 and closed in 1964. The park FD operated a pumper, ambulance, and two Jeep patrol vehicles. These were painted red and equipped with portable extinguishers. The information appears in a 1963 copy of Fire Engineering and has been verified through an interview with a person who served as a firefighter at the park. However, no photos or additional information has surfaced to date."

Thanks to Jack Calderone, editor of Fire Apparatus Journal, who would appreciate hearing any further details on these New York vehicles. And thanks to Gary Urbanowicz, Greg Gottlieb, Gary Dreyer and Patrick Donavan for their assistance. -- Derek Redmond