Page 3: Installing the Valves and Camshaft 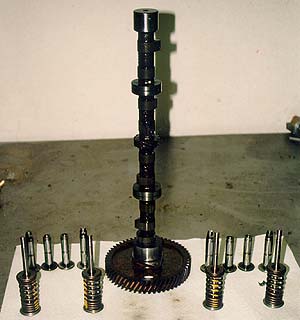 Except for the tappets, all of the parts in thispicture are new. Because this is a new cam, the tappets had to be reground. If the old cam is being reused and the tappets are still useable make sure the tappets go back into their original positions in the engine. 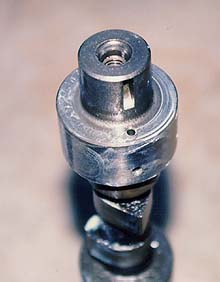 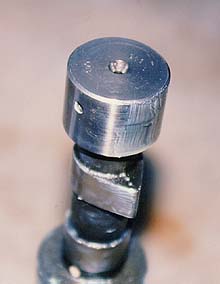 These are the ends of the camshaft. At left is the timing gear end of the shaft. 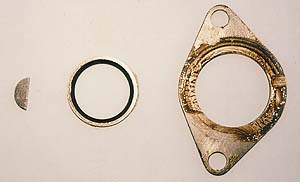 From left to right: the woodruff key that goes into the slot on the camshaft, the timing gear spacer, the camshaft thrust plate. 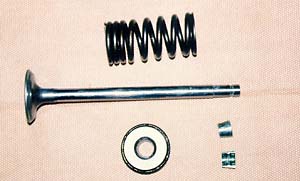 When the valve spring is properly installed, the two coils that areclosest together, toward the left in this picture, should be againstthe block. 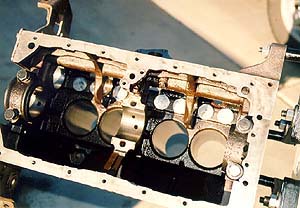 The valve tappets are installed, in the same holes from which theywere removed. Use lots of engine assembly lube on all surfaces thatcontact another metal surface.

The main bearing dowels have not yet been installed. 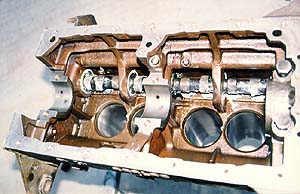 This photo shows the camshaft in place. 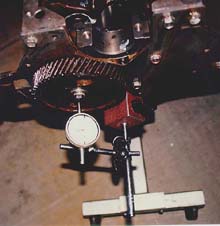 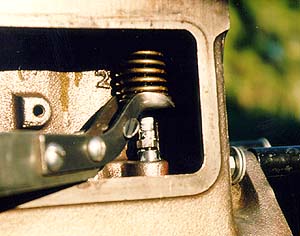 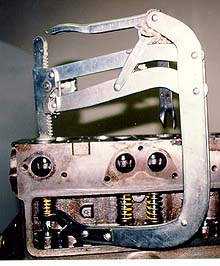 This is a wider view of the C-clamp valve spring compressor, whichwill work with valve-in-block or with overhead valve springs, but thecylinder head must be removed first. There are two other types thatwill work with the cylinder head in place on the engine. One only workson valve in block springs and the other only works on overhead valvesprings. 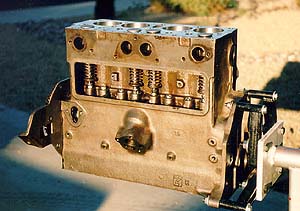 The exhaust valves are all installed. -- Eric Lawson

Continue to Page 4: The Crankshaft