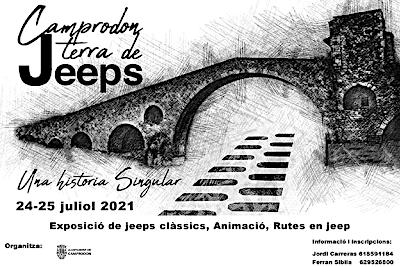 In 2008, CJ3B.info named the town of Camprodon in Catalunya the Jeep Capital of Spain, and since then the municipality has organized several displays of Willys and other vintage Jeeps.

The latest Jeep exhibition in Camprodon (see a location map, 330K JPEG) took place on 24-25 July 2021. Vintage Jeeps from across Spain were invited this year, and despite the pandemic there were 70 classic vehicles in attendance. The poster for Camprodon, terra de Jeeps shows the town's beautiful 12th-century stone bridge, El Pont Nou ("The New Bridge") over the Ter River (below, left.) 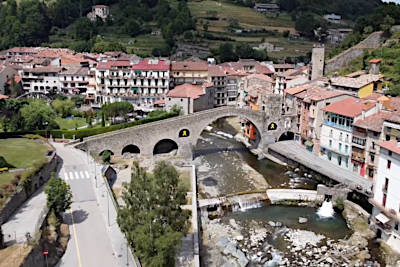 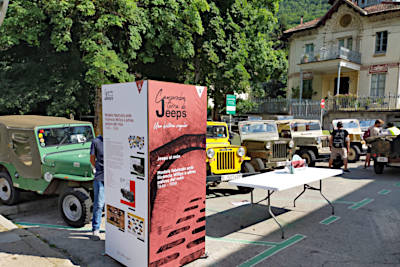 Without a plaza in Camprodon large enough for all 70 Jeeps to be parked in one place, they were divided into four categories, exhibited in different locations. Each had a kiosk displaying information and photos, and this one (above, right) announces Jeeps al món ("Jeeps of the world"), the models built under license from Willys outside North America. 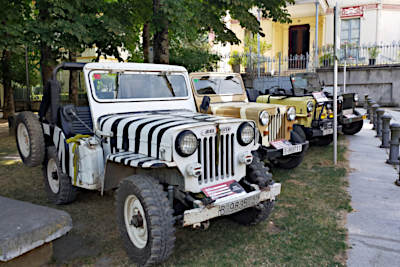 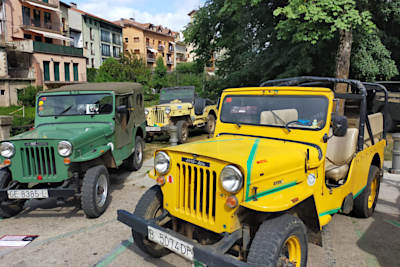 Naturally many of the Jeeps in this group were CJ-3Bs built in Spain under several different names. Above left is an early VIASA military 3B with a Barreiros diesel and a zebra paint job by Jacobo Garcia-Nieto (see also a rear view, 380K JPEG.) There were also plenty of EBRO Bravos from the 1970s and Avia Bravos from the 80s. 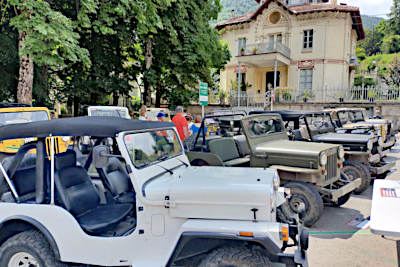 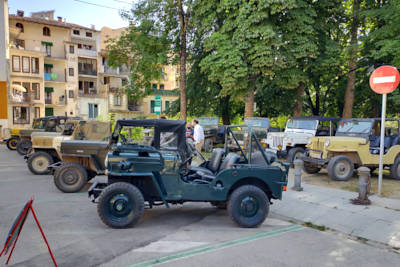 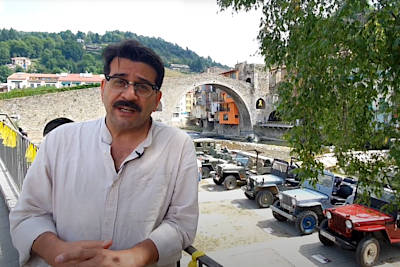 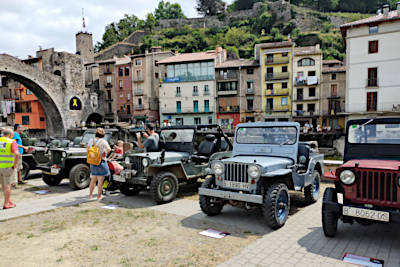 Jordi Carreras, organizer of "Camprodon, terra de Jeeps", is seen here in front of the display of Willys civilian Jeeps, near the bridge in the center of town. 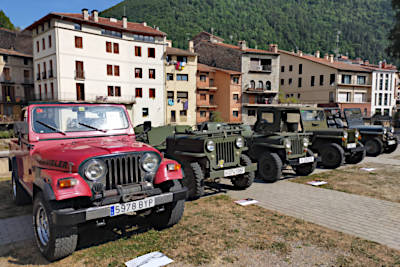 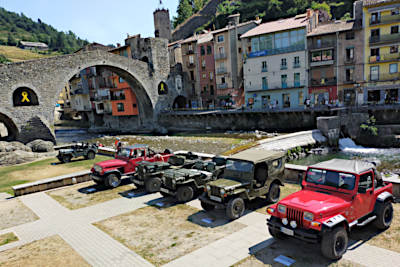 CJ-3As (some of which were used by the Spanish Army) were the most common variety of Willys CJ on hand. Later post-Willys models were represented by a CJ-8 Scrambler and even a YJ Wrangler. 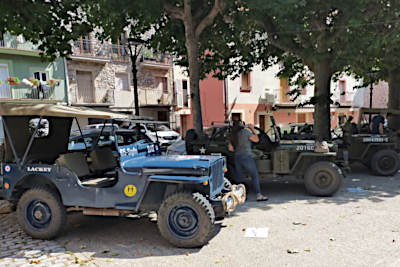 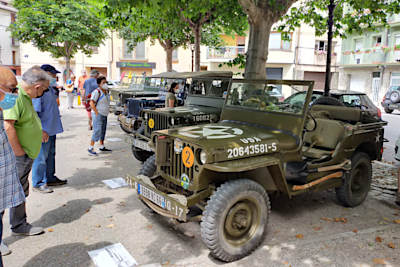 Any Jeep event in Europe brings out lots of MBs and GPWs from World War II, and in Camprodon they were displayed in Plaça del Carme ("Carmen Plaza"). One surprise (above left) was this example painted in Royal Air Force colors, belonging to Ferran Sibila. 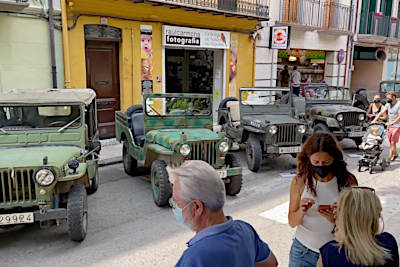 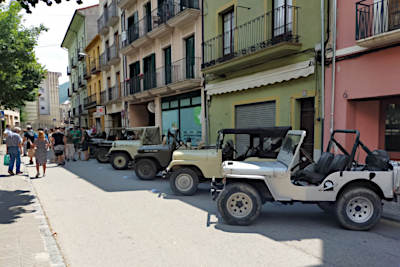 Later Willys military models (M38 and M38A1) were parked in Plaça de Santa Maria. Just as some of the CJs were painted in olive drab, many of these military Jeeps were repainted in civilian colors.

Tours of the Valley 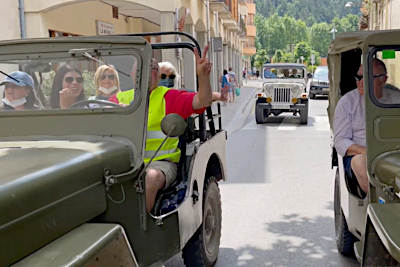 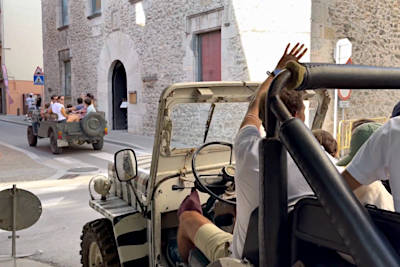 Over the weekend the Willys owners of Camprodon made friends of many of their visitors, and there is hope that Camprodon, terra de Jeeps will be repeated and even expanded next year. 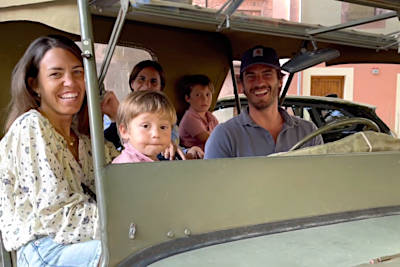 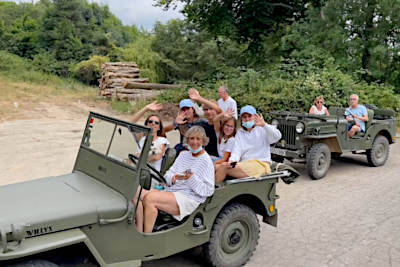 Both days of the event featured road trips through the valley and into the mountains. It's easy to see that everybody had a blast. 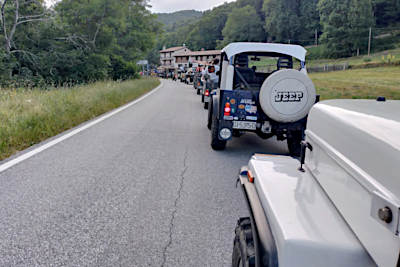 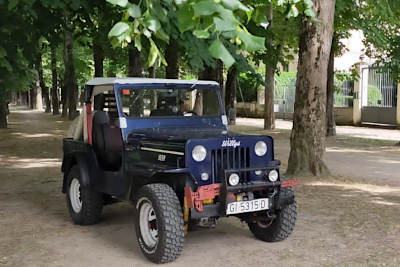 Probably the most unusual CJ-3B on hand is seen here in front of Josep Bordas' Mahindra. The modified VIASA belongs to Josep Subirós from Lloret de Mar on the Mediterranean coast, and has mechanical upgrades including a Sofim (Fiat) 2500 diesel, Mercedes power steering, hydraulic clutch and disc brakes. The front grille (right) features sunken headlights. 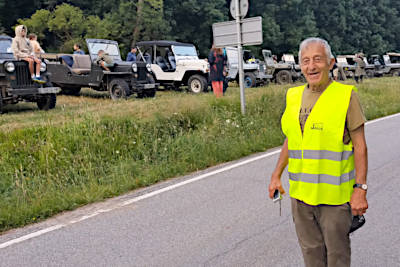 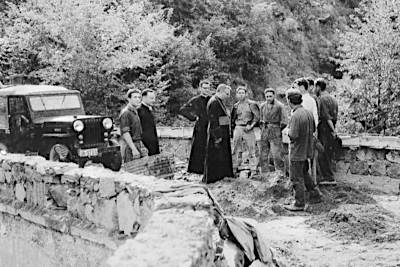 One of the volunteers keeping things moving smoothly was Alejandro Cuadrado, who was an early Jeep owner in Camprodon and for many years operated a garage repairing Jeeps. A photo on display this weekend showed Alejandro transporting the Bishop of Girona over the first road being built to Camprodon in the early 1960s. Another showed him driving veterinarian Josep Pons (250K JPEG). 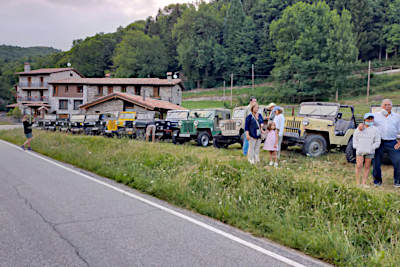 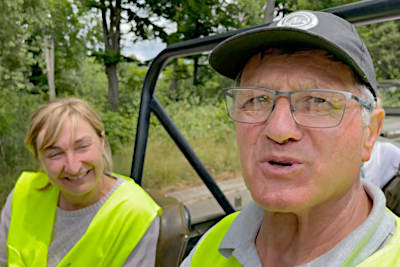 Also instrumental in helping to organize "Camprodon, terra de Jeeps" were Rocío Busquets, daughter of Pere Busquets who sold many of the first surplus military jeeps in Camprodon, and Joan Busquets, mechanic specializing in Jeeps, and nephew of Pere Busquets. 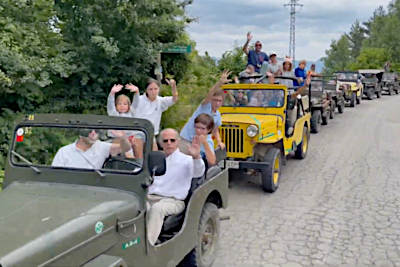 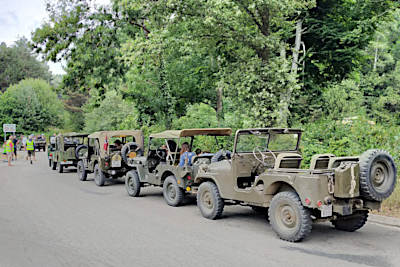 Thanks to Josep Bordas and to Ferran Sibila of Autos Històrics for taking photos during the weekend, and to Jordi Carreras for organizing the event. -- Derek Redmond

See the scenery of the Valley of Camprodon in Camprodon: Jeep Capital of Spain

Check out our list of the 44 Jeeps of Camprodon, and my 2008 Visit to Camprodon.