According to the history I pieced together of Jeeps in Spain, the name "Avia" replaced "EBRO" as the brand name for the Spanish-built Jeeps around 1980. The CJ-3B and its long-wheelbase version, powered by the Perkins diesel, retained the model names "Bravo" and "Bravo L". 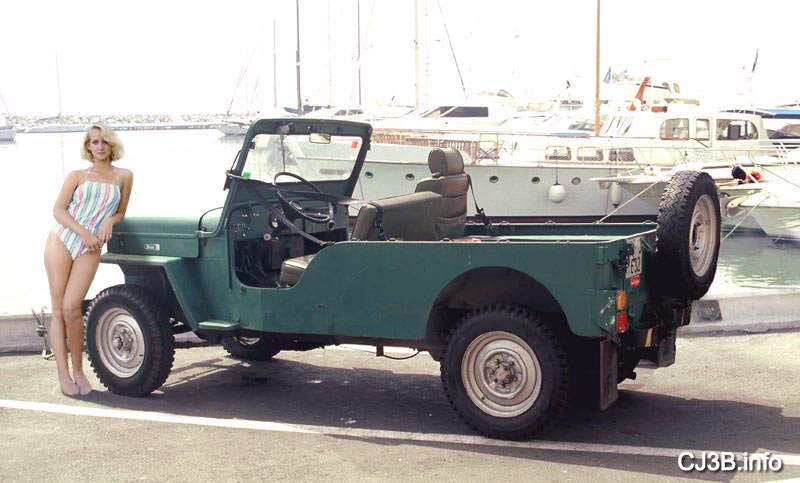 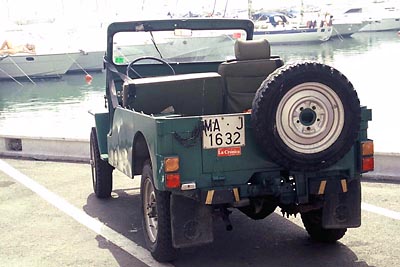 This Avia Bravo L was spotted in 1999 at Puerto Banyuls, near Marbella on the sunny southern coast of Spain, by Jean-Louis Martin. 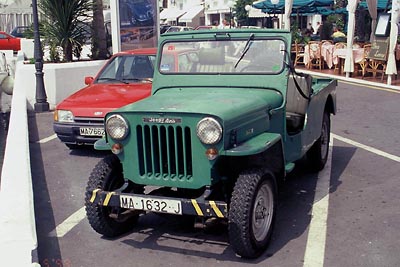 This Jeep carries an "Avia" tag on the front, and "Bravo L" tags on the hood (see a closer view of the grille and hood, 50K JPEG.)

A 1979 Jeep Avia brochure shows the "JEEP" name stamped on the sides of the hood. 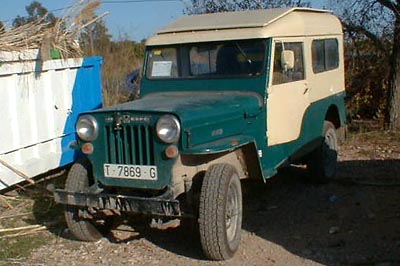 For those who would rather have some shade, this safari-style hardtop provides protection from the sun.

This BravoL, owned by a contractor in Tarragona, Spain was photographed by Jean-Francois Lavie who comments, "In Spain they are still just workhorses and do not have the mythic status yet." This Jeep has a "Jeep EBRO" tag on the front, so it pre-dates the adoption of the Avia name. A closer view of the hood (50K JPEG) shows the BravoL tag and the mounting bracket for a rear-view mirror. 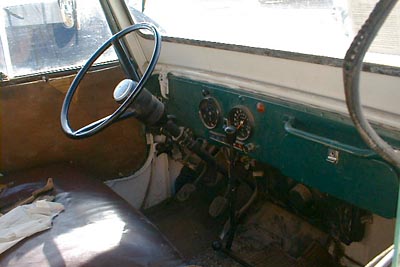 A look at the interior reveals distinctive features like the glovebox, two instrument clusters, and suspended pedals.

A closer view of the right rear corner (50K JPEG) shows the taillights mounted on brackets, the bumperettes, and the sockets for the softtop bows. 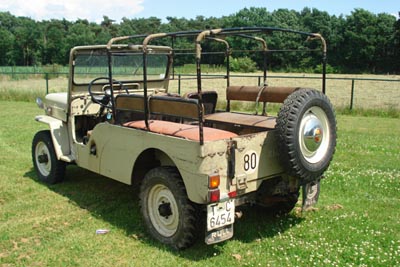 Prior to the takeover of Jeep production in Spain by EBRO in the 1970's, short and long-wheelbase versions of the high-hood flatfender, known as the CJ3 and CJ6, were produced by VIASA. 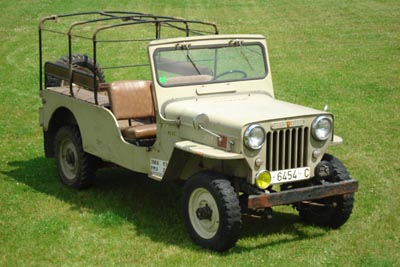 This Jeep also came from Tarragona originally. It's still very original, with the exception of a new softtop and new front seat. 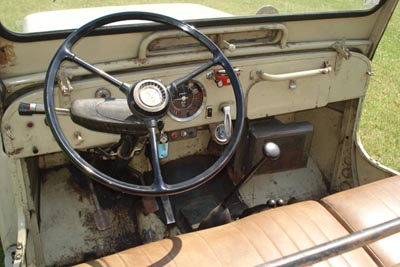 The VIASA has a single instrument cluster, and a flat steering wheel rather than the conical wheel of the later Bravos. See also the Perkins diesel engine (80K JPEG) and the underside (80K JPEG).

The production of long-wheelbase flatfenders in Spain from the early 1960s to the mid 1980s is a unique record in the history of licensed Jeep production around the world. Mitsubishi in Japan and Mahindra in India had models in production into the 1990s, but they strayed much further from the original flatfender design. 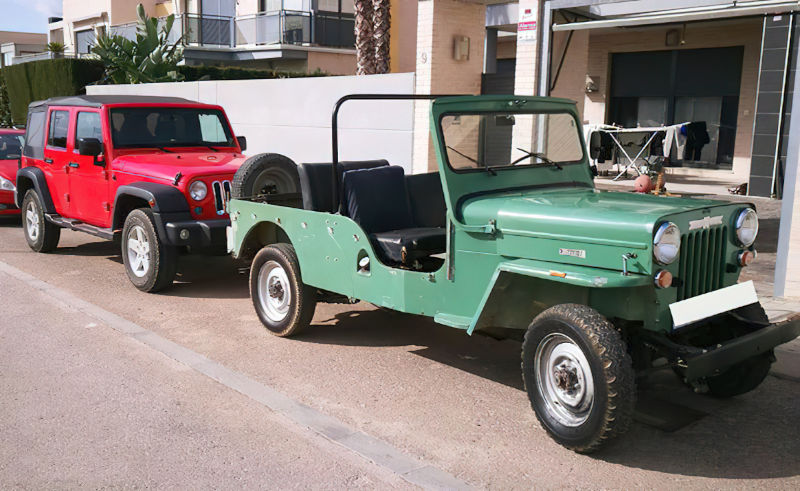 The long CJ-6 and CJ-8 produced by Willys, Kaiser and AMC in the USA were never very popular, but Chrysler tried again with the TJ Unlimited in 2004, and finally the four-door idea really took off in North America with the JK in 2007. In Spain, the long JK is a natural fit, and Esteban Escrich took the photo above, of his BravoL and JK in Valencia in 2017. See also a closer look (380K JPEG) at the BravoL.

See more Jeeps in Spain and a VIASA CJ-6 in Italy turned into a hardtop pickup.