The Spanish company VIASA was licenced starting in 1960 by Kaiser-Willys, to build the CJ-3B, and also to produce a long-wheelbase version they called a "CJ-6" (similar to the "CJ-4" made by Mahindra in India). See the serial number plate (15K JPEG). 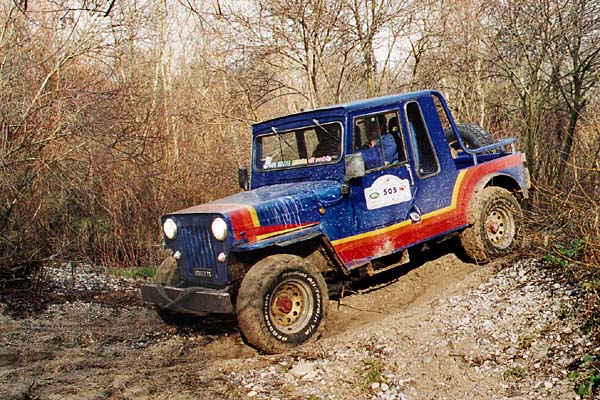 This 1975 VIASA CJ-6 belongs to David Zidaric of Trieste, Italy, who bought it a year ago. Originally military green with a soft top, it was converted into a hardtop pickup in 1979 by its first Italian owner, who used it mainly for fishing trips. It shows only 38,000 km on the odometer. See also a photo of the instrument cluster and dashboard (40K JPEG). 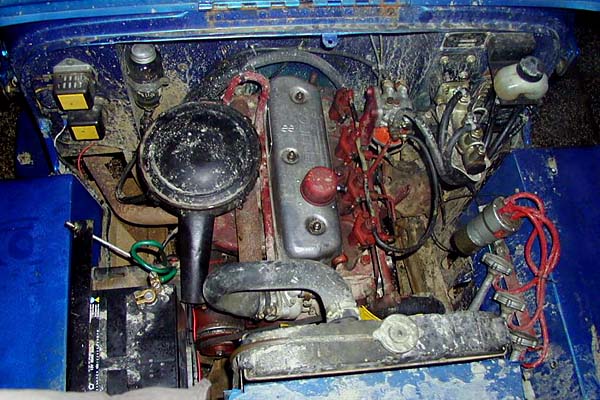 The engine is a 4 cylinder, 2007cm3, 65HP diesel unit, made by Barreiros. The 2565mm (101") wheelbase allows plenty of room for the stock drivetrain which includes a four-speed transmission. 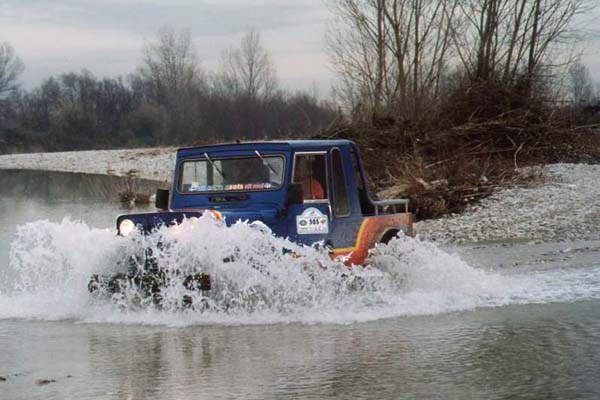 This water crossing photo was taken at the 12 December 1999 offroad meet in Gradisca, Italy, organized by the Alpe Adria Offroad Club and listed in the Guinness Book of Records as the largest event of its kind in the world. David's Jeep was the only flat-fender in attendance, although there were other more recent Jeeps. 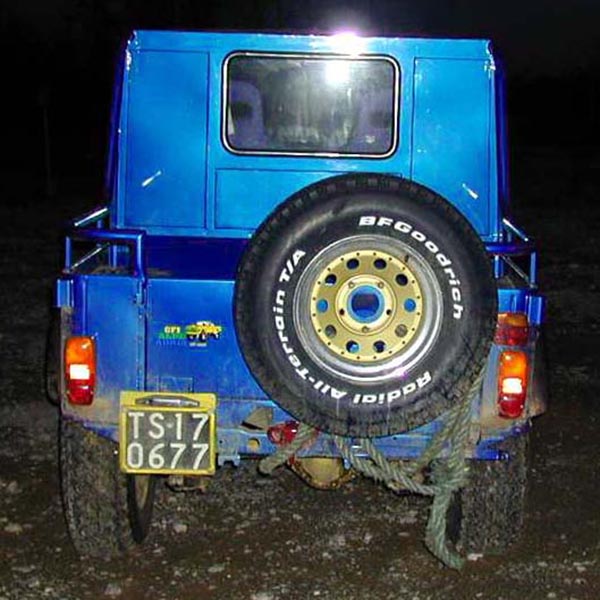 Thanks to David Zidaric for the information and photos of his unique Jeep. -- Derek Redmond

For more LWB Jeeps in Spain, see Room for Sunbathing on CJ3B.info.

Return to the Index of Unusual Photos or to Jeeps in Spain.