As seen in Early CJ Rear Seats on CJ3B.info, the way rear seats are mounted in the CJ-5 and CJ-6 is different from those in the CJ-3B. Dick came up with a simple way of making the same seat work in either model. -- Derek Redmond 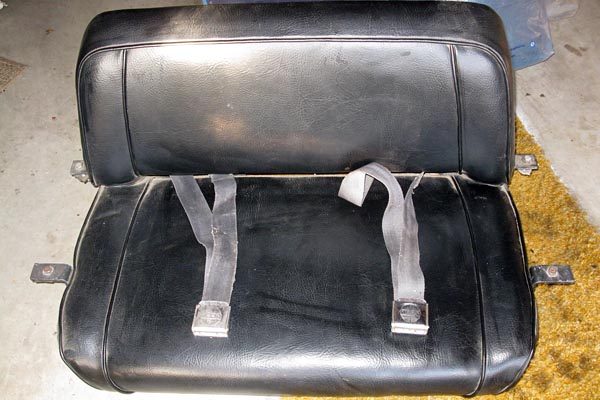 I modified the seat support frame so that it hangs from the top of the rear fender housings. Thus I have a rear seat that works in both CJ's when I need it to. This modification also allows for more storage under the seat. 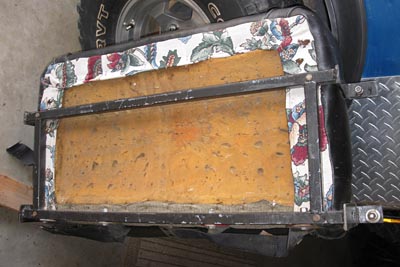 With 1" sq. tube I made the frame go from side to side under the seat.

Note -- the seat has been re-upholstered twice! 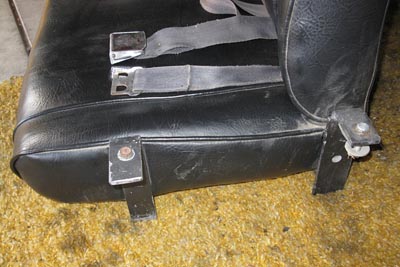 The original seat belts were bolted to the rear 1" cross tube under the seat. 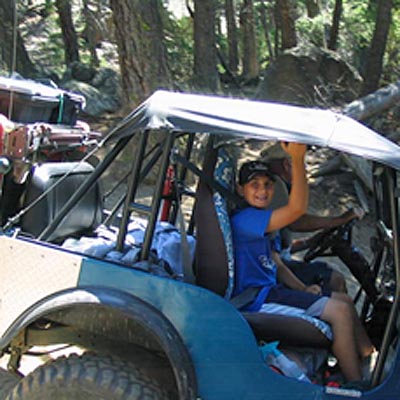 It has not been in either Jeep for a few years -- my kids are grown up and so are the grandkids. This is the only action photo I can find -- this was in Montana in 2007. 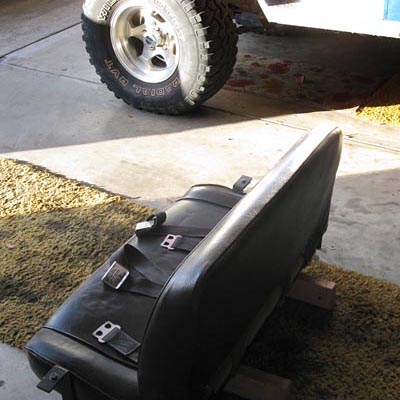 So if you could find a rear seat in a wrecking yard out of a CJ-5 or even a CJ-6 it will work in the 3B. It probably will not work with the CJ foot mounting though -- it will need modifying as described above.


Thanks to Dick for the photos and description. See also the history of Early CJ Rear Seats. -- Derek Redmond