The images below are scans of paint chip sheets for Willys vehicles from 1955 to 1958. They are an approximation of the colors used by Willys, and should not be considered a replacement for actual paint chips. Note that it is not always clear which of the colors were used by Willys on the CJ-3B model in particular years. Elsewhere on the web, see chips for most years at AutoColorLibrary.com. 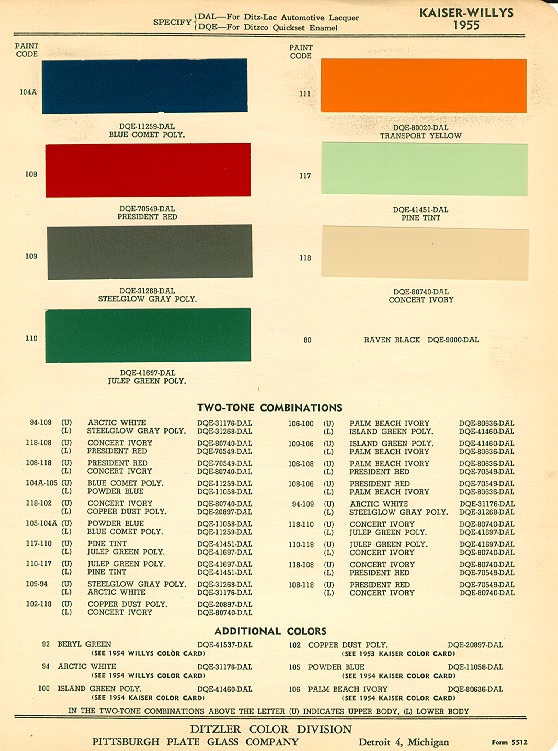 New and notable is Transport Yellow. 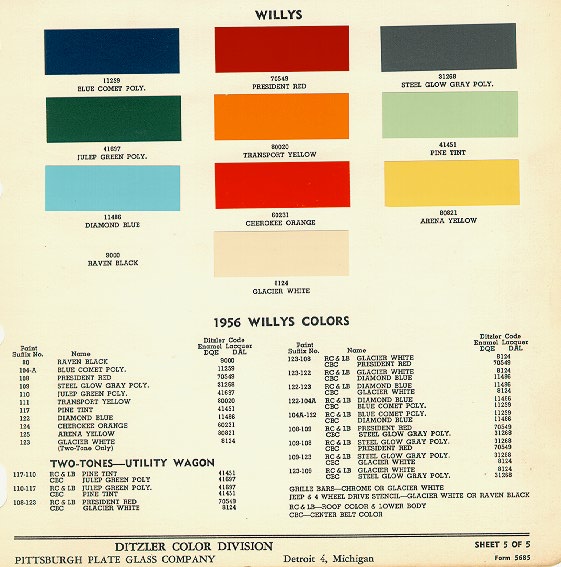 "Jeep" and "4 Wheel Drive" stencil: Glacier White or Raven Black. Otherwise, Glacier White used only on two-tone vehicles, according to a Ditzler bulletin dated May 1956.

Chris Baker reports that a 1956 Willys-Overland parts list booklet that accompanied a 1956 service manual, lists white and universal grey wheels as standard on all 1956 model CJ's. The military version is listed as "upper match," probably meaning the same color as the tub.

Versions of the Willys CJ-3B brochure were printed showing the CJ-3B in orange, yellow or green, which suggests these colours were available. 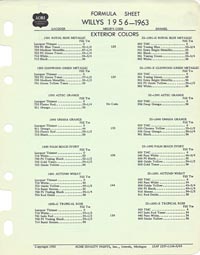 Still looking for a single-year sheet. Probably the same as 1957, except without Aztec Orange, and perhaps with some new colors added including possibly Parkway Green. 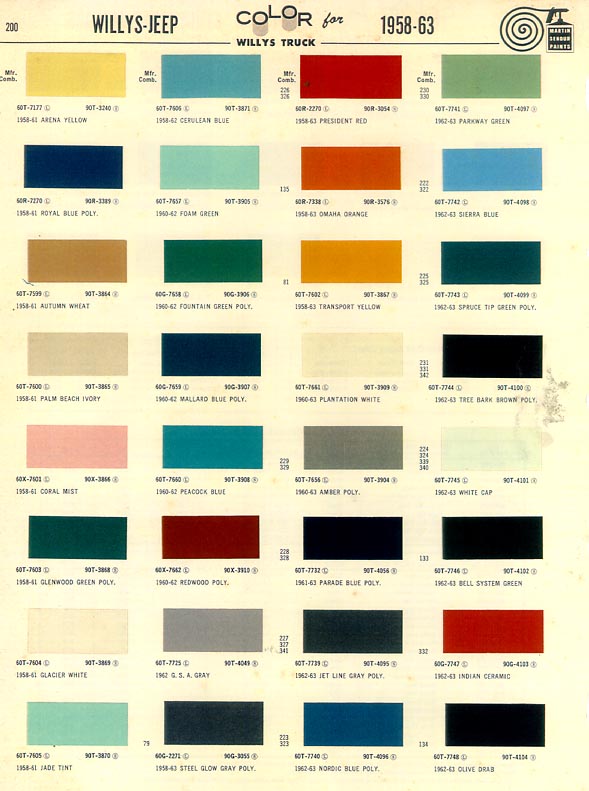 1958-63 from Martin Seymour Paints, found by Steve Chabot, includes Royal Blue and Glenwood Green as in 1957, but replaces Aztec Orange with Omaha Orange (as used in 1959-63). President Red, Steelglow Gray, Transport Yellow and Glacier White also appear as in 1957.