Wade at the River 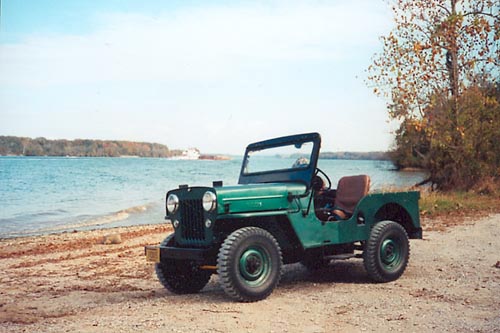 Here's a nice set of photos by Lawrence Wade of his 1955 CJ-3B, taken during a drive through the Wheeler National Wildlife Refuge near Decatur, Alabama, beside the Tennessee River. Click any of the photos for a larger version (130K JPEG). 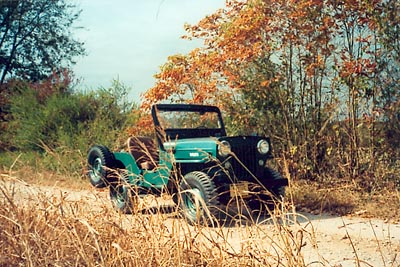 The Wheeler National Wildlife Refuge was established in 1938 on the Wheeler Reservoir, created by a Tennessee Valley Authority dam. It's approximately 34,500 acres in size (including 20,000 acres of water). It extends from Decatur to Huntsville and includes portions of Redstone Arsenal and NASA's Marshall Space Flight Center. Wheeler is a habitat for a variety of birds and animals; a visitor is likely to see ducks, geese, herons, egrets, and maybe an eagle or two. On some days you can even spot the endangered flatfender. 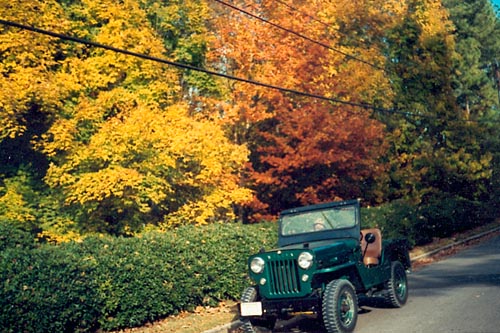 The Refuge includes a lot of cropland, where some grain is left in the fields to attract the waterfowl, and it also includes beautiful forest. 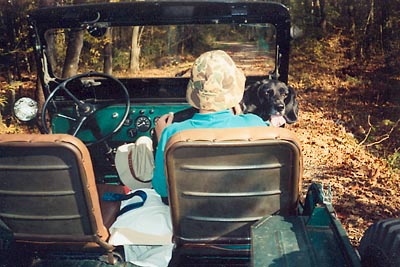 Lawrence and his late wife Ora Lee and their dog Heidi enjoyed the fall foliage during this trip to Wheeler in October 2001. See another photo of the girls enjoying the view beside the river (90K JPEG). 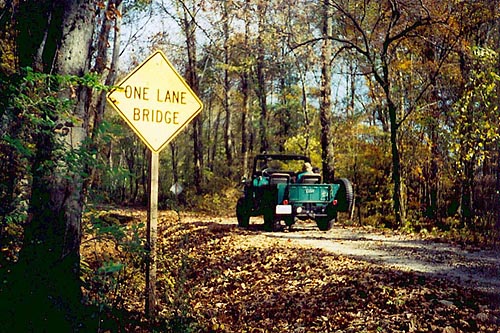 See also photos of the Wades with the B on display at Car Shows. 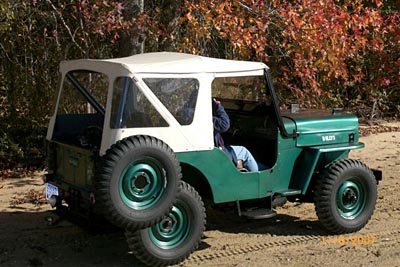 In late 2007, Lawrence was back at Wheeler, with the top on this time. (Check out how he keeps that rear curtain so neatly out of the way.) He wrote, "Went to Wildlife Refuge for our annual trip, was very upset when I found the gates were closed a month earlier this year. Made a few quick snapshots by the lake as a last resort." 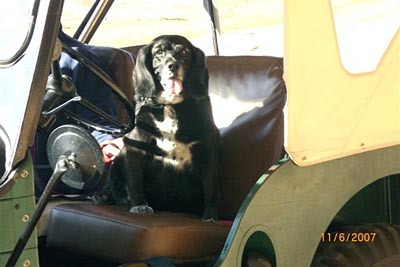 "A little early for good colors down south. A few leaves are beginning to turn. Heidi as usual was very excited about the trip. I guess this may be her last trip as she is 16 years old."

Thanks to Lawrence for the pictures. He tells the story of the Jeep in Family Tradition. -- Derek Redmond