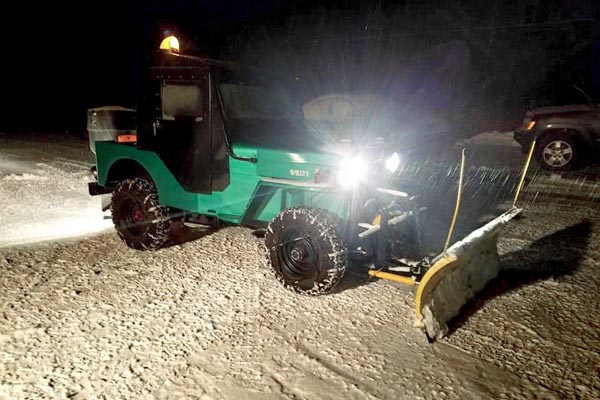 Ben Sickler's plow Jeep in Tunkhannock, Pennsylvania is a CJ-3B with a rare 1954 "OB" serial number. During the winter, he uses it to maintain his property and driveway, but doesn't take it on the road. 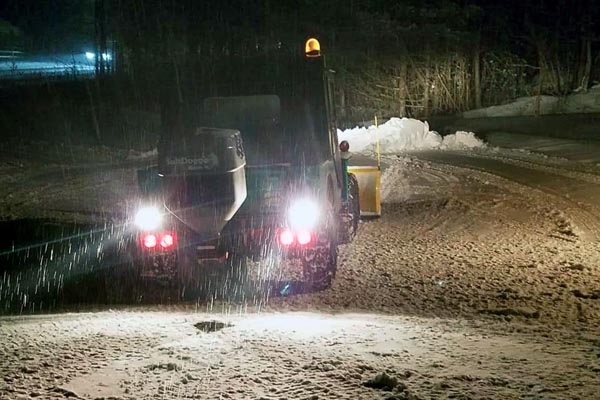 The first 2,600 units of the 1954 model year had "CJ-3BOB" stamped as the serial number prefix, before Willys returned to the standard "454GB2" prefix. (See 1954 CJ-3B "OB" Serial Numbers for an inconclusive discussion about why Willys might have done this.)

Another rare detail on Ben's Jeep is the optional vented windshield (250K JPEG) which works well for keeping the glass defrosted while plowing. 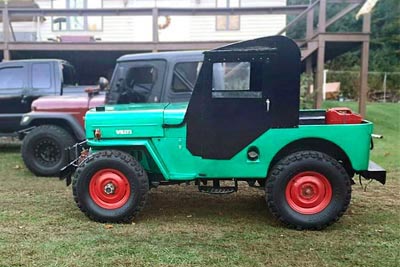 This 3BOB was fully restored by Ben in 2016. For plowing, he uses a set of 15" wheels with bias-ply winter tires and chains, but for the summer he has a dressier set of red 16" wheels with 255/85-16 Interco Thornbirds. 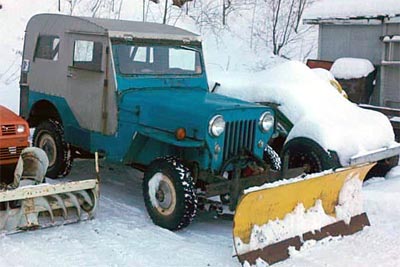 The Jeep is seen here on the day it was bought by Ben, who is the third owner. He comments, "The original manual-angle plow has been restored and tucked away, and replaced with a Meyer power-angle plow for ease of use. I also still own the Sears aluminum full cab -- I can't bring myself to part with it because it's in such nice shape." 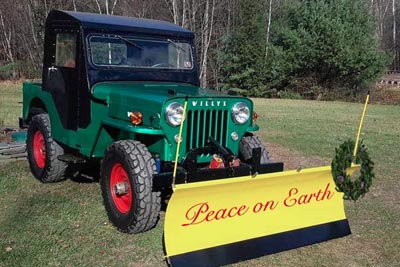 After the restoration and repainting, and replacement of the top with a cozier halfcab, Ben posed the 3BOB for a photo which was embellished to turn it into the 2019 Christmas cover page picture for CJ3B.info. 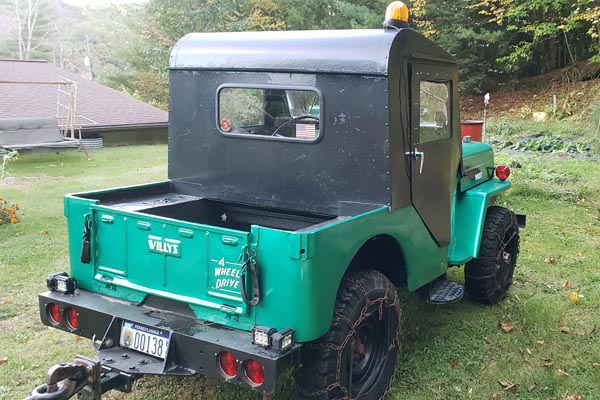 "The halfcab is actually an all-steel Sears model I widened from a CJ-2A to fit on the front edge to match the windshield frame.

"However, the center divider between the front seats and pickup bed area (240K JPEG) was in the Jeep from when the original owner purchased it brand new, according to his daughter as he passed away many years ago." 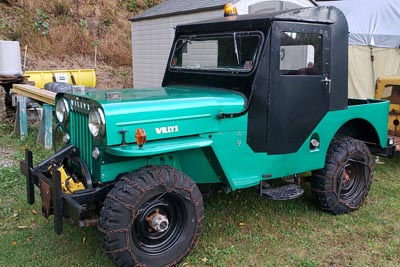 With only about 12,000 original miles, the 3BOB's body didn't need extenisve work. Ben says, "It is all original sheet metal, with new floor pan patches in the front only." 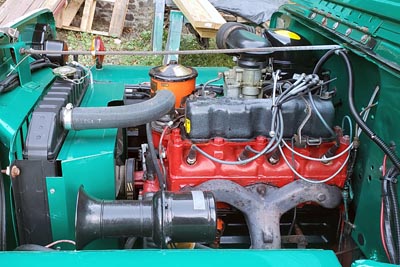 The original engine sat in the Jeep in a basement from 1977 until Ben purchased it around 2012. It's now in his garage awaiting rebuilding, and he dropped in a replacement F-head. 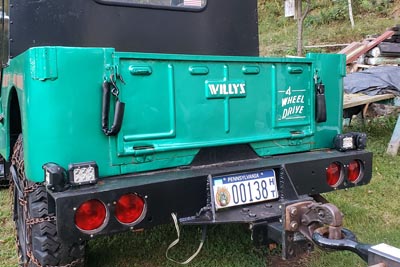 Another feature that Ben likes, was apparently installed by the dealer at the time of sale:

"The rear bumper was also on from brand new, I am told. I'm guessing it was built and installed along with the snowplow when it was purchased new. I'd love to see if anyone else has ever come across a bumper like mine because the body tub never had tail lamps mounted to it."


Thanks to Ben for the story and photos of his unusual Jeep. -- Derek Redmond