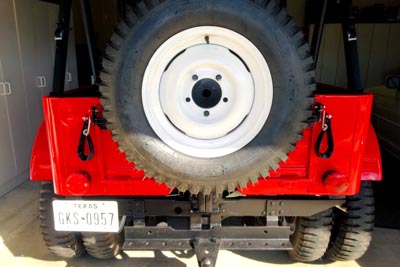 Here are some photos of my latest swing-down tire carrier, simple but very strong. I have had one for about 3 years on another Willys, and have had no trouble whatsoever. I have had a dozen people at car shows ask about it -- I did not know it was that big of a thing. Just built out of necessity.

This new version is a lot easier/cheaper to build. It utilizes the standard 4-bolt hole pattern, for the PTO and frame diagonals. Plenty strong. The load is mostly straight down on the double legs -- two vertical heavy wall 1-inch square tubes. Nothing touches any of the body parts.

The horizontal tubes are also heavy wall. Simply unhook and fold down. The hinges at the bottom of the vertical tubes are gate hinges from the local farm store.

This carrier utilizes the original tire standoff box, which most people would have. (My old original was scratch built, and complicated. The box makes it simpler.)

The drawing notes in red, correspond to the numbers on the photos. I took the tire off for some of the photos, to show better.

Being that each Jeep can vary greatly, it is best if each builder figures out their own exact dimensions. 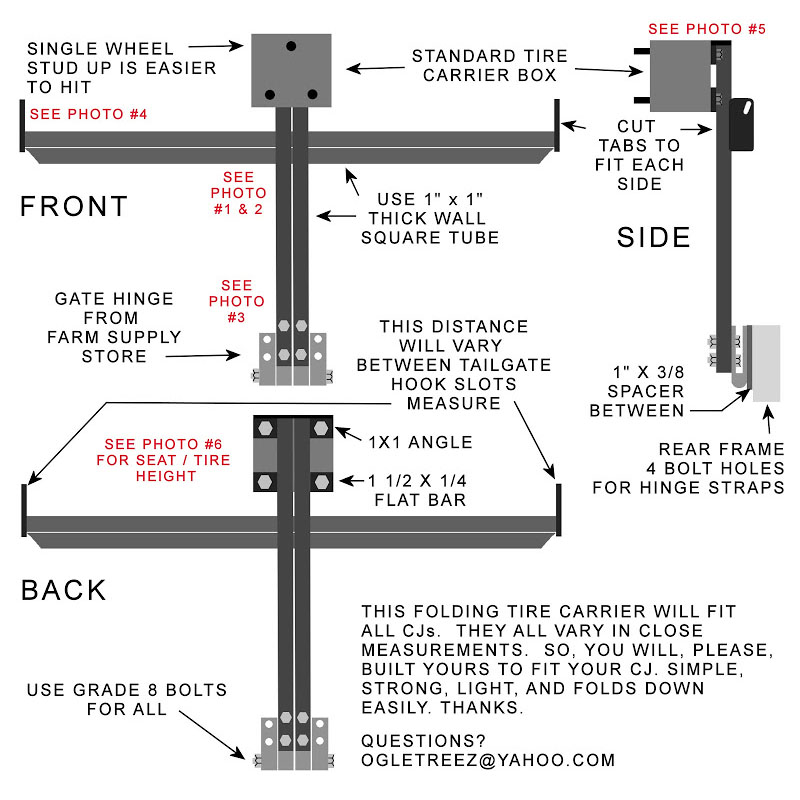 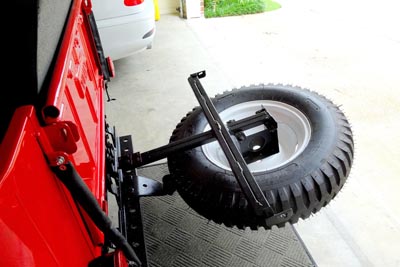 Hope everyone likes the idea and plans. On Fred the Stretched 3B I designed it to rest on the trailer hitch ball. Keeping it out of the dirt, and also, when down the tailgate just clears it perfectly. -- Barry

Thanks to Barry for the plans. -- Derek Redmond