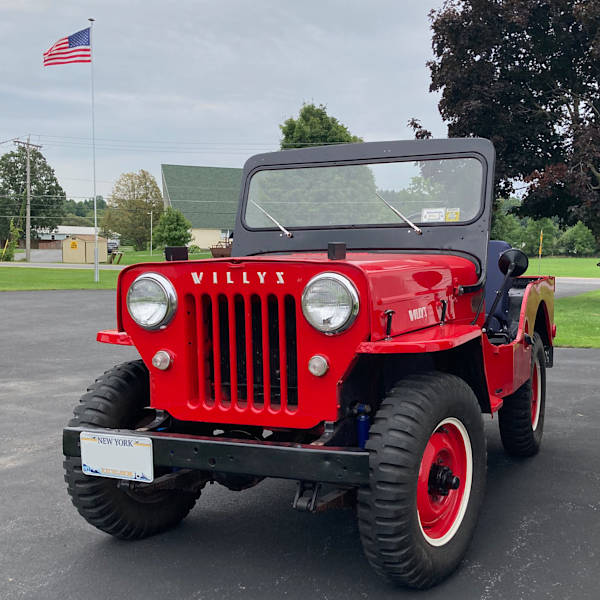 Willys products have always been in my hoard and as the years accumulate, their uses within my world have changed. Jeeps that used to be mountain climbers have been reduced to coffee shop runs and parking lot tire-kicking sessions. Thus, my latest acquisition, even though 4WD, probably will seldom need that lever. It's a pretty, red CJ-3B, a nicely detailed, driver-quality example that recently migrated from Lake Effect Snow Country, Watertown NY. 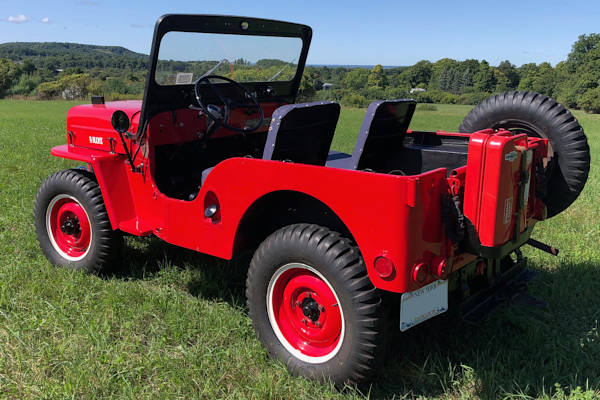 I checked the S/N on CJ3B.info and found it never registered there until now. The previous owner enjoyed it last summer while making some improvements. He had bought it from a longtime owner further west along the Lakes, who had rescued it from snowplow duty in a farmer's hand-painted military colors. 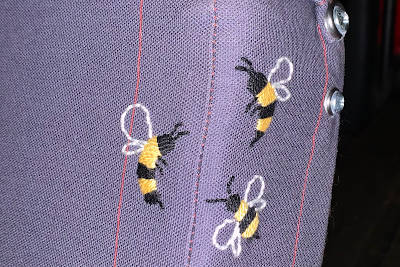 He did the hard stuff, rebuilding the F-134 along with whatever else mechanical it needed, and then applied the pretty red color with accents to brighten it further. As the word came to me, it was being used to pull a hot dog cart to weekend events. His wife redid the seats and applied three bees to signify 3B, an interesting touch I've not seen previously. 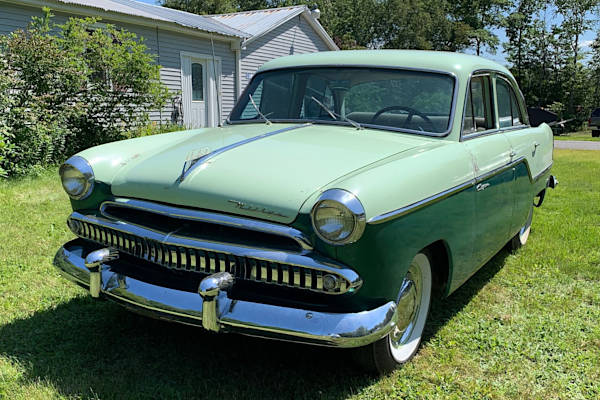 Now safely snuggled next to my basement furnace where I can fiddle with it till spring, the Jeep will live an easy life. It joins a couple other Willys -- a 1950 Jeepster (120K JPEG) and this 1955 Willys Aero Custom. I have three grandchildren so hopefully the future is bright for all of them. 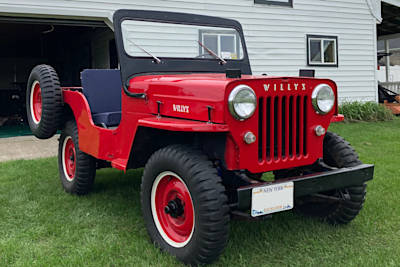 The Jeep's body certainly has defects but as a twenty footer it attracts eyes and probably helped sell a bunch of hot dogs. It is not likely to be seen on the New Hampshire Trail Ride!

Thanks to Glenn for the story, and Jacob Bull for the photos. -- Derek Redmond