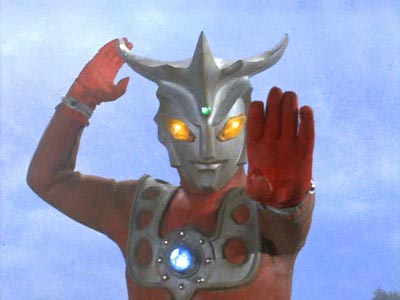 Ultraman Leo is a Japanese TV series from 1974-75, part of the long-running Ultra franchise from Tsuburaya Productions, which began in 1966 with the idea of bringing giant heros to the small screen to fight a seemingly endless series of monsters, much like the earlier Godzilla films.

The Ultraman Leo character hailed from Planet L77 of the Leo constellation, where he and his brother Astra were royalty. After his planet was destroyed by the monster known as Alien Magma, Ultraman Leo traveled to Earth, intending to make it his new home. 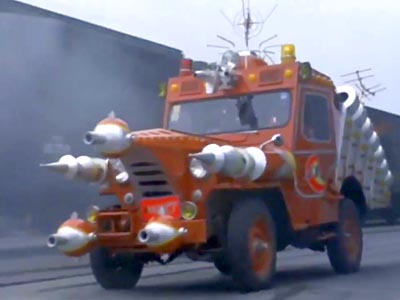 When Alien Magma showed up to conquer Earth, Ultraman Leo was forced to take up the battle again, and subsequently faced various other monstrous creatures. He was assisted by his M.A.C. (Monster Attacking Crew) whose equipment included the "MAC Roadie".

It was pretty obvious that the heavily armed Roadie was actually a Mitsubishi Jeep, with the addition of a shark-like nose, and a fastback rear superstructure.


Bullmark Toys marketed a MAC Roadie that has to be one of the ultimate tinplate Jeep toys. It's a composite tinplate and plastic model, with detailed lithographic printing on the tin, plus three-dimensional plastic elements including working missile launchers on the front fenders. 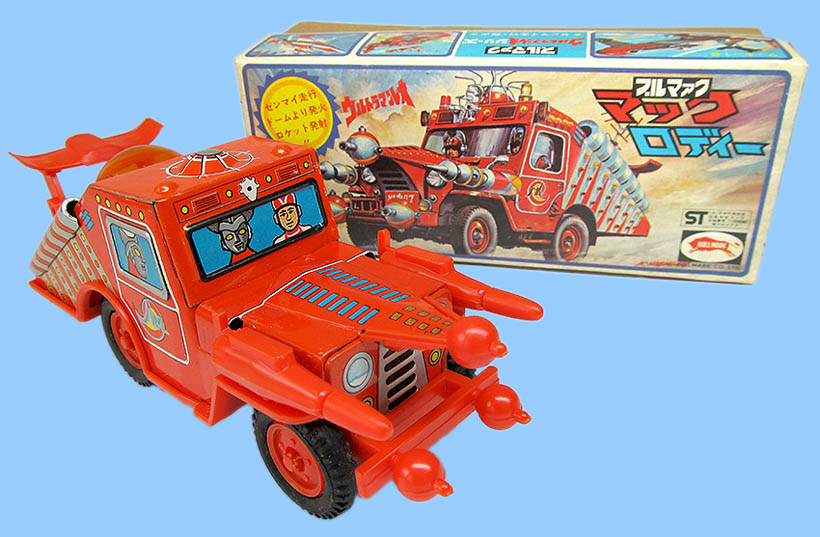 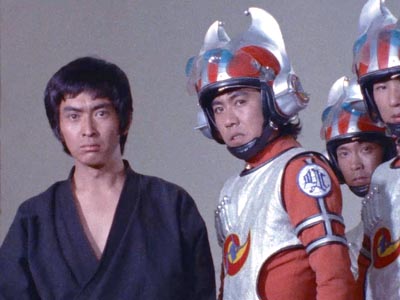 The illustration on the box (250K JPEG) shows the Roadie being piloted by two members of the Monster Attacking Crew, some of whom are also seen in this photo with Gen Ohtori, who is the human alter ego of Ultraman Leo.

Ultraman Leo himself is seen in the windows of the actual tinplate model, but clearly this would be impossible, because when Gen transforms into Leo, he becomes 52 meters tall, and weighs 48,000 tons! (Fandom.com) 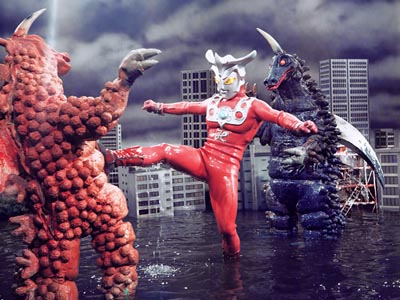 This gigantic size enables him to challenge monsters to a real fight, where his martial arts moves replace the missiles, which are typically ineffective against these alien beasts.

The fight scenes between the good and evil gargantuans in rubber suits, are the highlight of each episode of the show. The modelmakers were obviously kept busy creating cardboard buildings to be smashed. 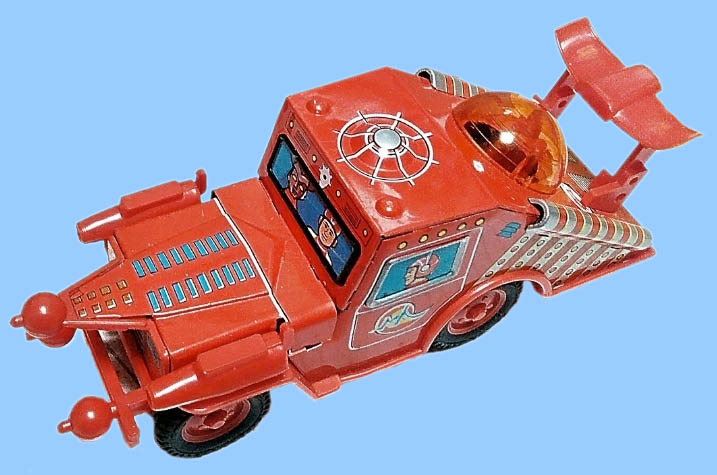 The rear compartment of the MAC Roadie apparently contained some kind of atomic power source, which is represented in the toy by a friction-powered ferrocerium spark generator. 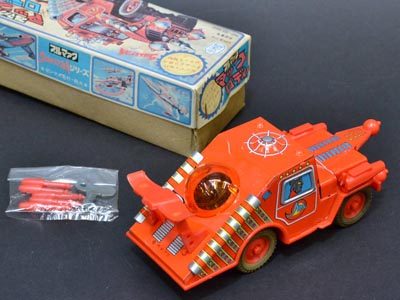 The toy came with a clockwork windup key, and plastic missiles for the front launchers. 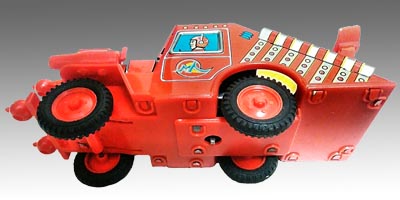 The key was inserted in the base. 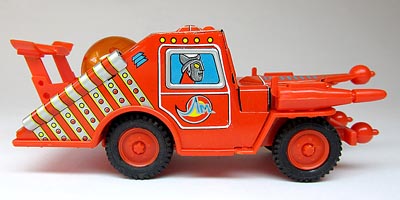 This photo shows the missiles loaded on the spring-powered launchers, and Ultraman Leo in the window. 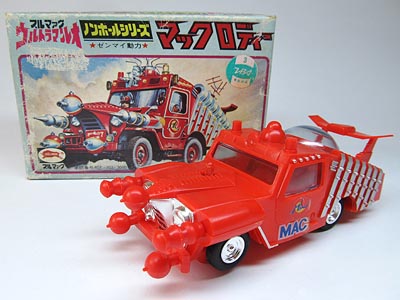 Bullmark apparently also produced a later, all-plastic version of the Roadie, and used the same illustration on the box. 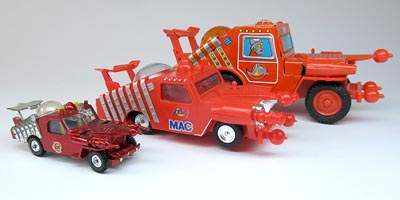 Another MAC Roadie toy was this small diecast version by Eidai Grip.

Despite the Jeep not being a major feature of the Ultraman Leo series, it was clearly popular as a toy. Another small diecast was from Takatoku.

The Takatoku box illustration (110K JPEG) appears to have been pinched from the Bullmark box. 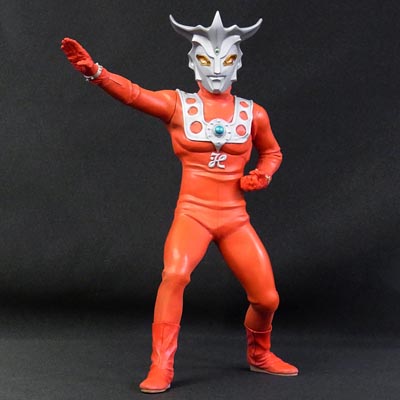 Of course there have been plenty of toy versions of Ultraman Leo himself. This is a relatively recent X-Plus 9-inch action figure; the show still has a cult following. Photo courtesy Nostalgia King.


Thanks to Federico Cavedo for spotting the Jeep in this series. -- Derek Redmond