Playing With Fire is an American/Colombian ten-episode television series based on a 2014 Brazilian series called Doomed (in Portuguese: Amores Roubados). This new version premiered in January 2019 in Colombia, and later appeared on Netflix. (It's not to be confused with many other films with the same title, including the comedy about firefighters also released in 2019.) 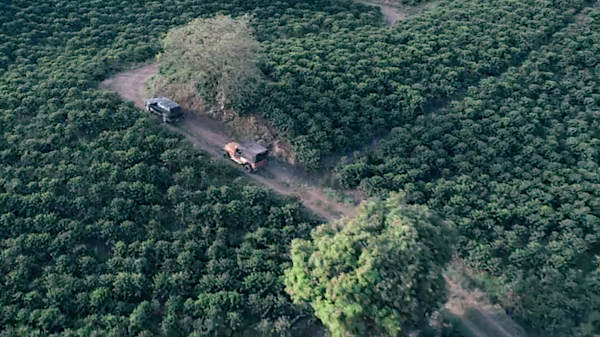 The first episode of the series starts with a bang -- a Jeep chasing an SUV at high speed along a dirt road through coffee plantations. 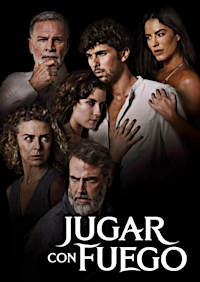 In Playing With Fire (in Spanish: Jugar Con Fuego) the young and mysterious Fabrizio arrives in a prosperous town in the coffee region of Colombia, and gets involved with three women: Camila and Martina, who are married women and best friends, and Andrea who is Martina's daughter. 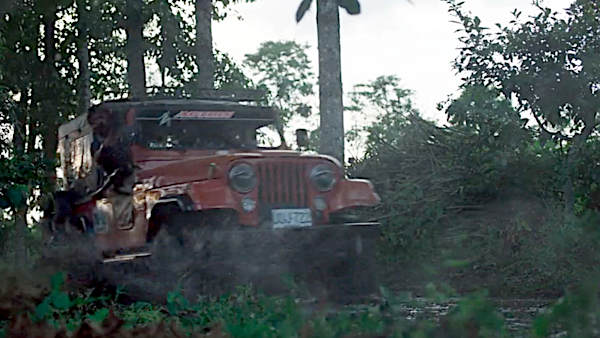 The opening chase scene, with a gunman hanging out of the Jeep, turns out to be a flash forward to Fabrizio on the run after he's pissed off too many people. 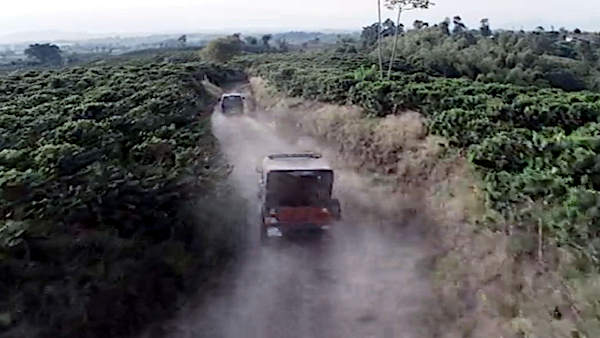 The chase moves so fast it's hard to get a good look at the Jeep, but we find out later it's a late CJ-6. 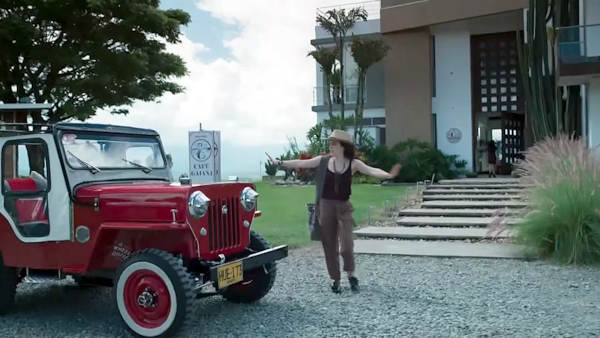 Two competing coffee businesses are operating in the town. Fabrizio works for one of them, and a perk of the job is a flashy Willys CJ-3B that serves as a runabout and as promotion for the company. 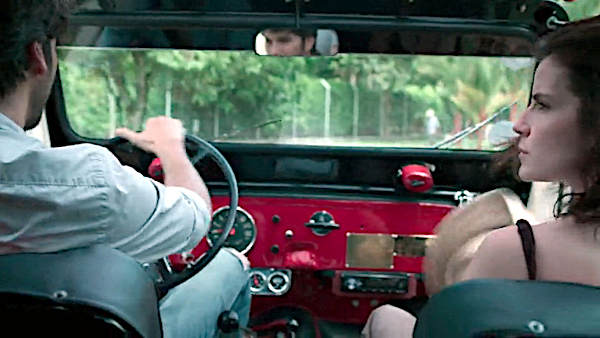 The T-handle parking brake places the 3B as a 1961 or later model. The brass nomenclature plate on the dash suggests it was at some point a government vehicle, possibly even a military M606.

Fabrizio gives a ride to his boss' daughter Andrea, and it's the beginning of a relationship between the two. Meanwhile he's also having an affair with Camila, the wife of his boss' competitor, and soon gets involved with Andrea's mother too. 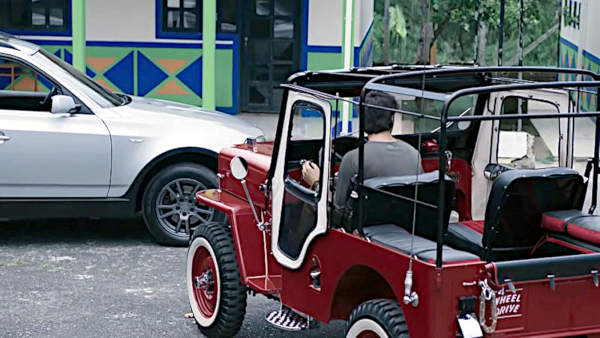 The Jeep appears occasionally during the whole series. It's done up in the popular "yipao" fashion, with details like whitewalls, chrome accessories, white soft top over a set of original-style bows, and "4 Wheel Drive" stencils under the front fenders. 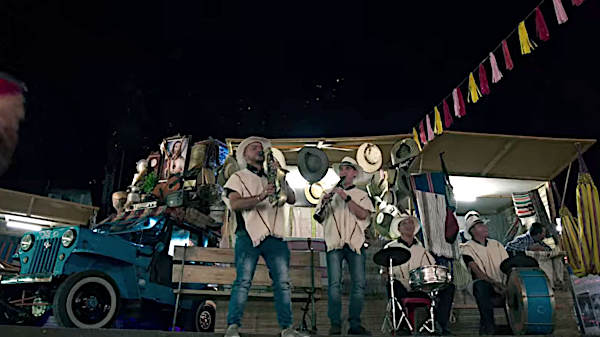 Other CJ-3Bs pop up from time to time, including this one with the traditional yipao parade load of household belongings, serving as a background for the band at a dance in the town square. 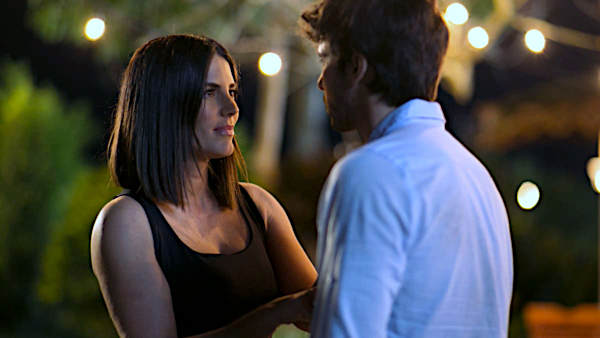 Venezuelan actress Gaby Espino as Camila, with Peruvian Jason Day as Fabrizio, meeting during the outdoor dance. Their affair is part of the tangled web of relationships that eventually traps all of the characters. 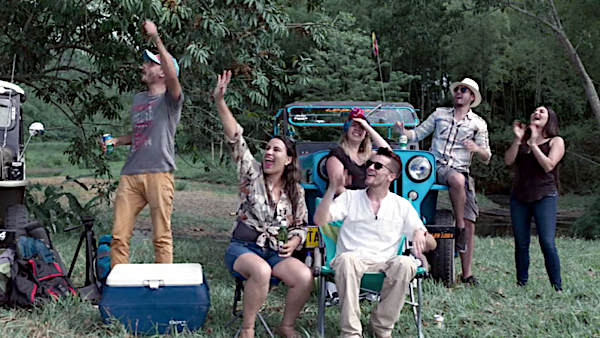 The nice Peacock Blue 3B shows up again when a group of Fabrizio and Andrea's friends organize a picnic. 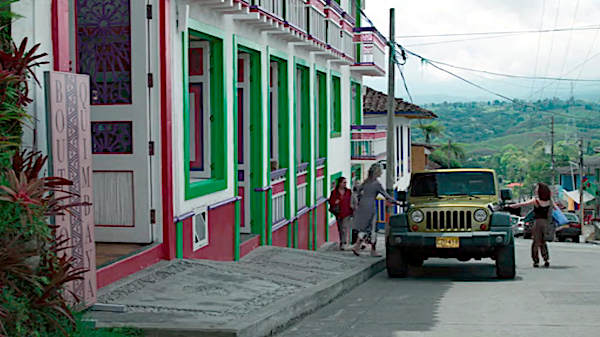 A Wrangler makes a brief appearance when Andrea and her mother Martina go for a drive. 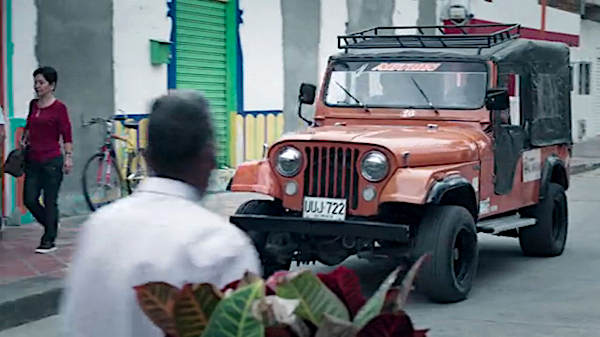 And we get a better look at the no-nonsense CJ-6 that eventually ends up hot on Fabrizio's heels.


I won't try to summarize the rest of the plot of Playing With Fire, but suffice it to say that Fabrizio begins to regret some of his behavior! -- Derek Redmond