Here's a CJ-3B fire engine conversion we need more information on. It was apparently sold by Sentry Safety Supply of New York, but I'm guessing Sentry was a dealer rather than the manufacturer. The most obvious differences from the usual Willys Jeep Fire Engines built by Howe are the two large booster hose reels, the lack of the bump in the hood to accommodate a raised carburetor, and the configuration of the pump and lines on the front bumper. A distinctive touch is the bell mounted behind the siren on the hood. 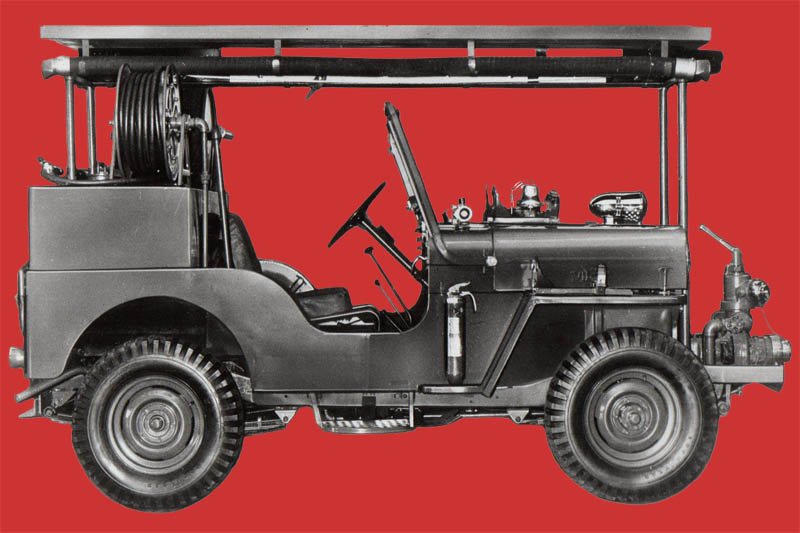 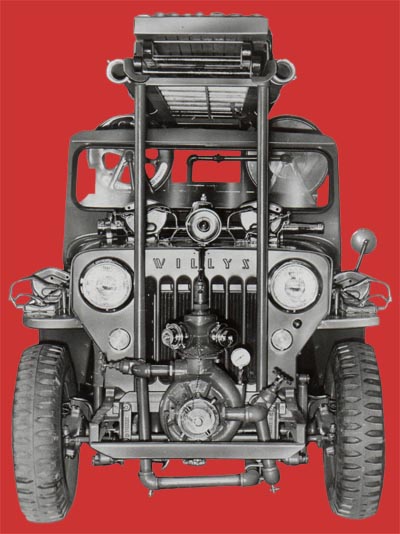 When paper copies of these airbrushed photos were offered on eBay in 2014, they were described as "Circa 1950 Air Force Crash Response Vehicle. Back stamped by Sentry Safety Service of New York, NY." Clearly the 1950 date is off by a few years, and there was little to indicate a military connection, other than the note that the photos came "from the papers of LTJG John W. Flint."

The only details that suggest this conversion might have been marketed as a crash truck, are the four large horizontal extinguisher brackets on the hood and front fenders, which would have been suitable for CO2 or dry chemical extinguishers. Would one of those booster reels have been intended for foam or powder? Otherwise, the Jeep appears to be equipped with a water tank and front-mounted pump with 2-1/2" hose connections and booster hose. Also a wooden ladder, pike pole and 4" suction hose mounted overhead -- all standard equipment for structure fires.

The photo below shows what appears to be a marketing demonstration, with the Jeep pumping through two 2-1/2" lines and the 1-1/2" booster hose. Again, there is nothing here which indicates Air Force involvement. 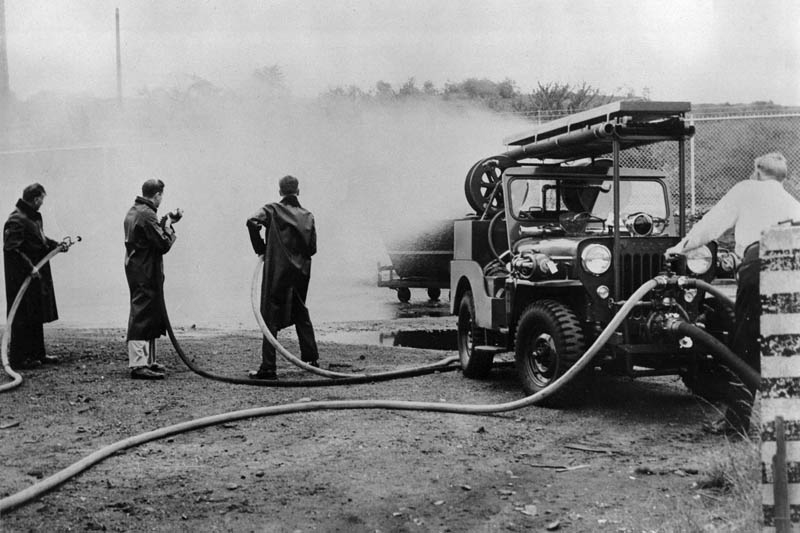 More information about this Jeep is welcome. Where was it manufactured, and were any units put into service by the USAF or by other fire departments? -- Derek Redmond