VIASA Brushfire Jeep in the Alps

Quite a few VIASA Jeeps built in Spain in the 1960s and 70's found their way to Italy, and this one was modified for fire and rescue in the mountainous north of the country. 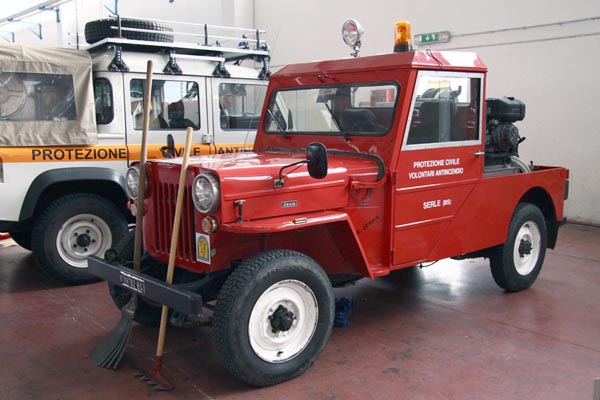 VIASA called their long-wheelbase version of the CJ-3B a CJ-6. Like the Mahindra LWB version referred to as a CJ-4 in India, this is a source of confusion with the totally different Willys CJ-4 and CJ-6 in North America.

The VIASA CJ-6 seen on display here was used by the Volontari Antincendio ("volunteer fire brigade") of the Protezione Civile of Serle, in the province of Brescia in northern Italy. 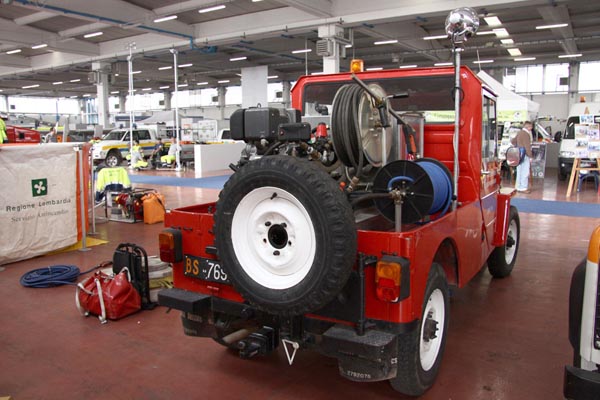 I often wonder why North American fire apparatus builders didn't make use of the long-wheelbase CJ's more often. This Italian conversion appears to be based on a skid-mounted water tank and pump, and added an additional 3/4" hose reel. It's not clear where the grasssfire tools displayed in front of the Jeep would normally be carried.

Thanks to Pierfrancesco Nardizzi for these photos from Fiamme Blu. 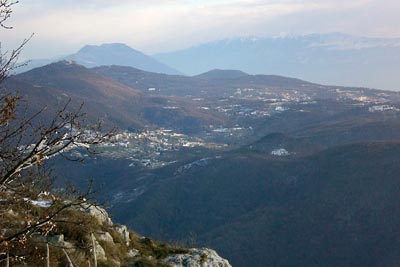 Serle is in the foothills of the Alps, and it's obvious from this photo by Paolo Massari that a Jeep would be an excellent choice for brushfire work. The region is also known for its caves, so cave rescue is a task occasionally faced by the Protezione Civile. 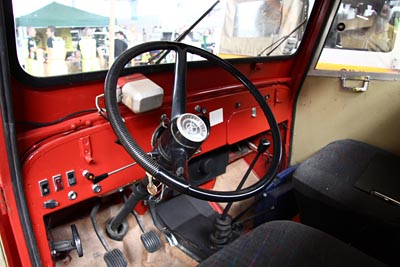 As with another example of a VIASA CJ-6 in Italy, the interesting hardtop on this Jeep is probably an Italian aftermarket addition. Inside, the interior is pretty basic, with the conical-shaped steering wheel found on many of the Spanish VIASA and EBRO Jeeps. 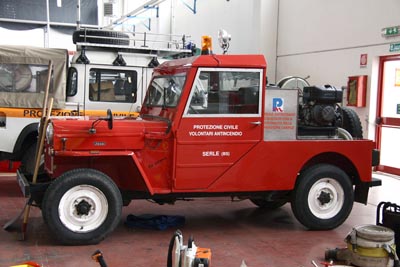 The Protezione Civile was apparently assisted in purchasing the skid-mounted tank and pump unit, by Fondazione Carpilo, the philanthropic foundation of an Italian bank, which supports a variety of cultural, scientific and community projects.

The apparatus builder is unknown; la cerva painted on the cowl translates as "the deer", so is probably the firefighters' nickname for the go-anywhere vehicle.

Thanks to Federico Cavedo for spotting the photos at Fiamme Blu. -- Derek Redmond