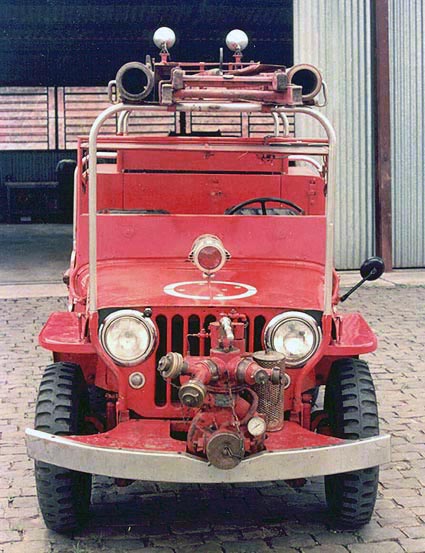 As mentioned on the Boyer Jeep Fire Engine Production List page, the late Rodger Birchfield found information indicating that 20 fire Jeeps built by Boyer Fire Apparatus of Logansport, Indiana in 1947 were sold by Willys-Overland Export Corp. to the Brazilian military.

Note the hood insignia of the Southern Cross constellation, also seen on the Brazilian flag. 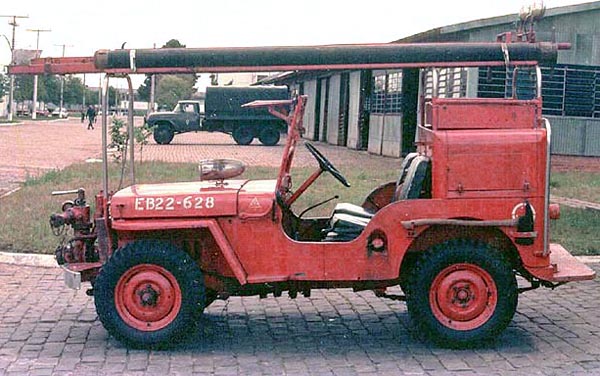 One of them, still operational, was photographed in 1992 by Paulo Marcio at the Brazilian Army Regional Maintenance Facility's Fire Brigade in Santa Maria, in southern Brazil. 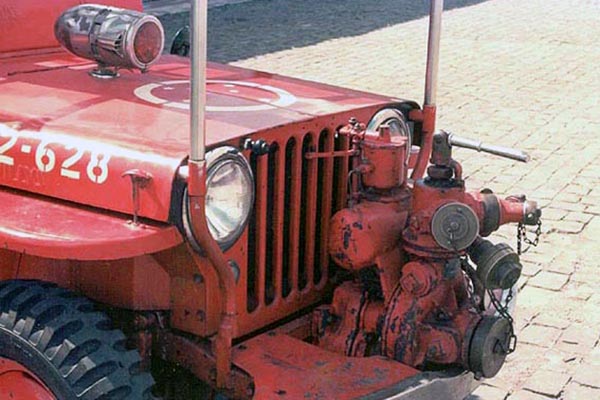 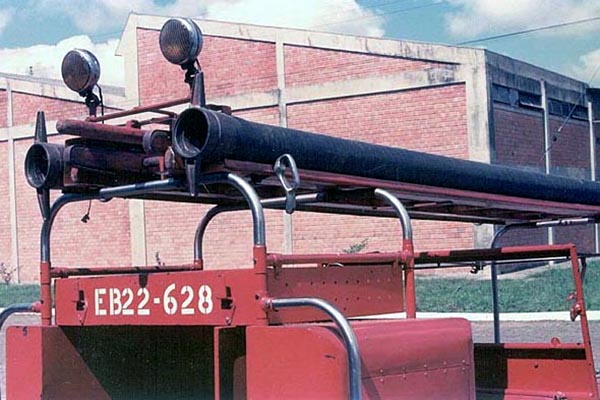 Although apparently not in service in 1992, much of the original equipment was still in place. See also these photos (60K JPEGs):