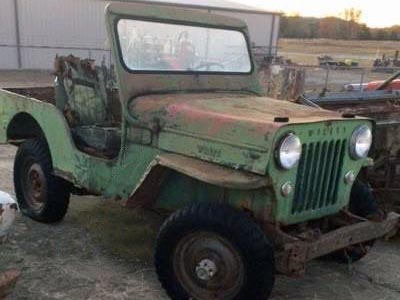 I first saw these pictures in 2017. There were a couple of unique things which I wasn't able to explain, and I haven't found any additional information since then.

The photos were sent by O.G. "Dinger" Phelps in Arkansas, shortly after he bought the Jeep. One detail visible in this shot is a covered, rectangular air vent in the side of the cowl, just below the windshield frame arm. There is a similar vent on the left side. 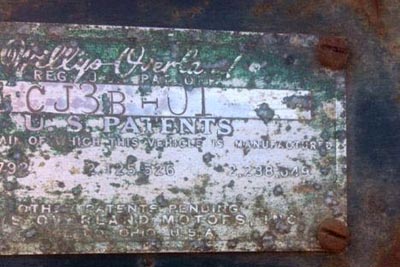 I really sat up straight when I saw the next picture, which looks like a Willys-Overland CJ-3A serial number plate, stamped "CJ3B-01". Bob Westerman notes that the stamping uses a sideways letter "I" as a hyphen, much like the plate on the CJ-4MA Military Ambulance from early 1951. Bob also says the type of plate seen here was used from early 1949 to mid 1950, which might make it the first result of Willys Engineering Release 5607, as seen in New Universal Jeep Designs, 1949-53.

In that case it would indeed be "the first CJ-3B", but I would like to find more evidence to confirm that. 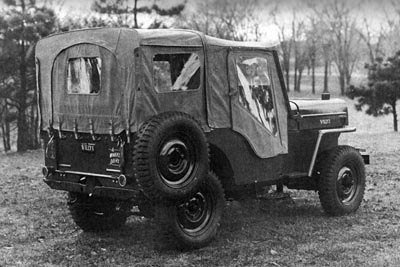 I have long assumed that this factory photo taken on 3 November 1952 was the first 3B, the eventual result of Engineering Project 5607, initiated in June 1949. But this Jeep does not have a side vent. 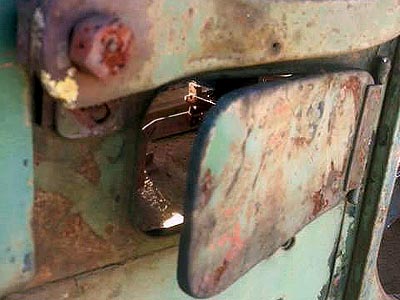 The vents appear to be factory installed, and would have been a replacement for the CJ-3A's air vent on the windshield frame, since there was less space below the windshield glass on the 3B. But this is a detail which did not appear on the X98 or CJ-4 prototypes in the early 1950s.

The photo shows the driver's side vent. 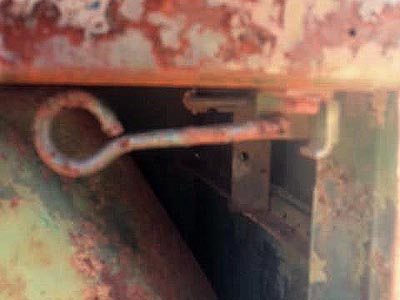 This is the vent handle inside the passenger side of the Jeep. Possibly the handle was considered to be too close to the heater location and the passenger's knees, and the vents were discarded when Project 5607 instead gave the CJ-3B an optional ventilating windshield, with opening glass.


I have been delaying posting this, hoping to get some additional pictures of the Jeep, or some other evidence of exactly what it is. But now I think it's time to see if anyone else can offer any additional information.

Thanks to Dinger Phelps for the photos. -- Derek Redmond