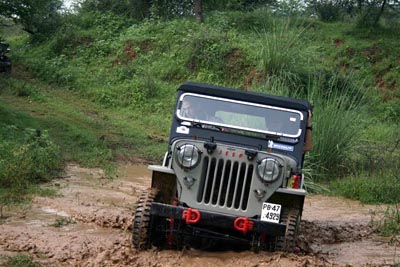 I'd like to share the story of my ex-Army CJ-3B. I first heard about it from a friend who had bought it and had started work on it back in 2008. I went along to the shop where it was parked, and saw the Jeep's chassis and body apart. There wasn't a windshield frame to speak of, as it had rusted after a decade and more of lying around at the Army warehouse. 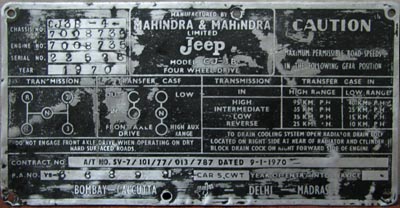 The Army contract is dated 9 January 1970 on the Mahindra & Mahindra data plate. 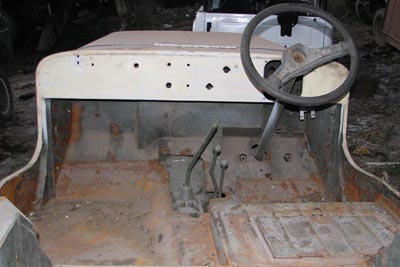 I thought about it and after a couple of weeks expressed my interest in buying the Jeep. Since my friend was already in the middle of two more Jeep projects he willingly agreed to sell.

At this time I saw the Jeep in a state of being prepped for paint (110K JPEG). The seats and other stuff were yet to be done. So, I picked up the Jeep from there and took it to another shop for paint. 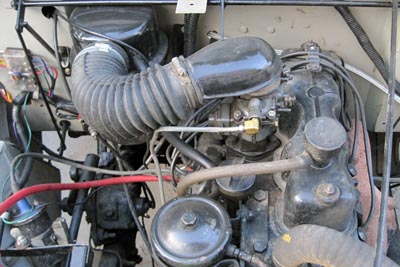 My mind was made up. My friend by then had already got the gearbox and the rolling gear overhauled. Thankfully, the engine wasn't run down and it did turn. With a set of new valves, a serviced Solex carburetor and new spark plugs, radiator flushed and hoses changed, it was good to go. 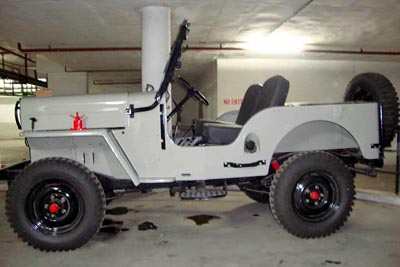 Just after leaving the Jeep at the painter's I received a phone call from another friend who I had contacted earlier and shown interest in a Jeep he was selling. A diesel 80-inch model called the CL 340 (50K JPEG), again manufactured by Mahindra & Mahindra with a Peugeot engine. I had driven the Jeep earlier and did like it. 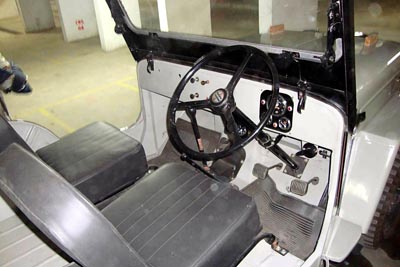 So, the very next day I spoke to my friend who I had picked up the 3B from, and asked if I could return it to him. He was kind and said no problem, he would take it back. 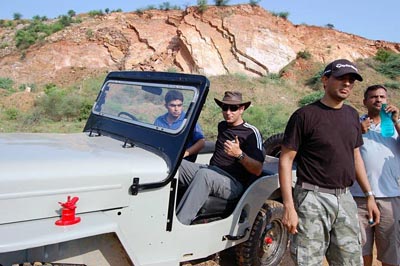 After a few months of driving the CL 340, I realized that it didn't have the character of the CJ-3B and the classic flatfender feel. In the meantime, the work on the 3B was finished and I had seen it at my friend's place a couple of times. He was still interested in selling and I got thinking yet again. 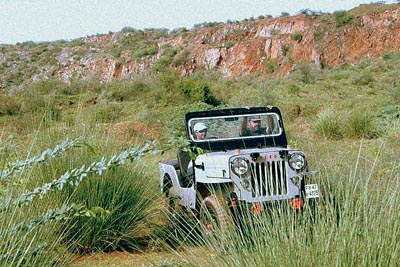 The Jeep and I did many offroad stints with our group of enthusiasts here -- the Northern India Offroad Club.

I had the Hurricane engine completely rebuilt in 2013, right from the crankshaft upwards. It had all NOS parts and I would like to thank Mr. Rabindra Singh for lending all kinds of support in terms of his experience and components which went into the engine rebuild. 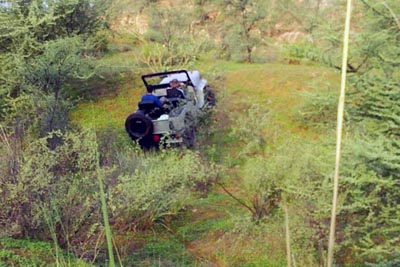 The Jeep has since been bought from me by a friend of mine from our club. It's in great shape and has the same paint scheme that it has in the pictures. It runs the stock configuration and the new owner has no plans to make any changes. I have been gifted a beautiful left-hand-drive 1964 CJ-3B by my Jeeping guru, Rabindra Singh -- I shall be sending a few pictures.

Thanks to Pushkin for the photos. I have posted some of his detail photos of the military accessories, on the page of Military Jeeps in India. -- Derek Redmond