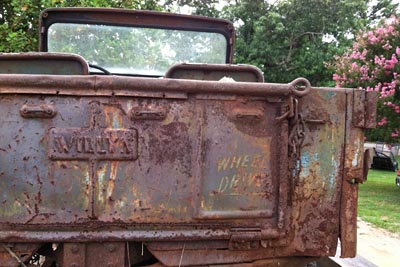 Maybe you've got some rusty spots on the body or other parts. Maybe not as bad as this '53, serial number 453GB2-304004, photographed in Alabama by Perry Calvert in 2016. But you want to keep the rust from spreading, or you want to prepare it for painting. What can you do that might be better than just painting with rust paint? On this page, we get some suggestions for fixing those rust spots, and stripping the paint that might still be there. 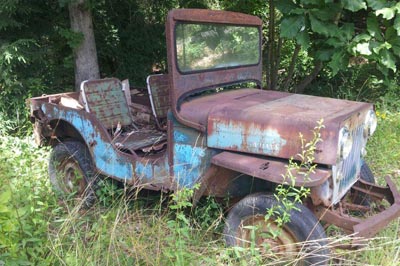 Clint Spaar asked on the CJ-3B Bulletin Board: "What does everyone think of using rust converter/ inhibitors on rusting spots? I just purchased a 3B, and there are some spots on the body, fenders, and tailgate that are rusty. Won't get to major painting of these areas for a while, but if I can prevent further damage in the meantime, this would be a good thing."

And Monte said: "I'm not ready to repaint, but some places need some attention to the rust. An example is the lower roll of the tailgate. Ideas on what to do w/o ruining the surrounding paint?"


Jeff Spencer recommended something from Australia, not designed to be painted over: "One product is Fisholene, a fish-oil-based product which is great on those hard-to-get-at parts because of its viscosity. Mixed with kerosene it really runs into all the crevices. And you can get it now deodorised. Cutting out the metal is the only real answer, but this comes close."

Bob in NC: "The best rust tip I got on the board was from Larry in Texas. He said he sprays diesel fuel on most everything underneath the Jeep and other rust spots where there might be a little rust showing. I had a nice Jeep that had started to rust -- everywhere. Got some used motor oil and a 10 dollar weed sprayer and sprayed it everywhere and it stopped the rust. Period. Worked like a million bucks. Ospho first, then spray on some oil. Or just spray on some oil." 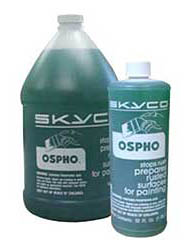 Ospho is a rust converter that prepares the surface for painting.

Bob in NC: "We live down on the North Carolina coast. If you want to prep/clean your Jeep from rust bubbles or other rust issues, use Ospho. Best on the market! My bottle is 32 oz. from Ace Hardware, 7 bucks. Comes in clear plastic bottle. Greenish color. It's about like water. Brush or spray on rust before painting or priming. Wife off light whitish residue next morning before painting. Or you don't have to wipe off. This stuff is a must!

"It reacts with the rust and there is nothing really left of it after it dries. No film. It basically evaporates and when treating heavy rust leaves light whitish residue you can wipe off or just spray over. Easy as pie to use. A little bit goes a long way. I did the brush hog behind my tractor for about 2 dollars worth of Ospho.

Spm1us: "Ospho is basically phosphoric acid -- same as used in Coca Cola and other colas/sodas. Be careful with any Acidic product beneath painted surfaces - neutralization is paramount to success! Here is the description from their website:

"Ospho is a rust-inhibiting coating, not a paint. You do not have to remove light rust. Merely remove loose paint and rust scale, dirt, oil, grease and other accumulations with a wire brush. Apply a coat of Ospho as it comes in the container, let dry overnight, then apply whatever paint system you desire. When applied to rusted surfaces, Ospho causes iron oxide (rust) to chemically change to iron phosphate -- an inert, hard substance that turns the metal black. Where rust is exceedingly heavy, two coats of Ospho may be necessary to thoroughly penetrate and blacken the surface to be painted. A dry, powdery, grayish-white surface usually develops; this is normal. Brush off any loose powder before paint application." 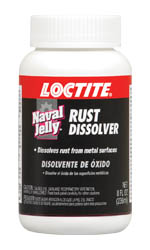 Matt Gomel recommended another phosphoric acid product, the classic Naval Jelly: "Wire brush the spot real good and then put a good coating of Naval Jelly (you can get it at a Home Depot store) on it, and then put a coat of Rustoleum primer on, and it should be fine."

Jeff: "I use the product called "Must for Rust" -- similar to Osphor. It leaves a whitish conversion coating on any rust present. I bought it at Home Depot back in '09." 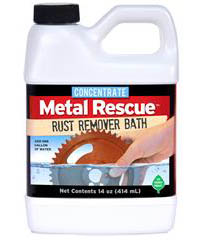 Bob Christy mentioned a liquid designed for submerging smaller parts: "I've been using Metal Rescue Rust Remover Bath from Workshop Hero. They also have a rust prevention coating you put on after." 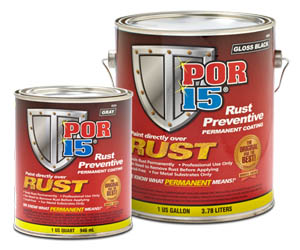 Steve K: "I started my project using Ospho as well, but then somebody recommended POR-15 Rust Conversion to me. IMO, it is stronger and even leaves a durable black finish that some of my friends just left as is for their finish."

Pat Gray: "POR-15 is the best by far. I've used the fish-oil-based paint and it works, but the POR-15 is a super-tough coating and it will out-last your grandkids.

Rankine Roth: "I just painted my engine and frame with POR-15 and it is awesome! It dries to a rock-hard finish and the POR-15 chemically bonds to the rust and neutralizes it. It is expensive but I sprayed it on and a quart did my frame with some left over." 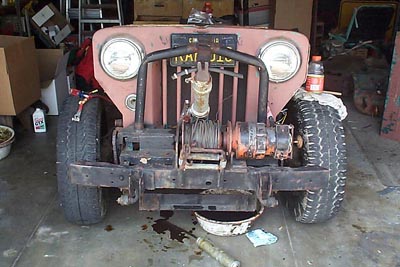 While taking a break from stripping the paint off his 1953 CJ-3B (seen here), Ed Giandomenico posted some questions on the Bulletin Board:

"I have started to strip my 3B using chemical paint remover ($28.00 a gallon, 2 Gallons used). I have successfully removed the paint from the fenders, the hood and the tailgate but I still have to do the tub, windshield frame, headlights and a few other small pieces. My questions are:

1) Paint removal. I think I have decided that it is worth it to me to have the rest of the work done by professionals. What is the best method for removing paint from a Jeep, and what are the alternatives? What might I expect to spend for this type of service? 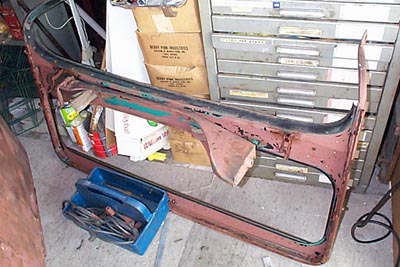 Rankine Roth: "I have sandblasted the fenders of my 1960 CJ-3B with a very fine sand using a Campbell-Hausfeld 60 sandblaster and it took about 20 minutes to do both, and about 25 pounds of sand (a 50-pound bag costs about $2.80). This way is very inexpensive and fast. I have heard mixed reviews about sandblasting body panels, but if you use a light sand and turn the air pressure down a bit you will have no problems. Not to mention the primer sticks great to the sandblasted panels!"


JC Jenkins: "In California, due to the hazardous material laws , I doubt you will be able to 'sand' blast the tub , but you can find someone to use a "baking soda" composite to blast off the paint. A friend had his Bantam trailer done -- it was $150, and left almost no etching."

Jeff Spencer: "Sandblasting in Australia is now considered hazardous and I think illegal in most states. It is to do with long time exposure to those in the industry. They now use glass beads with, supposedly, good results."

Piet Versleijen: "Sandblasting is the best way to start a body restoration. Remove all rotten parts and all the channels before the sandblasting. Always use fine sand. Under the channels is always a lot of rust. In my case some channels were rotted completely away. After sandblasting and inspection, I used a zinc-based undercoat before welding new channels in place. On my 3B there is now paint in places where there never was before." See Restoring a 1956 Military CJ-3B for photos.

Thanks to Ed Giamenico and Perry Calvert for the photos, and to all the contributors. More comments are welcome. -- Derek Redmond