Note: as of late 2019, this Jeep now belongs to Brian Downs in Arizona. -- Derek Redmond 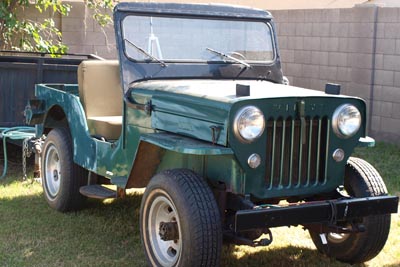 My name is Dana C. Warburton, and I live in Jerome, Arizona. I now have a 1953 CJ-3B that took me 10 years to acquire from the previous owner. It's the ninth Jeep I have owned, and I think it's going to be the last. 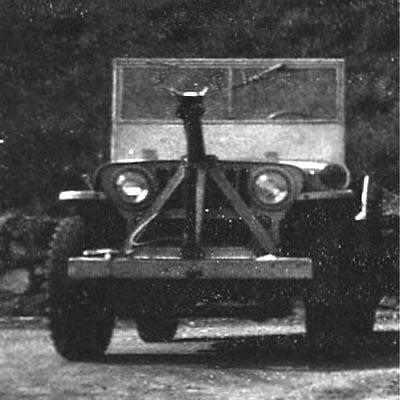 In 1960 I bought this 1946 CJ-2A with a snowplow. I was living in New England and at 16 years old was really tired of shoveling snow. For years I had the exhaust straight off the engine with flex pipe and up the left side by the windshield. No muffler, I could hear the engine work as I attacked the New England storms. Funny what guys will do, huh! 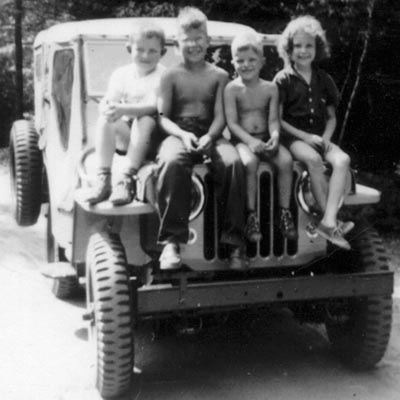 But why did I choose that 1946 CJ-2A? It all started with the new 1948 CJ-2A my dad had. He put a plow on it for the winter and I would go with him. He had the manual plow pump on it. No engine-belt-driven pump, but a handle into a hydraulic box on the floor next to the shift levers. He would have to manually pump that handle to raise the plow! 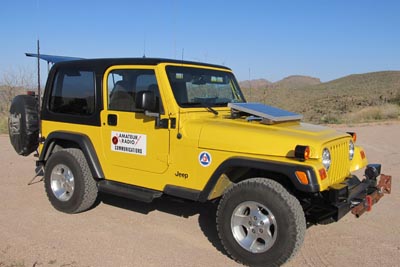 In the picture of my 1946 CJ-2A you will see 2 lights, one on each fender. They were plow warning lights, before all the current regulations on plow lights. I took them off that Jeep when I sold it in 1975 and they have been on every Jeep I owned, including my 2000 TJ for the last 15 years. Sig Stat Model 8 lights, now refinished. My legacy!

By the way, I have been an active ham radio operator for the last 58 years. 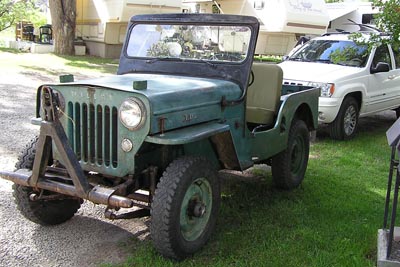 The CJ-3B is bone stock, no cutting for roll bars or big bumpers. The serial number is 10429, making it very early in December 1952.

This is how it was as rescued by Donny, the previous owner, and it's how I saw it the first time in 2005. Donny had done the canvas seats but no paint. He took the engine out and off it went to a machine shop for a complete rebuild. 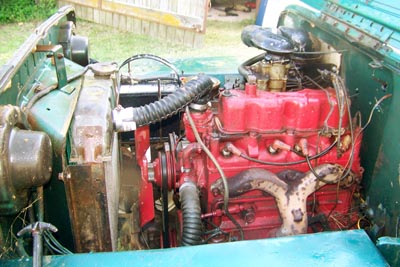 The engine has less than 400 miles since the rebuild and runs sweet with 40 PSI on the gauge. It was painted red and the original engine number was removed during rebuild. Donny assures me it is the original engine from that Jeep, as he took it out himself and it sure looked like it never had been out.

While the engine was out, he did some other mechanical work that I benefit from, but also some average body/paint work I would have preferred had never been done. I would have rather had it in mechanical tip top shape but in the original "derelict" body condition. 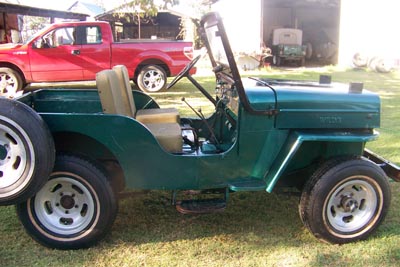 This picture is the Jeep painted at Donny's place in Texas just before he brought it to Arizona for the sale to me. The other Jeep in the barn is his also.

I have done minor stuff to the Jeep myself and continue working on it. I did hire out a complete brake job, rubber lines and all. Living in Jerome AZ, a mountain town, one really needs all the brakes one can get! Next are 5 NDT tires for the stock rims -- I have them out for sandblasting and paint.

I intend to drive this Jeep as is, in town and the surrounding areas, until my end. I now have the original tow chain from my 1946 CJ-2A wrapped around the front frame rails just behind the new bumper. Another legacy thing! -- Dana Warburton

Thanks to Dana for the photos and story. Note: as of late 2019, this Jeep now belongs to Brian Downs in Arizona. -- Derek Redmond