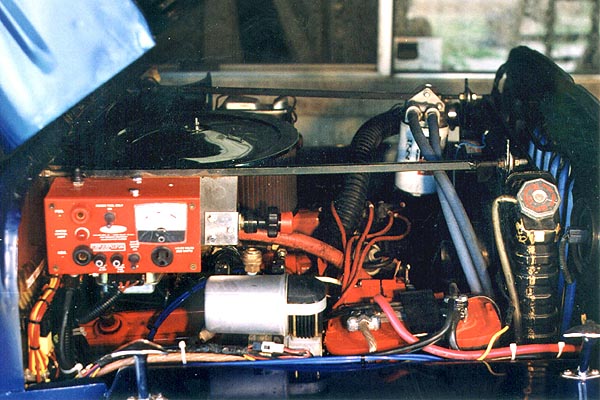 William has pretty well filled every cubic inch of space in the engine compartment of his 3B. The Buick 340 V-8 has a Carter 4 bbl carb and HEI ignition from a '79 350 Buick (the 340 was made only in 66-67). Also squeezed in are the Link-arc welding system and ARB air compressor. 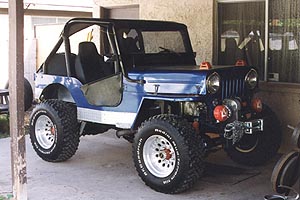 The Jeep rides on a boxed frame, and another heavy-duty welding job was the full roll cage. This photo also shows some of the Warn products William put to good use -- locking hubs, 8274-50 winch, and Saturn overdrive. See V-8 CJ-3B in action for more details on the drive train. 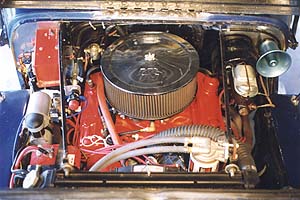 In addition to the V-8 and welder, other modifications under the hood include an Optima battery, Carter electric fuel pump, electric fan, Cobra PA loudspeaker, and custom wiring harness. 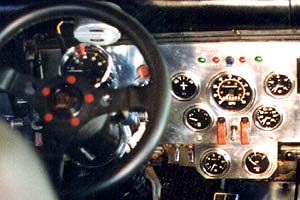 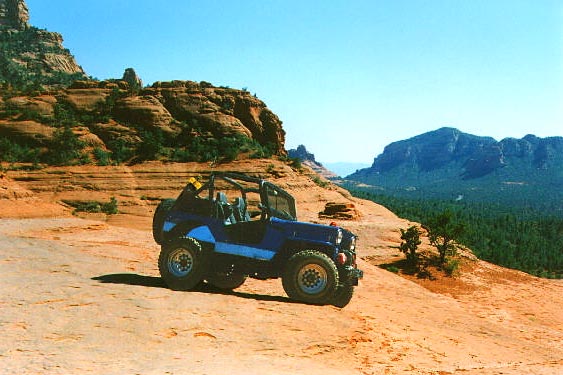 For those long outback trips, William has added an 18-gallon spare gas tank, and a nitrogen tank. This photo was taken at Chicken Point, part of the Broken Arrow trail in Sedona, Arizona.

Last updated 31 May 1999 by Derek Redmond redmond@cj3b.info
https://cj3b.info/Owners/Mish2.html
All content not credited and previously copyright, is copyright Derek Redmond