There are quite a few American cars from the 1950s still in use in Cuba, including Willys Jeeps, but they have been maintained since 1959 without access to American parts, so they tend to be extensively modified, with engine swaps or complete chassis swaps (see Jeeps in Cuba for some examples.) So it is great to see this rare example maintained in very original condition. This family Jeep is also rare because it has an OB serial number, used for some unknown reason on the first 2,600 CJ-3Bs of the 1954 model year (see 1954 CJ-3B "OB" Serial Numbers.) -- Derek Redmond 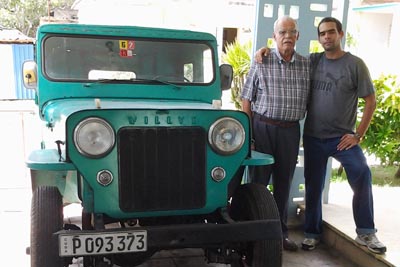 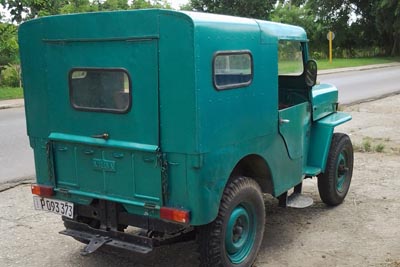 My grandfather bought the Jeep on December 16, 1953 to work in his farm. He converted the electricity to 12V from the original 6V, and put on a hard roof. I would like a little more secure doors -- I get some water inside when it's rainy, ja ja! 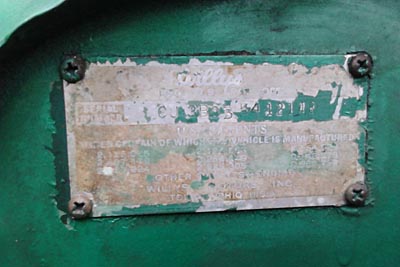 My father was the next owner, and in the 80s he rebuilt the engine and replaced the camshaft gear. Since that, the Jeep has spent much of the time parked, even years, until I graduated from college and decided to take care of it. Now the Jeep is mine, although my father helps me a lot in mechanical stuff. 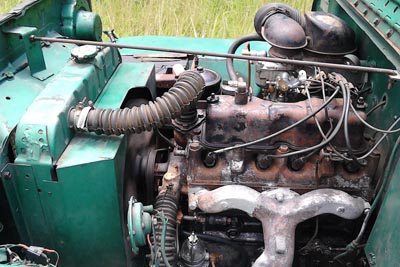 Thanks to CJ3B.info, I found many tips about the Jeep. I bought a Solex carburetor, a new fuel pump and some brake hoses. Thanks to the new carburetor I could put the air filter on again -- the old one was adapted. I did maintenance to several parts such as steering parts, transmission parts, brakes, etc. Everything works except the fuel indicator due to a failure of the fuel sending unit. 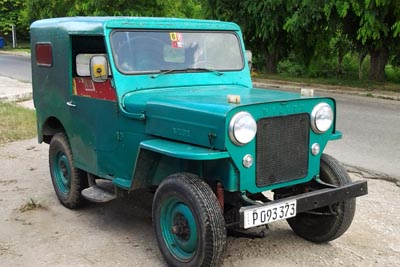 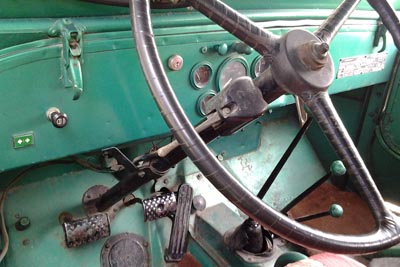 It is very important to me keeping the Jeep the most original I can.

You're right, in the article on Jeeps in Cuba -- there are many Jeeps here with other engines, most of them Russian (Lada) or diesel engines. The front axle doesn't exist, the gearbox and rear axle are adapted to achieve more speed. A few are CJ-3B, but most of them are low hood, CJ-2A, 3A, etc.


Thanks to Alejandro for the photos. -- Derek Redmond