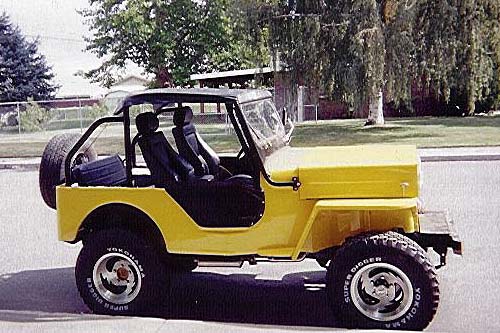 I've spent the past three years on this. I originally purchased a 1950 CJ-3A, and then purchased a new replacement 3B body from 4 Wheel Parts. The front and rear ends are '75 CJ units, with Lock Rite in both, and disc brakes all around." 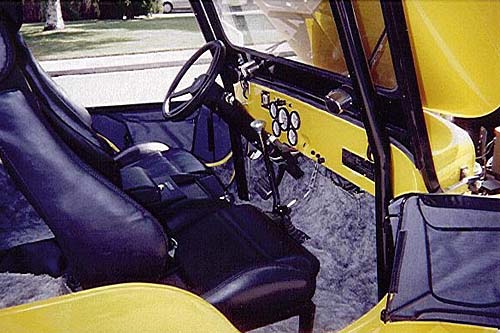 I took the dash out of an original 3B and welded it in, and an original 3B Willys hood, grille and tailgate. I used Steel Horse seats both front and rear, and put in a Smittybuilt roll cage. 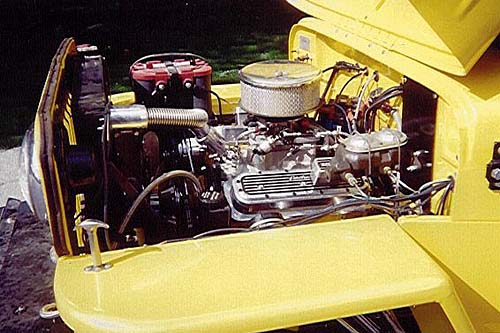 I took a 4.3 Chev V-6 and rebuilt it using the best parts. I used a Holley Projection unit and added power steering. I then used a Novak adapter and mated a Model 20 T.C. to a turbo 350 tranny. I used Advance headers -- in fact they built the prototype for their flat-fender 4.3 from mine.The part that really hurts is this is going to be for my 15-1/2 year old daughter to drive for her first vehicle. -- Mike Heimbigner, September 1998 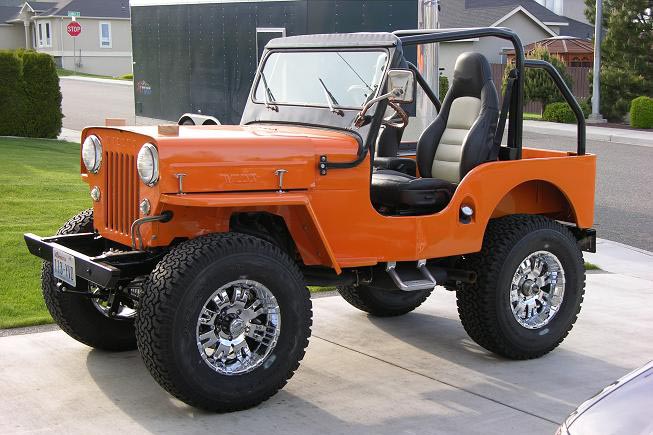 2009: Well, both kids have driven it through high school so I felt it was time to refresh it with a replacement body. I also replaced the 4.3 with a L33 V-8 all aluminum 5.3 with fuel injection. The seats are 2008 Corvette with power and heat. New wheels and tires, also a new orange paint job -- see a rear view photo (80K JPEG).


Thanks to Mike for the photos. -- Derek Redmond