One Step at a Time

Like many people who have brought an old Jeep back to life, Derek Beatty (near Chester, Virginia) has spent years on the project. And he's bringing three Jeeps to life -- he has an early-50's body on a 1959 chassis, with a mid-60's engine. But he's not aiming for complete originality anyway -- from the beginning he's been planning a more aggressive look with large diameter tires. I thought it was time to check in with him and see how it's going. -- Derek Redmond 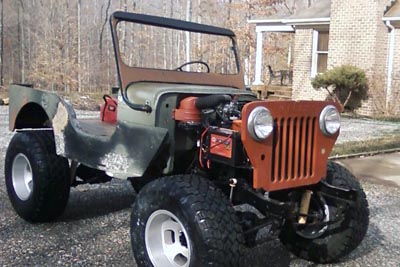 I bought the 3B in 2008. The chassis was in pretty good shape, but the body was in terrible shape, and it had no electrical system or fuel system. The drive train was stock, but it had about 4" of suspension lift to fit those 33 x 12.5 tires. My plan was to replace them with 34 x 9.5 Super Swamper tires on 7" wheels. 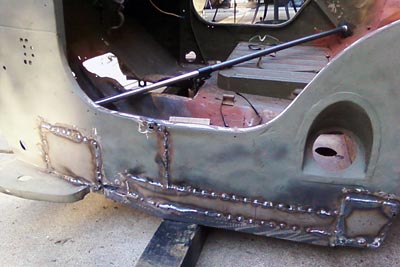 I cleaned and inspected the chassis and then began work on the body. This is where things really slowed down because there was just so much bondo and rust, but I finally got the tub to where I could mount it back on the frame. From this point the goal was to have a running working 3B with no rust, and worry about final body work and paint later. 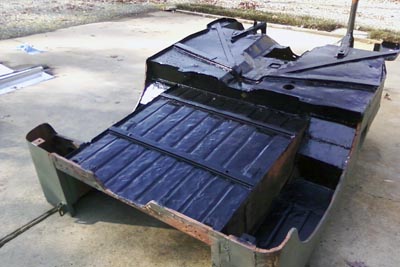 I had to have the head reworked because of frozen/rusted valves, along with bent rocker arms and push rods. I did all the work myself except for the valve and head resurfacing. CJ3B.info and Bulletin Board have been instrumental in providing information, instruction, and motivation. 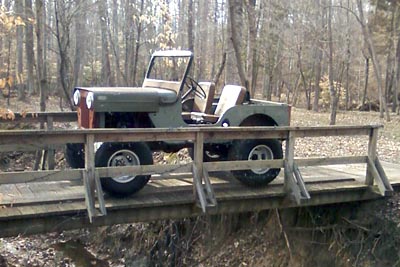 Unfortunately progress was slow. I got the windshield frame and glass with latches installed, and drove it around my property on a regular basis. I took a picture after a light snow dusting (210K JPEG) here in Central Virginia in 2013. 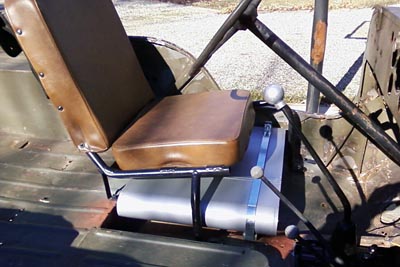 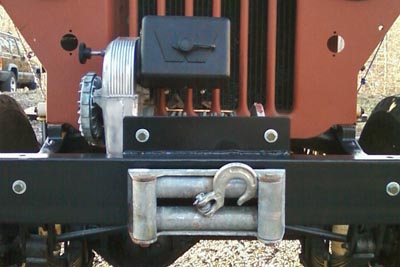 I found an old Warn 8274 winch and made the in-bumper mount. The fenders were in my garage waiting for some minor welding and bodywork. Once those were on, it would be complete other than final electrical and paint. 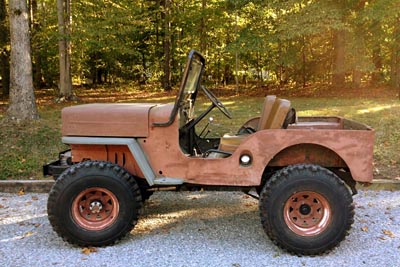 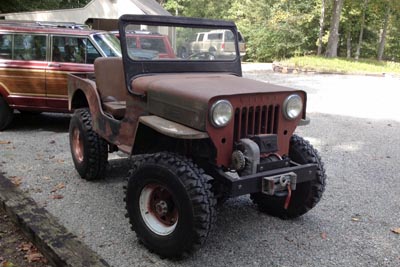 The Jeep looks much narrower now, even though the pictures I take always seem to make it look shorter and wider. I'm hoping to get started on some bodywork and painting soon.

Thanks to Derek for the story and photos. We're looking forward to seeing the finished product. -- Derek Redmond