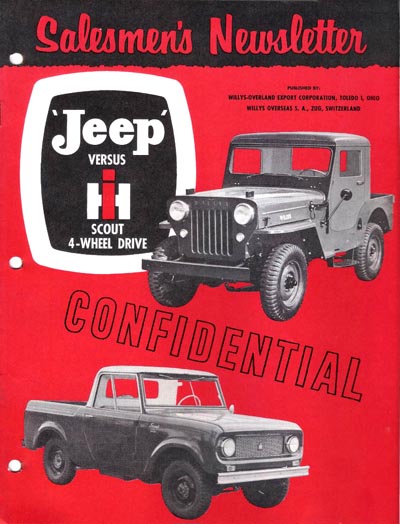 Here's a very interesting brochure produced by Willys-Overland Export Corp. and Willys Overseas S.A. (in Switzerland), and found by Jan Hogendoorn in the Netherlands. It's not dated, but would be from sometime after the debut of the Scout from International Harvester in 1961. And probably after a much simpler, two-page pamphlet on the same topic was produced by Willys Motors in Toledo, also in 1961 (see A Few Facts For the Record...)

The cover calls it a "Salesman's Newsletter: Confidential" but its elaborate design and graphics were clearly aimed at the general public. Because it was intended for use overseas, it focussed on the CJ-3B which was more widely exported than the CJ-5. The other featured model was the CJ-6, probably because long-wheelbase Jeeps were generally popular outside North America.

Click on any of the pages below to see a full-size copy and read the small print (300K JPEGs).
Apparently the Scout was a major competitor for Jeep's overseas market as well as the domestic market. My previous limited research (see A Few Facts For the Record...) has suggested that was partly because in 1961 the base Scout sold for about $1700, some two hundred dollars less than the CJ-3B (see CJ-3B Pricing). However, according to the "confidential" information seen here, that was not the case!

There's no information on where the prices used for these calculations come from, except that they were using "CJ-3B cost at factory with comparable equipment." Actual prices are not given, but the basic CJ-3B is shown as $176 cheaper, and the CJ-6 whose wheelbase is similar to the Scout, is priced about the same as the Scout. 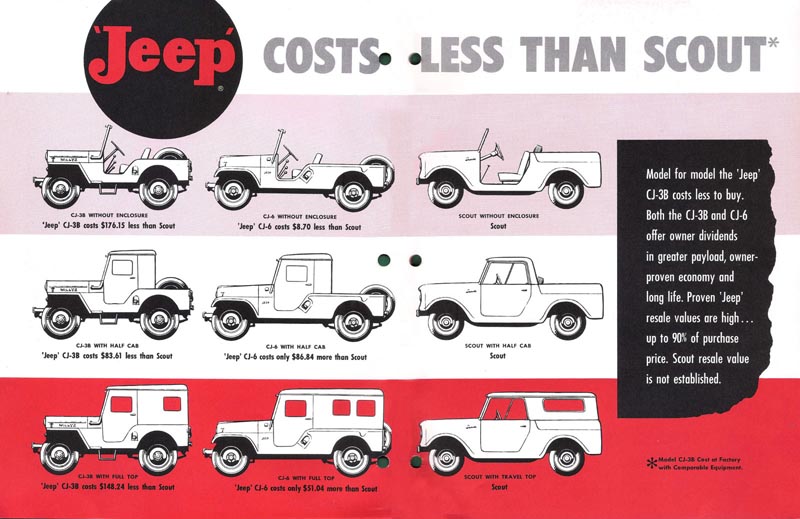 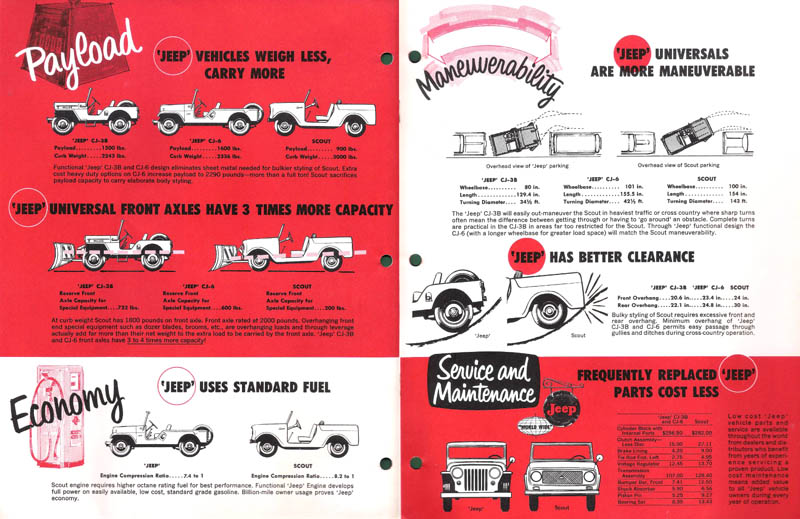 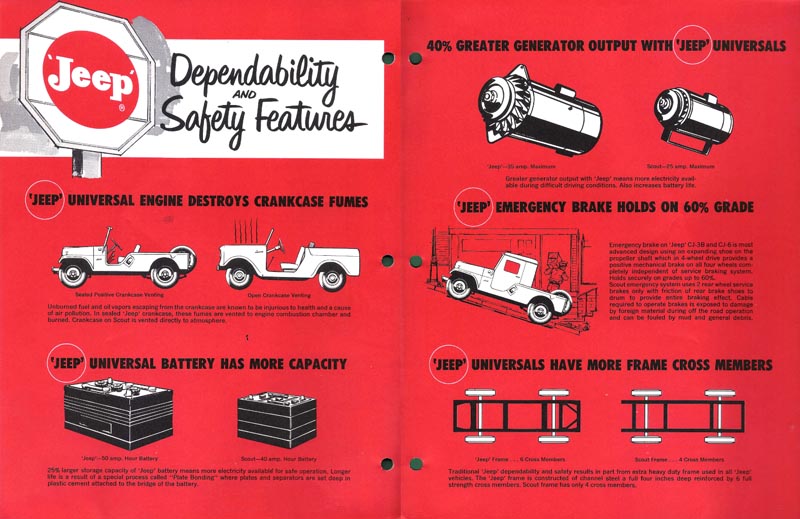 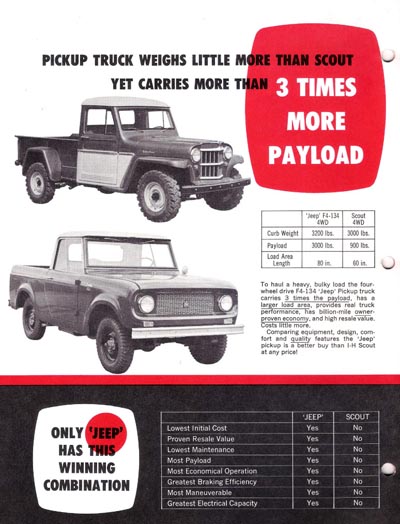 The booklet makes a pretty convincing case, including some surprising points such as the contribution of the Jeep's PCV system to fighting air pollution. And for anyone thinking of a halfcab Jeep or Scout as a pickup truck, they are reminded that Jeep also has a real 4WD pickup truck available.

One thing that is not addressed is style. Perhaps in 1961 the Jeep was looking a little old-fashioned compared to the sleeker Scout, especially in the case of the CJ hardtops with their small windows. And style may have been an important factor -- Scout sales through the 1960s and 70's exceeded total sales of all Universal Jeeps, according to Bill Munro's Jeep: From Bantam to Wrangler. But the last Scout was built in 1980. As of 2017, the Jeep is still selling well. 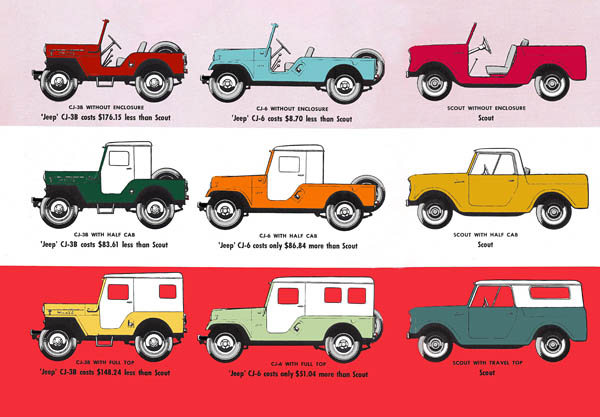 I colorized the illustration of the various configurations of Jeeps and Scouts, for a CJ3B.info bonus poster, which you can print or use as a computer desktop picture. The colors are authentic Willys and International Harvester paint colors.


Thanks to Jan Hogendoorn for sending the booklet. -- Derek Redmond

See also A Few Facts For the Record... on Jeep Vehicles and International Harvester Scout.