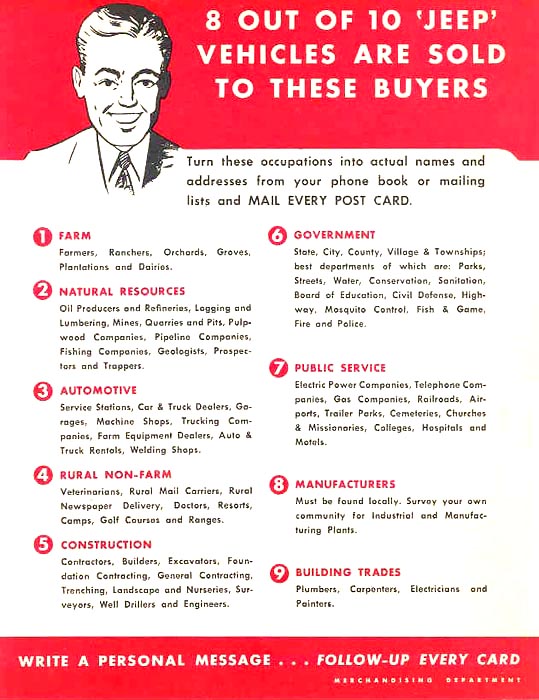 The sheet above is apparently part of a package of merchandising material distributed to Willys dealerships in 1955. Included were posters to stick on Jeeps in the showroom, postcards to send to potential customers, and advice on how to make sales.

It's clear that Willys was still very focussed on the farm/industrial market. The source of their statistic isn't revealed, but they apparently thought only 2 out of 10 Jeeps were sold to individuals who simply wanted fun and reliable transportation where the roads or weather conditions were poor.