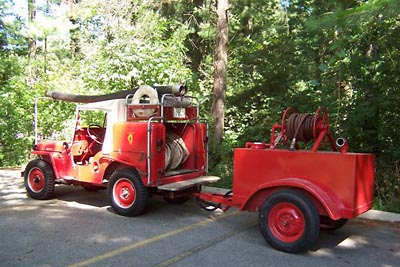 White Pines Forest State Park is located west of Chicago, in northern Illinois. The 385-acre park in the Rock River valley is the south boundary of the old Chicago-Iowa Trail, for many years the principal route east and west across the northern part of the state.

This 1946 Willys Jeep with front mount pump and water trailer was still the first line of defense for any fire within the park as of 2007. 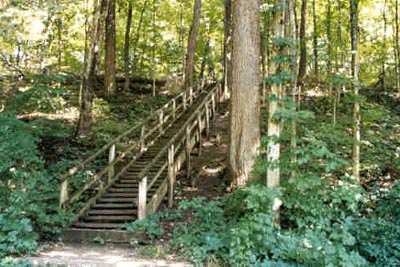 According to a web page on Native Evergreens, "Thousands of years ago there were white pine forests here. There are some fine stands at White Pines State Park. Some of the older trees are 80 feet tall with trunk diameters of 24 inches or more.

"Its wood, being soft, light, even-textured and remarkably durable, has always been in great demand. The buildings in early Chicago and the farm buildings in northeastern Illinois were built with white pine lumber from the great forests that grew in the lake states. They enabled this city to rebuild after the great fire in 1871." 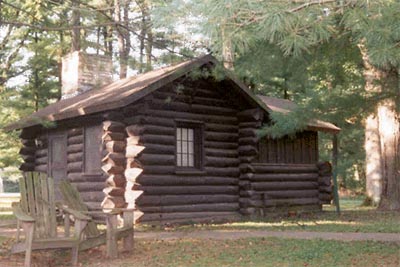 White Pines also lies in the heart of Blackhawk Indian country and is rich in historic accounts of the warriors who resisted the efforts of settlers to drive them from their beloved Rock River valley. Eventually the Black Hawk War forced them out, and Chief Black Hawk himself was imprisoned.

One of the many institutions that still carries his name is the Blackhawk Firefighters Association which promotes training, education and friendship among members of the fire and EMS services of the area. 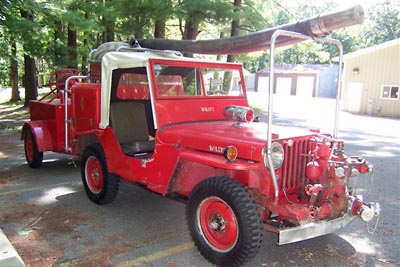 The 1946 Jeep was used by park staff on behalf of the Polo, Illinois Fire Department to hold ground until help arrives on scene from some 6 miles away. 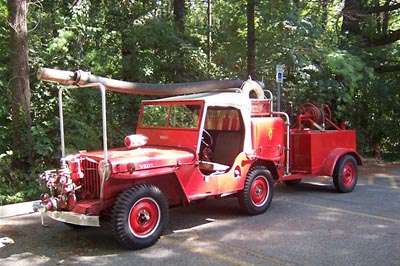 Among White Pine Park's most interesting features are the concrete fords that span the creeks, allowing visitors to literally drive through the flowing streams.

The suction hose on the overhead rack, with pre-attached filter, is ready for service in the river. So is the life ring in the back, in case the Jeep has to do lifeguard duty.

Thanks to Alfred Heibert for the pointer, and Jim Gordon and Tony Karrow of the Polo Fire Department for the photos. -- Derek Redmond