The origins of American Fire Apparatus date back to 1922, when Benjamin Barton designed a small gear-driven centrifugal pump that could be attached to the front end of any truck. Patented as the Barton Portable Fire Pump, the American Marsh Pumps division of the American Steam Pump Company began marketing the units as a cheap and effective alternative for small town fire apparatus. Initially, American Marsh sold only the pumps. However, in 1937, a new division, the American Fire Apparatus Company, was formed to build complete fire apparatus. The trucks were equipped with front-mount or midship Barton pumps and fabricated apparatus bodies. Orders for fire trucks increased substantially after the Second World War and apparatus was delivered under the AFA and Barton names. The company continued to specialize in lower-cost apparatus on commercial chassis for smaller departments. A new plant was opened in Battle Creek in 1948 and a second plant in Marshalltown, Iowa in the mid-1950s. (Fire Wiki) 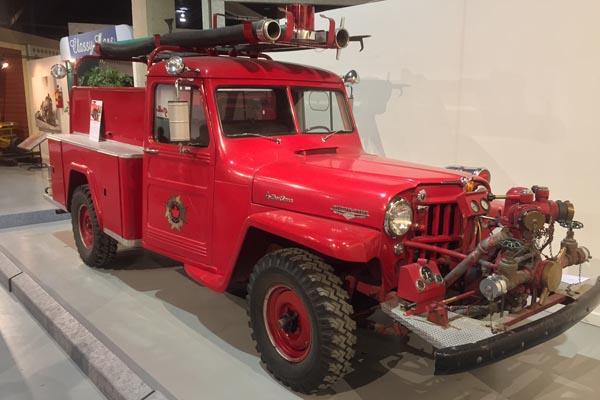 This pumper was owned by the Valley View Centre mental health facility in Moose Jaw until 1996, when it was transferred to the Moose Jaw Fire Dept. where it was on the in-service roster until 2007. It was then donated to the museum. 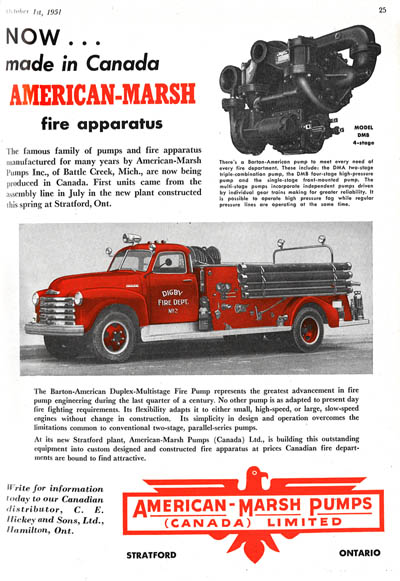 Jan Morrison told CJ3B.info, "Starting with the 1951 model year, American Marsh produced AFA trucks in Canada. All the trucks built by the Canadian division are marked with chrome trim saying "American Marsh Pumps (Canada) Ltd. Stratford, Ontario". The US trucks were plated for American Fire Apparatus Co. The U.S. parent company was sold to new owners in 1960, and they closed the Canadian operation in 1965."

This advertisement in the 1 October 1951 issue of the insurance industry trade publication Canadian Underwriter describes the multi-stage pumps being put into some of the new plant's trucks, allowing both high and low pressure lines. It also mentions that American Marsh still had a relationship with C.E. Hickey & Sons in Hamilton, who acted as their distributor. 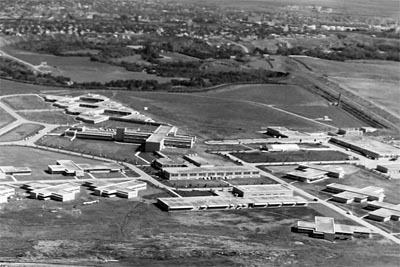 The Valley View Centre in Moose Jaw, seen here when it opened in 1955, was considered one of the most modern mental health facilities on the continent at the time. It was almost a self-contained community, and had its own 250,000 gallon water reservoir and an elaborate fire alarm system. These features, as well as the Willys, helped save lives in 1977 when a $2.3 million fire broke out, apparently started by a tape recorder. (Valley View Centre, Moose Jaw, 2012)

The facility stopped accepting new residents in 2002, and its closure was announced in 2012, but in 2017 the closure date was extended for the second time, to December 2019. 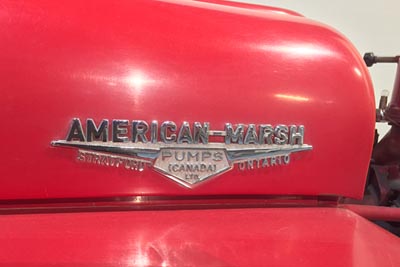 Most of the American Marsh trucks were badged just above the pump control panel, but the Willys had a badge mentioning the company's home of Stratford, attached on each side of the hood. 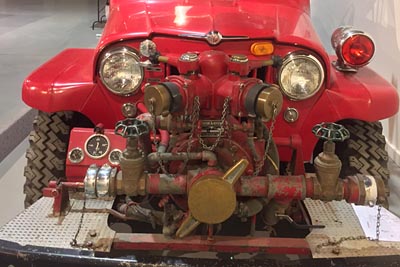 The pump is identified on its builder's plate as an American Marsh, rather than a Barton. 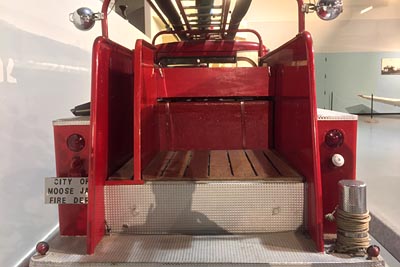 Apart from the suction hose and a token ladder, there is no accessory equipment left on the museum's Willys.

The truck is part of a huge collection at the Western Development Museum, Moosejaw of automobiles, snowmobiles, railroad cars, aircraft and boats.


Thanks to Glenn Fry and Alan Dillman for the photos. -- Derek Redmond