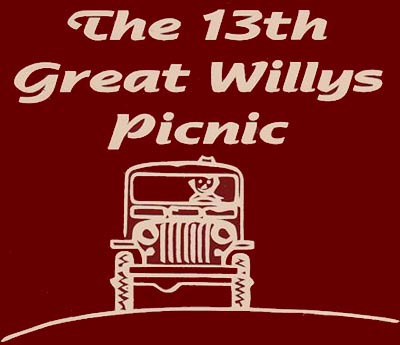 The Great Willys Picnic was originally a small event held at Big Pocono State Park in northeastern Pennsylvania, and organized by Marshall Rimland, with some 10-15 Jeeps showing up annually. Then Bob Westerman inherited the organizing responsibility, and after a few years moved the Picnic to the No. 9 Coal Mine in Lansford, whose mine tour and museum supplied something for entire families to do besides look at old Jeeps. Attendance grew rapidly to about 50 Jeeps, and regular attendee (and CJ-3B owner) Seth King suggested the larger grounds of the Wanamaker, Kempton & Southern Railroad for 2012.

Bob was pleased with the 2012 edition of what has become one of the most popular events in the calendar of North American classic Jeep shows. He reported, "What a Great Willys Picnic we had this year. Many thanks to Seth King and his entire family for making this year's Picnic the best ever! The sky was blue and the sun was shining on 65 registered vehicles plus many parts vendors and tons of spectators." 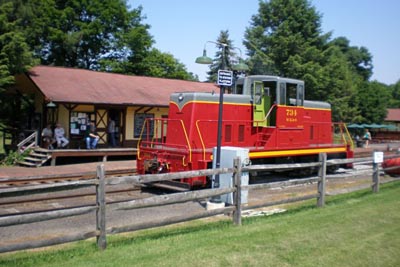 The 13th annual Picnic was held on 10 June 2012 in Kempton, Pennsylvania. The show and swap meet was free as always, and a train ride on the Wanamaker, Kempton & Southern was available for a small fee. Bob says that attendees were on hand from Maine to North Carolina to South Africa and many places in between.

Thanks to Bob Westerman and Jacy Marquette for the photos seen here. 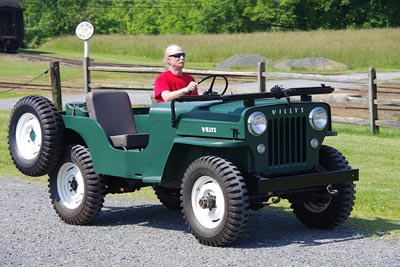 Bill Reiss arrived in his 1954 CJ-3B, but the word soon spread that Bill has sold this Jeep and it is headed for Hawaii. 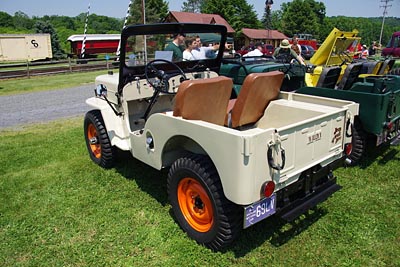 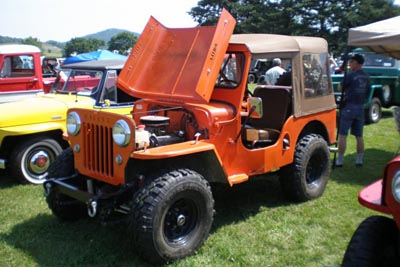 Seth King had a big role in bringing the Picnic to Kempton this year, and also had his eye-catching orange '53 on hand. 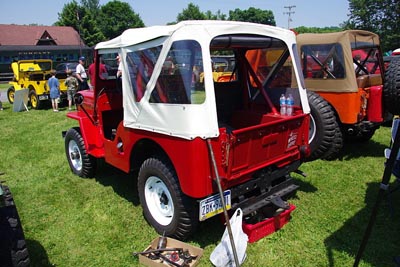 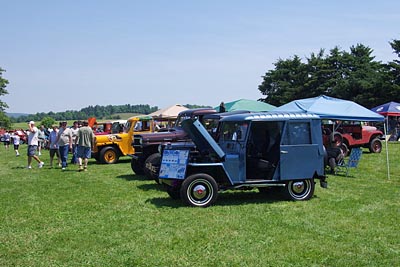 Beautiful 1956 Dispatcher in the foreground. In the background, Peirce Eichelberger's custom-painted pickup (70K JPEG) which he apparently decided to bring instead of his black 1958 CJ-3B. 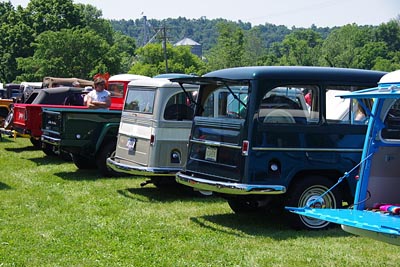 Of course lots of sharp wagons and pickup trucks showed up for the Picnic -- see also a front view (130K JPEG) of some of them. 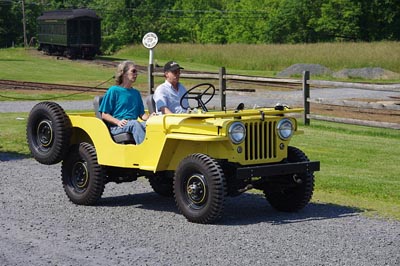 This Michigan Yellow Jeep was one of the very clean CJ-2A's in attendance. 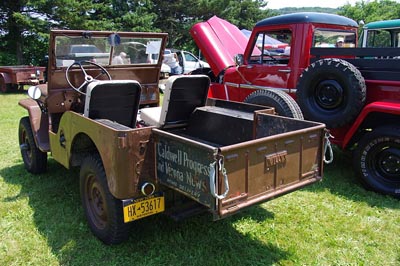 And this 2A was complete with an original body extension, advertising newspaper home delivery in the NYC suburbs of Caldwell and Verona, New Jersey. 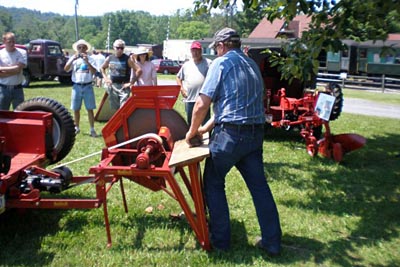 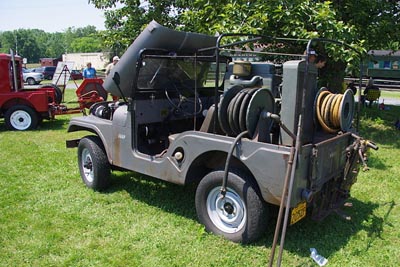 Another Stoltzfus piece was this very original 1955 CJ-5 with PTO-driven air compressor, extra springs on the passenger side, and speed governor on the F-head engine. 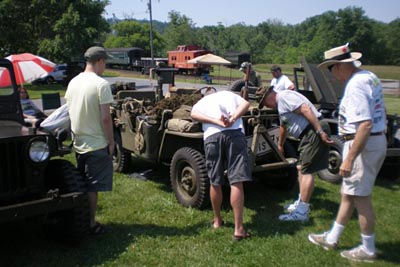 Discussion in the military section, with another view of the railroad in the background. 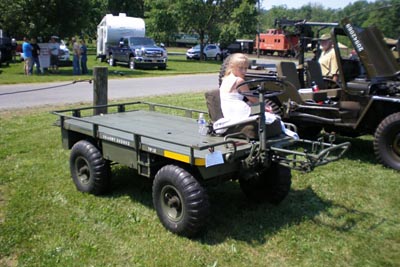 Nice to see an example of the M-274 "Mechanical Mule", a Willys vehicle that's new to The CJ-3B Page. 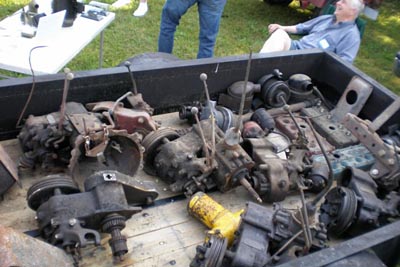 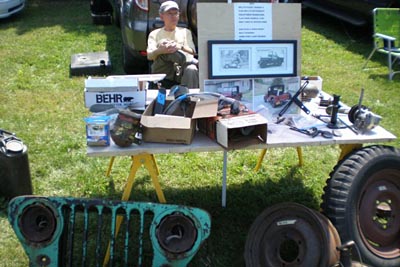 Not to mention tables with a little bit of everything.

Bob Westerman says, "Near the end of the day trophies were awarded in seven different categories to Jeep owners. After the awards we did a Willys cruise around the beautiful Pennsylvania countryside."

Thanks to Bob Westerman and Jacy Marquette for the photos. Also on CJ3B.info, see my visit to the 2016 Picnic. -- Derek Redmond

The Great Willys Picnic website has information on next year's picnic.