Jeeps in India:
The Streets of Bombay 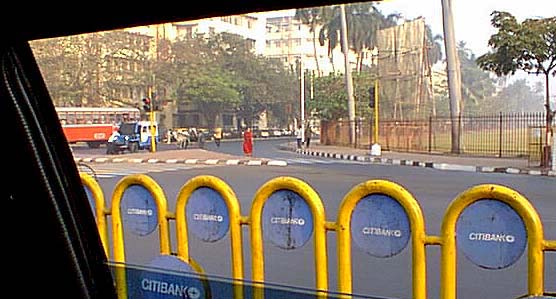 When's the last time you saw a flat-fender with the hood up, at a busy downtown intersection?

Ed Bee's latest dispatch from Bombay is a series of photos grabbed while driving around the city, and they provide a glimpse of a whole different kind of Jeeping. Probably something not too far off what Willys-Overland was still hoping they could sell to North America in the 1950s. 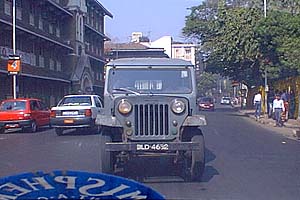 Look out the rear window to see a familiar grille pulling up behind you on a busy street in one of the largest cities in the world. This is clearly not a "sport-utility vehicle" -- it's a hard-working "utility vehicle", plain and simple. 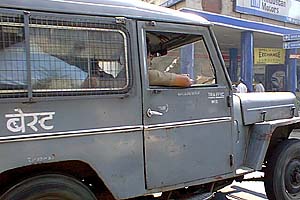 When it pulls up beside the car, you realize it's a long-wheelbase Jeep acting as a mini-bus. The wire mesh over the windows might lead you to think it's a paddy-wagon, but Ed reassures you that it's "used to haul government workers around town." Ed calls it a "stretch 3B." 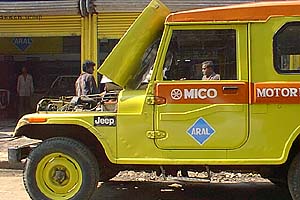 Here's another Jeep getting some roadside assistance. Or maybe it's giving a battery boost. Just because of the paint, this shot reminds me of the Willys promo photo of the orange DJ-3A Dispatcher delivery vehicle. 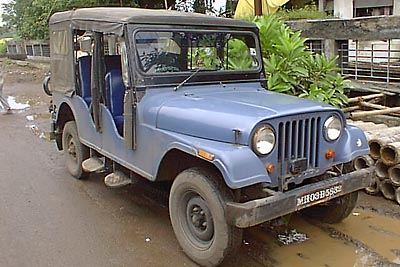 One of those many Jeep variations manufactured under licence by Mahindra is this stretch limo CJ. This 4-door "Commander" model is 1980's vintage; as of 2001 it's still in the catalogue. 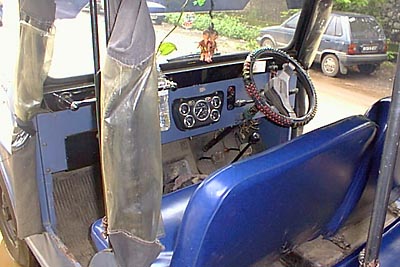 Many Mahindra owners and others are critical of the quality control of the Mahindra vehicles (see Mahindra Jeeps in the UK). One observer says, "These things look pretty good on their web pages. Certainly different in real life. The government sells used ones for about 250-1000 bucks." 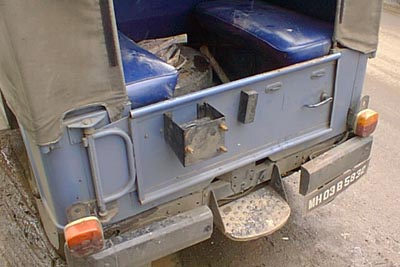 This view of the tailgate of the Commander shows the often-empty spare tire mount, as well as the usual wheelhouse seats for passengers in the rear. A nice touch here is the rear step.

Thanks to Ed Bee in Bombay for these photos. -- Derek Redmond